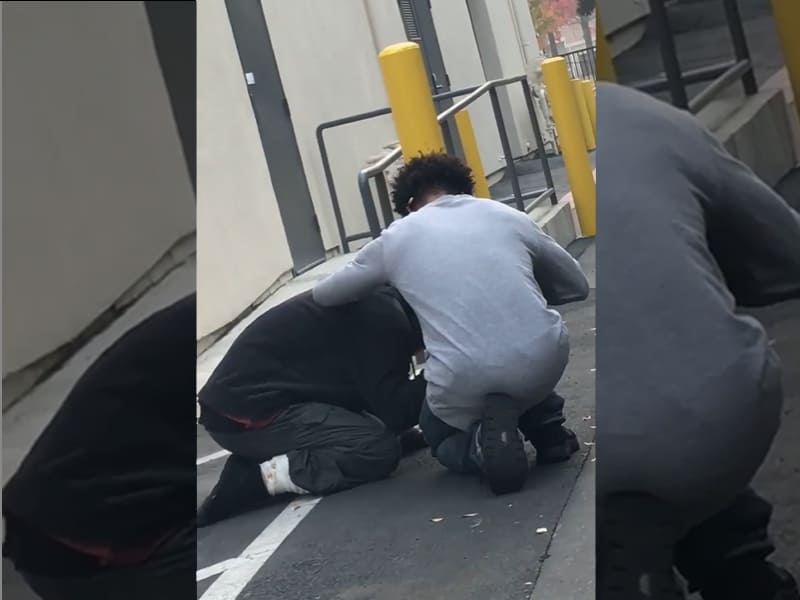 A homeless man weeps and calls out to God as a stranger prays for him.

As cliché as it sounds, the phrase “there’s good in everybody” is ultimately true. Reaching out to help is human nature. And it is embedded in everyone as God designed us. The goodness that is in the Father is radiated through us because we are created in His own image. That is why when we see someone in need, something in our heart urges us to help.

This couple from California was placed in a situation when they were urged to help a homeless man. But it was not like any other experience they ever had, little did they know that they would witness a heart-melting moment!

“This morning my fiancé and I were leaving the wash house when we heard a homeless man name Chance, yelling saying ‘JESUS IS REAL,’” Daejenae Johnson wrote in a Facebook post.

Read also: Todd White Prays For A Satanist On A Busy Street

He asked for prayer

When they rushed to offer financial help, they were surprised that Chance rejected the money and asked something else. All he wanted was to be prayed for.

“It caught my attention, my fiancé got out to give him money. He didn’t want the money, he said he didn’t want to do drugs no more and all he wanted was prayer,” she added.

Right then and there, Daejenae’s fiancé prayed for Chance and it was a beautiful moment!

“As my fiancé start to pray Chance began to crying and calling out to God. At this moment I start crying and this encouraged me so much,” she said.

Nothing can truly satisfy him except for Jesus. Chance had no shoes on and nothing to eat, but he rejected a monetary blessing. He only desired salvation.

It reminded me of a story in the Bible where Peter refused to give a lame beggar silver but instead declared healing to him through Jesus.

This tells us that it is not earthly riches that matter the most, but it is eternal riches. The riches of this world will soon pass away but we’ll carry what we receive through Jesus even after we die. It is what we receive from the Kingdom of God that can truly satisfy us.