BREAKING
Israel-led Team Solves Mystery Why Lightning Strikes Fewer Times Over The Ocean...
Tourism In The Holy Land Is Soaring Back Up To Pre-Pandemic Highs
Lapid Speaks Directly To Palestinians—Offers Them “Another Way” Out Of The Ongoing...
Home Tags Posts tagged with "Welterweight Title"
Tag: 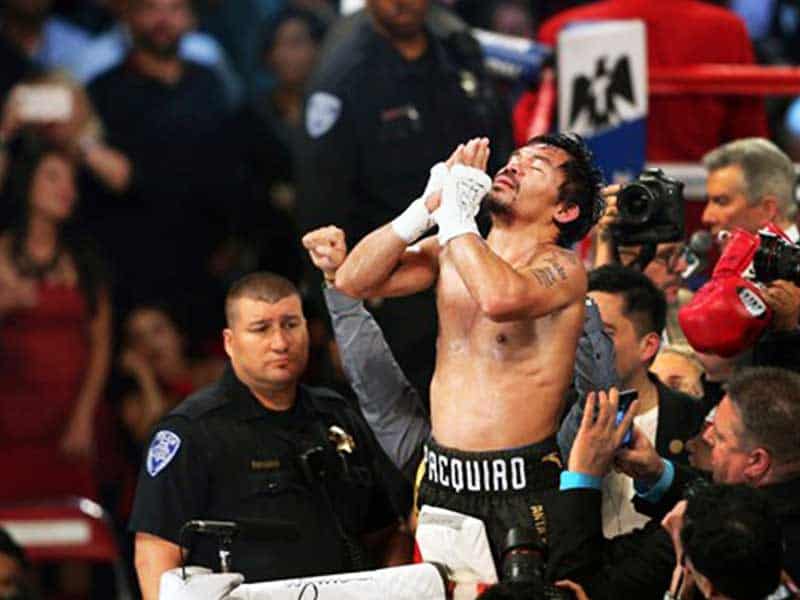 Manny Pacquiao After Winning The WBA Fight: “Thank You Lord For The Victory!”

Once again, the world-renowned, professional boxing champion, Manny Pacquiao, defended the WBA Welterweight title in a fight against Adrien Broner.

Last Saturday night, at MGM Grand in Las Vegas, Manny dominated Adrien throughout the 12 rounds in the ring. During the fight, Adrien found it hard to keep up with Manny especially when he used aggression and speed over him. Adrien could hardly throw a punch to counter back. 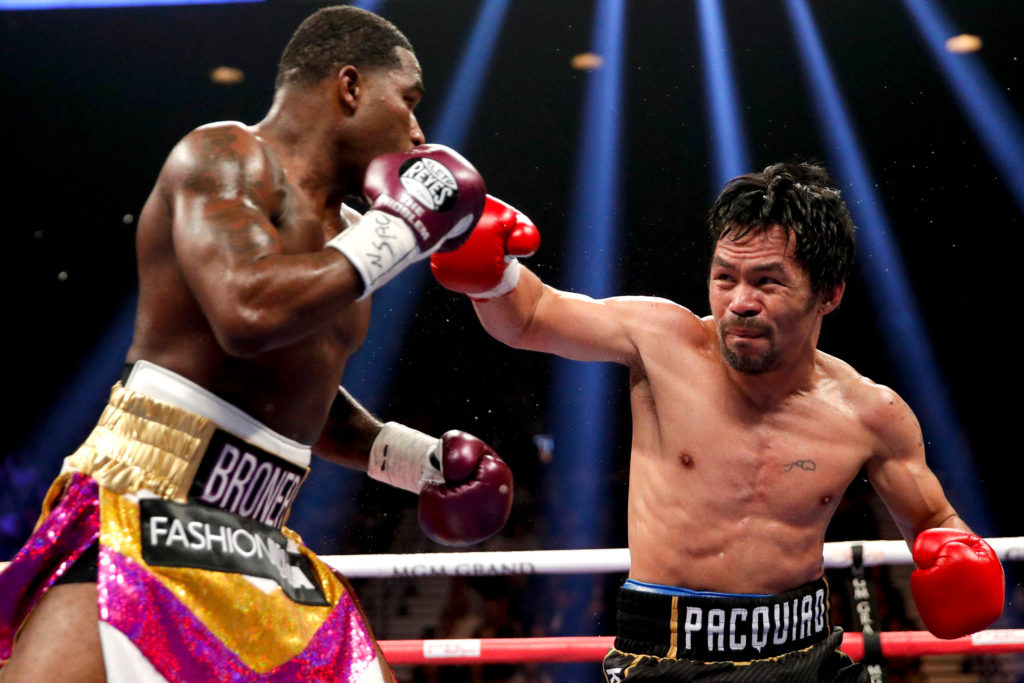 According to the CBS Sports report, Manny snapped out over 70 jabs in the first three rounds, cruising to easy wins as he avoided Adrien’s rare attempts at counters. He also successfully launched a punch on Adrien with his left hand in the 5th and 9th rounds—which is known to have great strength since he is a left-handed person.

In the end, by a unanimous decision, the Filipino boxing champion victoriously retained the WBA Welterweight Title. Manny then posted on his official Facebook Page crediting God for his triumph.

“Thank you, Lord for the victory! Thank you to my wife Jinkee, my family, friends, and fans from all over the world. Thank you to everyone who watched my fight tonight. Thank you for all your support. I wouldn’t be where I am today without all of you. May God bless you all!”

Aside from being a prominent world boxing champion, Manny is also known as a man after God’s own heart. After hearing God’s audible voice, he became a changed man, leaving all his vices behind. Since then, a huge part of his profits go to those less fortunate. He has built homes for the homeless, given provision to the poor, and has given millions of jobs to people in his country through the businesses he has built. Perhaps, Manny acknowledges that it was God who has given him all these things and so he stewards what his gifts, in light of his fear of God. 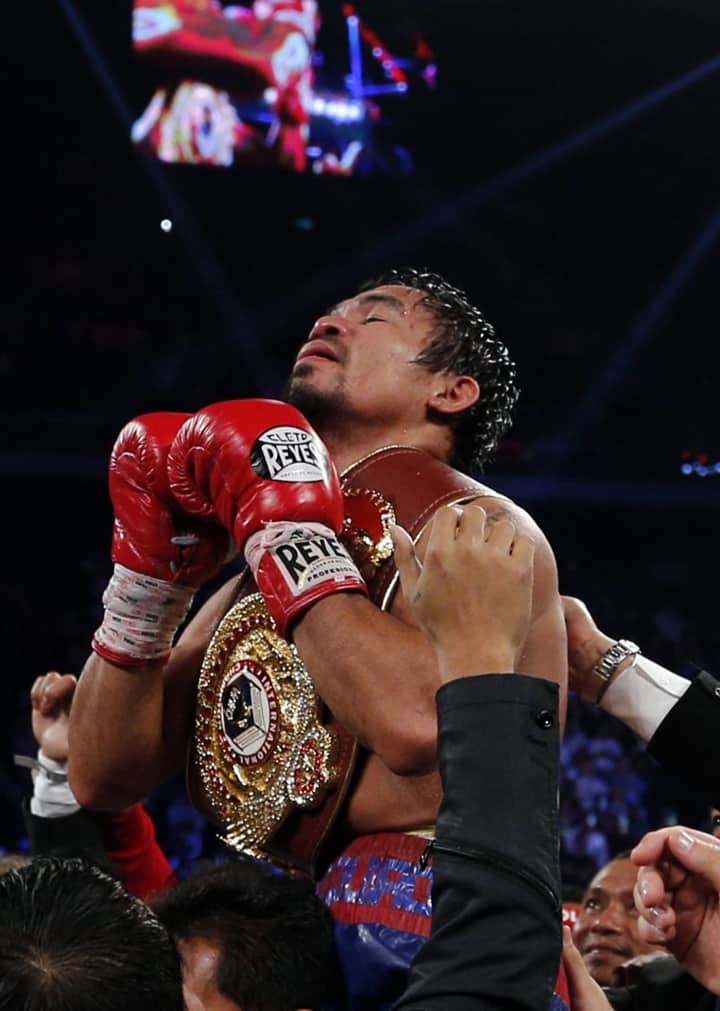 Maybe, winning the fight wasn’t only for him, but for every person who will be blessed with his generosity. For this has always been the will of God.

“I will make you into a great nation, and I will bless you; I will make your name great, and you will be a blessing.” (Genesis 12:2)