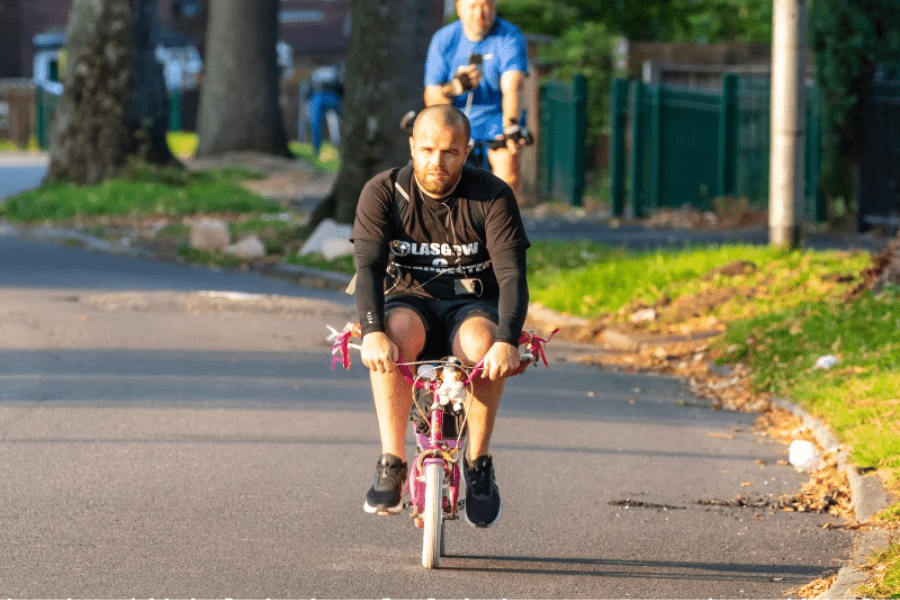 A determined dad cycled for 200 miles across Scotland and England on his 8-year-old daughter’s bike to raise funds for hospitals.

After losing his granddad to cancer last year, Wesley Hamnett was determined to raise funds for various charities and hospitals close to his heart. To do so, he planned on cycling 1,250 miles across Russia to his home in Lancashire. However, due to the restrictions because of the pandemic, he was forced to choose a different path.

The father of two decided to cycle from Glasgow, Scotland to Manchester, England riding a tiny pink bike. The $26 bike with 12-inch wheels is where his two daughters learned to ride bikes. Now, he used the bike for a greater purpose.

After six grueling days of cycling which included a six-hour-long stretch and eight flat tires, he was able to make his trip successful. On September 21, his two daughters welcomed him as he finished his journey. 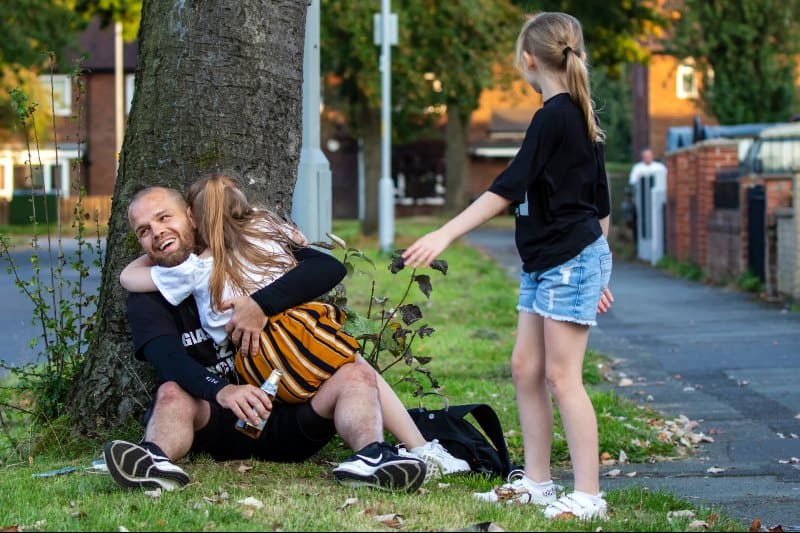 The cargo handler’s journey for a cause includes peaks as high as 1,350-feet at the Shap Summit in Cumbria, England. Though it is clear that the bike wasn’t built for that purpose, he was able to safely cycle through those peaks.

“I kept pushing because any time there’s an uphill climb, there must be a downhill climb. I felt like a little kid going down, I couldn’t stop if I tried. It was scary but amazingly fun,” he added.

Wesley received so much support and raised over $10,870 through his GoFundMe campaign. All the proceeds will be donated to Macmillan Cancer Support, Christie Charitable Fund, British Heart Foundation, and Wythenshawe Hospitals MFT Charity.

The father of two beautiful daughters is hoping to make his trek from Russia to Manchester next year.