What happens when we die 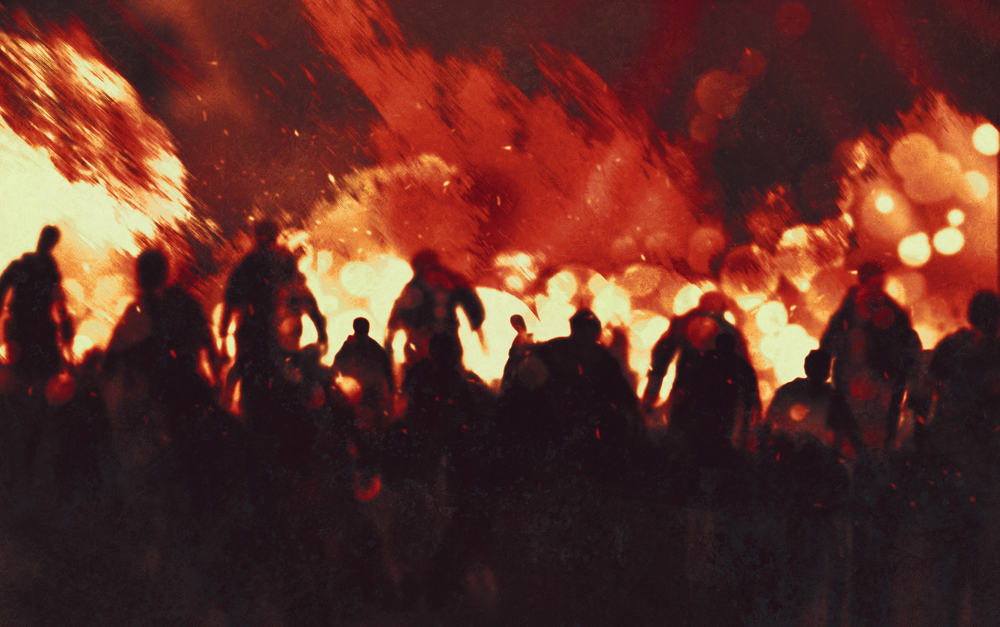 WATCH: He Died And Went To Hell … Here’s What He Saw

He Died And Went To Hell…WATCH

“Hell is definitely real. It’s real. It’s very much real.”
Carl Knighton is on a mission to spread the word about the torment of Hell. And even though twenty years has passed since he overdosed on Valium and found himself in the deepest, darkest pit, he remembers it vividly. Most don’t get a second chance, but Carl is making the most of his.

Carl grew up in a Christian household, and from a young age, he was sensitive to the spiritual world. According to Carl, “I always felt the presence of God. I’ve seen angels of God at a young age and that let me know that God was with me.”

Even though he had been told that Heaven and Hell were real, he had only ever witnessed God and His good protection. He was all but oblivious to the other side – but that wouldn’t last for long.

After Carl graduated from high school, he got a heavy dose of the disappointments and frustrations of adulthood. He joined the military and married, and both his career and this relationship would end poorly and abruptly.

According to Carl, army officers criticized him incessantly, saying, “You’re not doing your job and you should be doing better than this. And you’re not going to ever make the next rank.”

Discouraged, Carl went AWOL, hitchhiking to Columbus, Ohio, to stay with a friend. The next two weeks would pass by in a drug-induced blur.

It was from this hell on Earth that he would enter into eternal Hell – but lucky for him it wouldn’t be eternal. As Carl smoked crack, drank alcohol, and popped pills, he became less and less coherent. Soon, he fell off the couch, loss consciousness, and found himself in complete darkness – a darkness the smelled like the “most rotten thing that you could ever smell in your life.” Meanwhile, his friends thought he was dead.

Carl says that he had been in Hell for over 30 minutes. His first thought when he awoke: “I know that was a loving God that loved me so much.”

Reclaiming The Fruits of the Spirit

Carl decided to make the most of his divinely-given second chance. He returned to Ft. Eustis, Virginia, to suffer the consequences of going AWOL. Among these consequences: a demotion and one-month confinement to barracks. But this confinement provided Carl with the time to fully surrender his life to Jesus Christ.

Carl remarks, “I immediately asked the Lord to forgive me and I repented and put those sins behind me. I went forward in God. I really gave my life back to Christ after that.”

Today Carl is married, and he and his wife actively seek God on a daily basis. Although it has been twenty years since his near-death experience, Carl is more motivated than ever to share the reality of Heaven and Hell with those he meets, encouraging them to accept Christ’s free gift of salvation.

Pay close attention to Carl’s convincing statement of faith: “God loved me so much that he gave me a second chance. And I’m here to tell the story – not a story, but a true testimony – of how awesome God is if people will only listen. And don’t take God for granted. Don’t throw your life away. Accept Jesus as your Savior. “

How does the reality of Heaven and Hell change the way you live today?