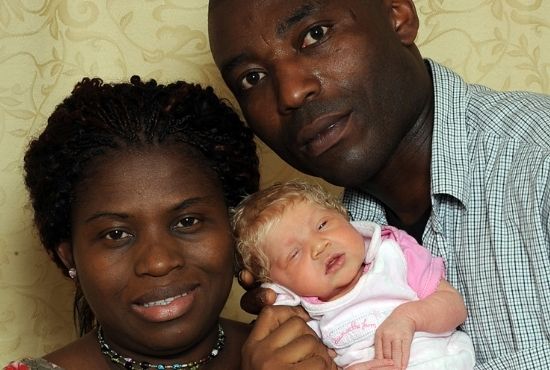 A black Nigerian couple gave birth to a blonde, blue-eyed baby. Her mother has called her a miracle baby.

In 2010, Nigerian couple Angela and Ben Ihegboro made the headlines after they miraculously gave birth to a white baby. They were excited as they wait for their baby girl after giving birth to two older sons. However, they were shocked to finally meet their daughter. She is a white baby with blonde hair and blue eyes.

Ben kiddingly suspected that the baby was not his but he was absolutely certain that she was his daughter.

“Of course she is mine. My wife is true to me,” Ihegboro said at the time. “Even if she hadn’t been, the baby still wouldn’t look like that.” 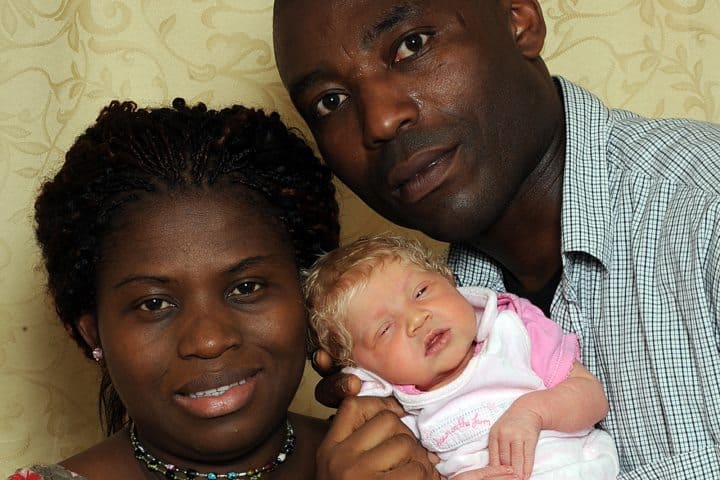 Doctors and scientists tried to investigate why the black couple from London gave birth to a white baby. Genetics experts gave three probably explanations for the incident:

“She doesn’t look like an albino child anyway. Not like the ones I have seen back in Nigeria or in books. She just looks like a healthy white baby,” Ben later said in an interview.

But no matter how the baby girl looked, her parents and brothers were happy to welcome her into their family. Angela even called her a miracle.

“She is beautiful, a miracle baby,” she said.

Everyone is now wondering how does this “miracle baby” looks like now, 11 years later.