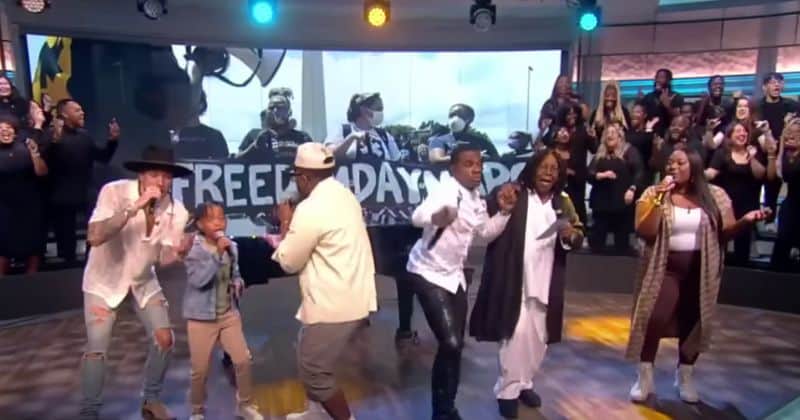 On June 20, Maverick City Music and Kirk Franklin were invited to ABC’s “The View” to celebrate Juneteenth. The artists led the audience into worship as they sang their new song, “Kingdom.” Among those who joined the Christian artist in worship is the iconic actress and host Whoopi Goldberg.

“Lord, let your will be done on earth as it is in Heaven. Until everyone’s free, no one is free,” Franklin said prior to the performance while sitting behind the piano.

Sing Praises to the Lord

Other artists including Naomi Raine, Chandler Moore, and Brandon Lake of Maverick City Music joined Kirk in leading the audience to worship. They were also accompanied by a choir that joyfully sang with them. As the dancing and praising continued, Whoopi and other hosts joined in praising the Lord. The 10-year-old viral sensation Jordan Hollins also joined them on stage.

The “Kingdom” is a single by Maverick City Music and Kirk Franklin from their album “Kingdom Book One.” The entire album was recorded from the grounds of an undisclosed Florida prison where they were joined by thousands of inmates in worship. Earlier this month, the Grammy Award-winning artists launched “The Kingdom Tour” which is still currently ongoing. 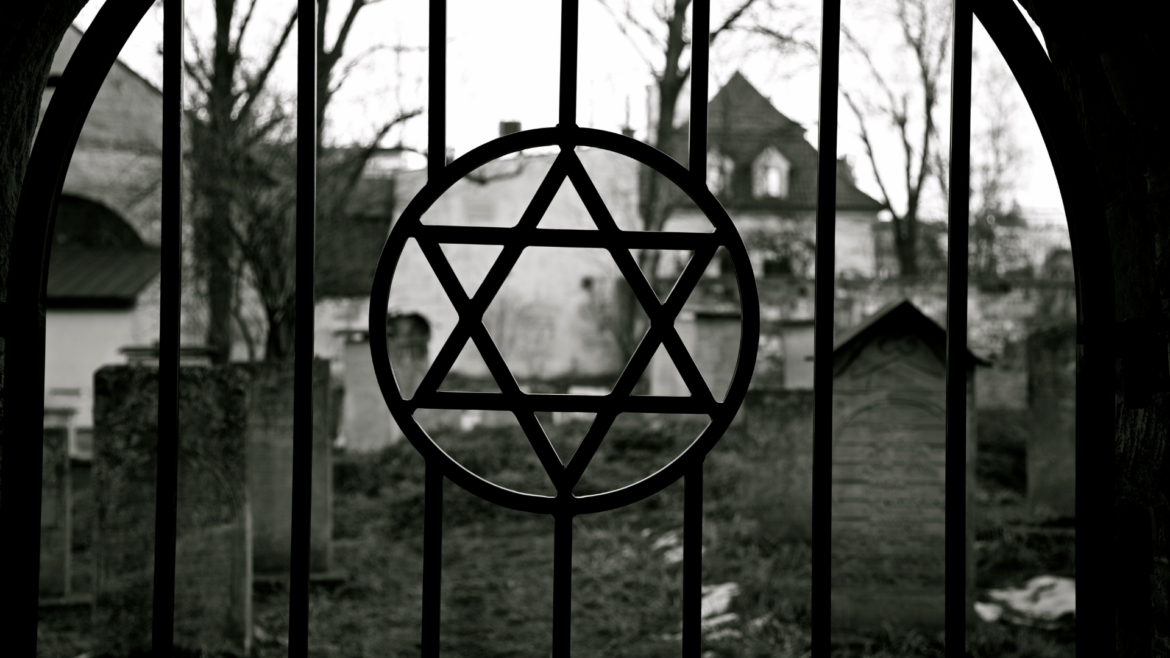 Last week, The View morning talk show hosts discussed a recent decision by a Tennessee school board to ban “Maus,” a comic book-style telling of the Holocaust atrocities, using mouse characters to depict Jewish people and cats to represent Nazis. The board voted unanimously to remove it from its 8th-grade curriculum because it was “vulgar.” This is the same graphic novel, written by Art Spiegelman as a retelling of his parents’ struggles to survive the horrors of the Holocaust, that won a special Pulitzer Prize in 1992.

While all five of the very liberal-to-left hosts supported the ban, Whoopi Goldberg had a very different reason for why she was in favor of pulling the book.

“If you’re going to do this, then let’s be truthful about it. These (Jews and Nazis) are two white groups of people.”

Joy Behar and Ana Navarro (two other co-hosts) tried to steer the conversation in another direction, saying the Nazis “considered Jews a different race.”

But Whoopi persisted. “The minute you turn it into race, you go down this alley.”

The show producers quickly cut to a commercial.

“Shame on Whoopi Goldberg, apparently she could use some education on the Holocaust,” tweeted Ellie Cohanim, former US Deputy Special Envoy to Combat Antisemitism. “Hitler’s entire propaganda machine spewed the message that Jews were an inferior race to Germans who were a pure ‘Aryan race.’ And then they murdered six million Jews based on this belief.”

Later that day, Goldberg issued an apology. “On today’s show, I said the Holocaust’ is not about race, but about man’s inhumanity to man.’ I should have said it is about both. As Jonathan Greenblatt from the Anti-Defamation League shared, ‘The Holocaust was about the Nazi’s systematic annihilation of the Jewish people—who they deemed to be an inferior race.’ I stand corrected,” she said. “The Jewish people around the world have always had my support, and that will never waiver. I’m sorry for the hurt I have caused.”

Whoopi says she “identifies” with Judaism—her birth name is Caryn Elaine Johnson, but she adopted the stage name Whoopi Goldberg because it sounds Jewish. She says she isn’t religious, but she observes the Jewish holidays, and she designed a Hanukkah sweater for Lord & Taylor in 2016.

Unlike Roseanne Barr, who was fired in 2018 by ABC for her racist tweets, the network only gave Whoopi a two-week suspension for her remarks. And other The View co-hosts moved on with the show as if nothing had happened.