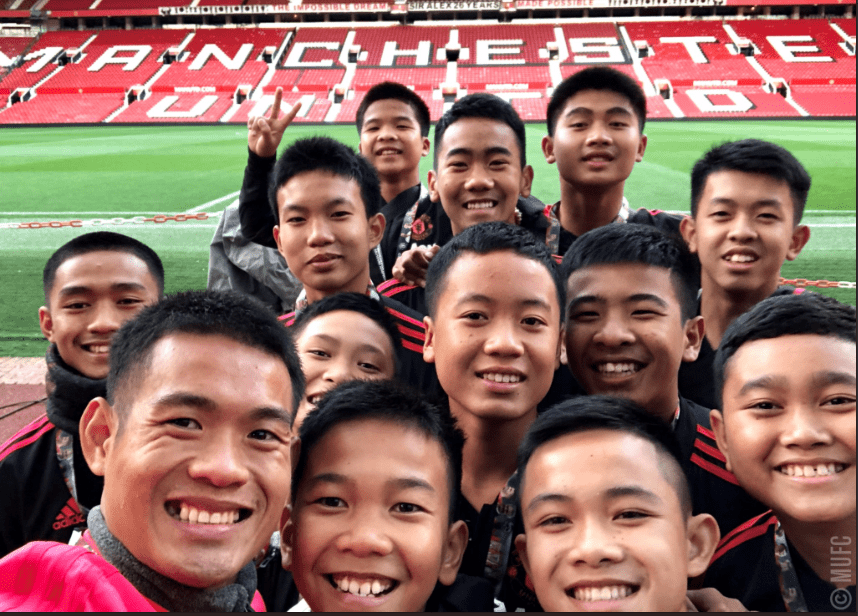 Ironically during this year’s Fifa World Cup football fans across the globe were captivated by the plight of an amateur team not even in the tournament. In fact the focus of the whole world was on the Thai youth football team, trapped below the world’s surface thousands of miles away from all the on field action in Russia.

The 10 boys and their soccer coach were finally found after being missing for several days. That in itself was a miracle. However such was the predicament of the team, known as the Wild Boars that rescue seemed almost impossible. Imprisoned by rising Monsoon rainwater in submerged tunnels it was only through the work of brave and expert divers that the boys were finally brought to safety after 17 days in a nail-biting finish to what could have been an awful tragedy.

It’s not surprising then that the FIFA President Gianni Infantino, who was said to be anxiously following the news of the rescue operation, invited the boys to the Word Cup Final on Sunday 15 July at the the Luzhniki Stadium in Moscow – if they got out of the cave in time. This invitation must have given the boys such hope and thankfully they and their coach were rescued just before the final. However they were taken straight to hospital where they spent several more days.

Unfortunately the team couldn’t take up the FIFA invitation, but in another wonderful surprise, they were also invited by Manchester United to visit the famous Premier League Team’s home grounds at Old Tafford. Now this weekend the boys are in England to watch Manchester United play Everton. Manchester United coach Jose Mourinho gave the team a warm welcome and it’s wonderful to see the sheer joy on the boys faces – it must be so exciting for them to meet some of their sporting heroes.

What a fitting finale to a story that caught the imagination of the world. A good news story that restores our faith in humanity. That in a world with so much division, so many nations sent help to Thailand in their hour of need, including divers from the UK. Now the boys are in the UK being celebrated as heroes. What a turnaround, they are now inspiring top footballers! 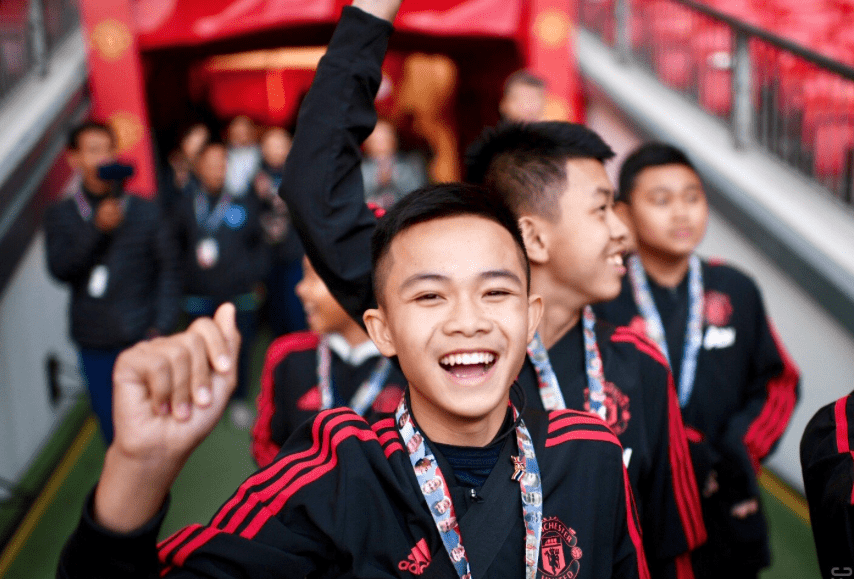 In the hight of the Thai Cave rescue mission GOD TV called believers to pray in earnest for the boys and we believe their safe rescue after 17 days of being submerged was a divine intervention. Here are 9 Reasons Why the Thailand Cave Rescue Was Miraculous.

We too have a rescuer

Being trapped in a dark place without any chance of survival without the direct intervention of a rescuer is a situation many people in the world find themselves in today. Ephesians 2:12 describes this as “without hope and without God in the world.”  That is a very sad and difficult place to be in. However there is as Saviour, His name is Jesus and He is always ready to hear our cry. The Bible says anybody who calls on Him will be saved.

For the Thai football team they were piggy-backed to safety by a team of expert divers who risked their lives. In fact one diver gave his life for these boys, paying a very high price. This echoes the ultimate sacrifice Jesus paid for our salvation, not only giving up His life for us but by taking our sins upon His body – the Lamb of God who takes away the sins of the world.

Though most of the Wild Boars are Buddhist there is one Christian, who played a key role in the rescue as he is able to speak English. He learnt the language at a Mission Church. This speaks of how willing God is to go to find the one lost sheep whether that be you or me and how once we have come to know Jesus we should reach out to others and share the Good News as modern day media missionaries.

Give your life to Jesus today and make Heaven your eternal home!