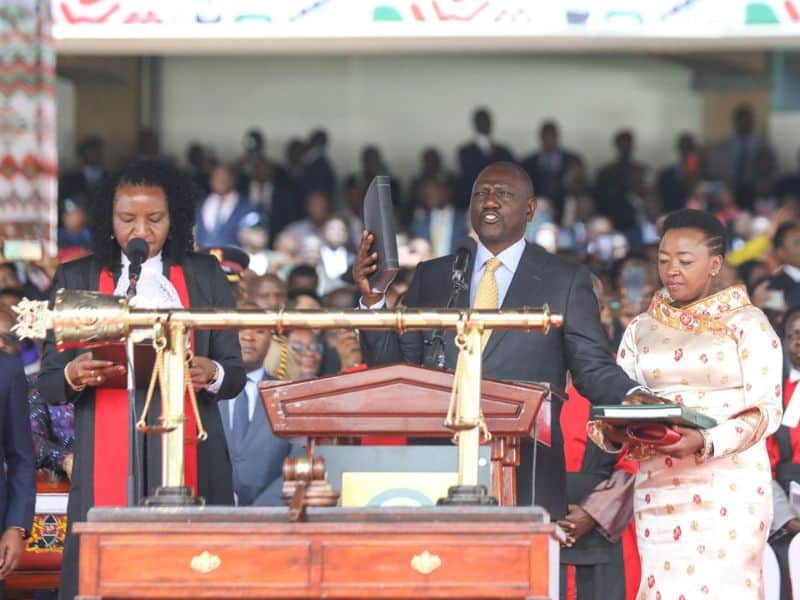 Last September 13, William Ruto was sworn in as President of Kenya. He is the country’s first Christian president. And during the ceremony, he held the Bible, signaling his dependence on God’s word.

“I, William Samoei Ruto, in full realization of the high calling that I assume as President of Kenya, will be faithful to the Republic of Kenya and will obey, preserve and defend this Constitution,” President Ruto declared at the Kasarani Stadium.

President Ruto narrowly won the August 9 election against the opposition, Raila Odinga. The election ended peacefully this time, in a history of troubled ones.

During the presidential campaign, his opponents labeled him as “deputy Jesus.” Though the motive was to mock him, Ruto’s team adopted the nickname in his favor. It became a badge of pride for all followers of Jesus.

When the Supreme Court upheld his win, Ruto and his wife Rachel knelt down and prayed, tearfully thanking God for His grace upon their lives. 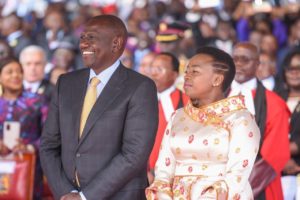 Kenya proclaims to be 85% Christian, resulting in a favorable win to former pastor now president Ruto. Most people believe in Ruto’s promise that the nation will be guided by strong Christian leadership. He once said to a congregation in Nairobi, “Kenya is a republic that worships God. There is no room for homosexuality in Kenya.”

In his first tweets as president, Ruto quoted verses from Bible to illustrate his beginning as leader of the country. He referenced Proverbs 3:5-6, which says, “Trust in the LORD with all your heart and lean not on your own understanding; in all your ways submit to him, and he will make your paths straight.”

Trust in the LORD with all your heart and lean not on your own understanding; in all your ways submit to him, and he will make your paths straight. Proverbs 3: 5-6 pic.twitter.com/rbKYVK5cOU

Both verses show how he will depend on God in his every decision and that his presidency is God-ordained.

Let us pray for our brother in the Lord, President William Ruto, as he will partner with God to establish His kingdom over Kenya and that many more will receive Jesus as Lord. Revival for Kenya!