BREAKING
Israel-led Team Solves Mystery Why Lightning Strikes Fewer Times Over The Ocean...
Tourism In The Holy Land Is Soaring Back Up To Pre-Pandemic Highs
Lapid Speaks Directly To Palestinians—Offers Them “Another Way” Out Of The Ongoing...
Home Tags Posts tagged with "Word of Knowledge"
Tag: 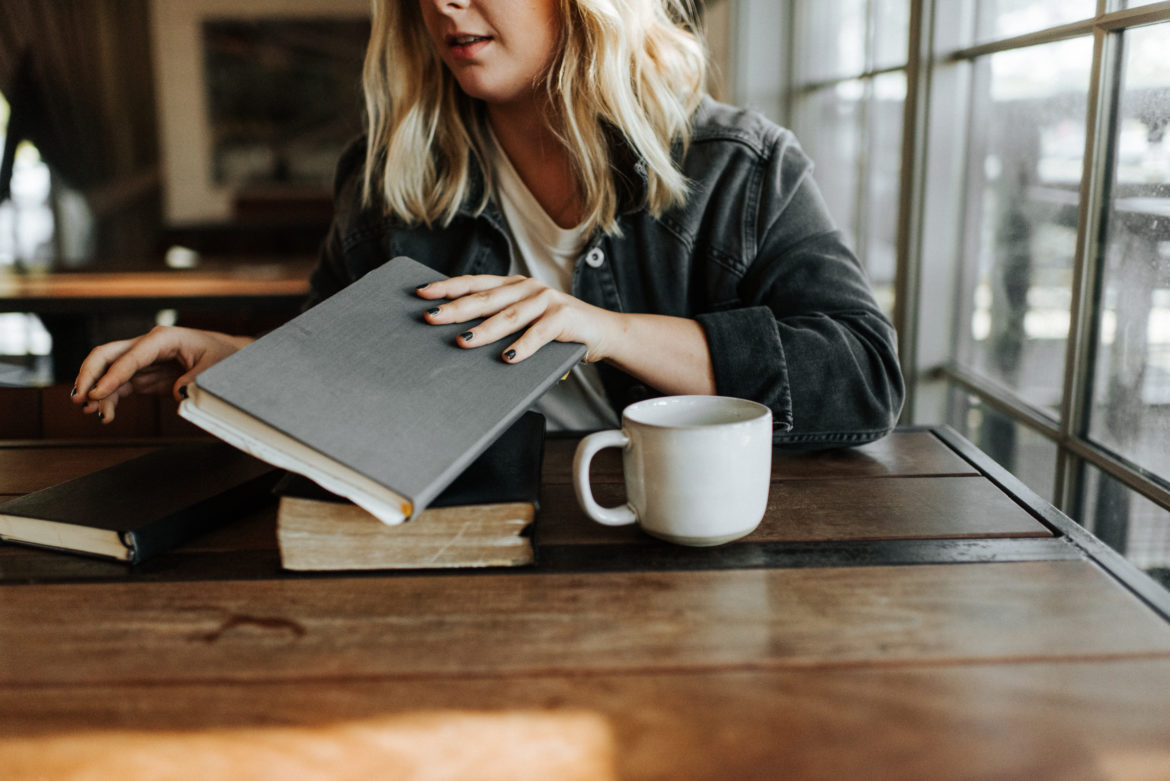 You Hear The Voice Of God

I want to encourage you today, that you hear the voice of God. You may not hear the voice of God the same as your pastor or your friend, but He speaks to you. In the Bible it says, “My sheep hear my voice.” I have a testimony to share about hearing the voice of God. One day I was in my car and I turned on some worship music, and I was just worshiping the Lord. I was just singing to Him about how beautiful He is. And I was actually on my way to a store to get something that I needed, and I heard the Lord just drop the word “brother” into my spirit. And I’m like, “Hmm, somebody’s brother needs help. Somebody’s brother is in trouble.” So that’s all I really knew, and I kept driving. I got to the place where I needed to be. I shopped around a little bit and a woman was highlighted to me and I’m like, “It’s her brother. It must be hers.”

So I just talked to her for a moment, and then I just asked her, I just felt this boldness and this permission to just go straight for it and say, “Hey, do you know Jesus?”And she said, “Yeah, actually I was just talking to Him this morning.” And so I said, “Wow! I was just talking to Jesus, too. And I was wondering, do you have a brother?” And her face got like, kind of solemn. And she’s like, “Yeah, I do. We don’t talk. He won’t answer my phone calls.” And I said, “Well, I was just praying and worshiping, and I felt like to come in here to encourage you, to tell you that your brother’s going to be okay. ” And she decided that she was going to call her brother and leave a message for him, simply telling him that she loves him and that Jesus loves him.

So, I’m so excited! I don’t know what’s going to happen, but I believe that because God loves this brother so much and He spoke it to me, and I shared it with her, I believe that there’s breakthrough coming for that man and for her. And she said, “Thank you, that really made my day.”So just know God speaks to you as well. And it’s not just for ourselves. It could be for somebody else to get saved, and I believe that I’m going to meet that man in heaven someday. 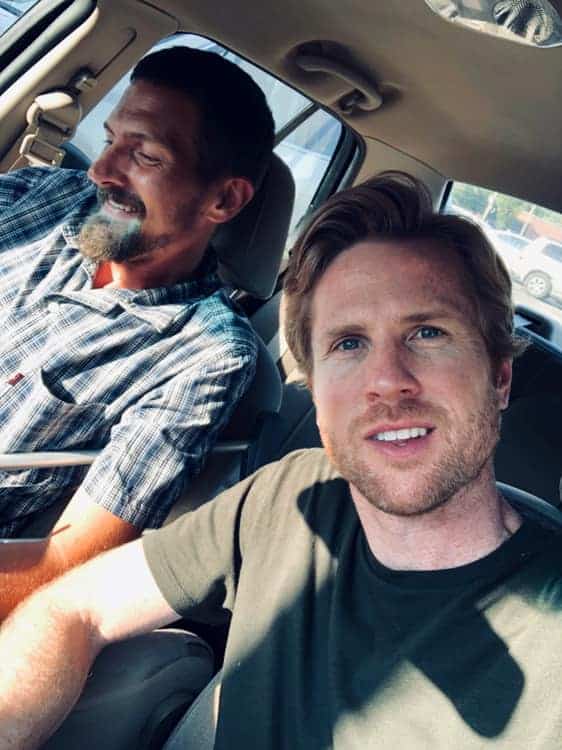 I haven’t shared a street testimony in a while. Today, I was coming out of prayer and spotted a tall, lanky man on crutches walking by our church’s window. He looked hot and miserable, so I decided to run after him to see what Jesus would do.

I merely introduced myself as the pastor, and he launched into a 15 minute monologue about his belief system. No prompting, no questions asked. ???? Listening intently, it was obvious he was well-read and articulate, but had difficultly maintaining a theme or single stream of thought. His beliefs were a kind of heterogenous mixture of major world religions, pagan practices and philosophical notions.

After a long while, during a momentary pause, I said, “I have just two questions for you.”

“First, did you sketch or draw a lot when you were a child / teenager?”

“Yes,” he replied. “I did that. I played instruments as well.”

I said, “Yeah, I see you have an artistic gift in those areas.” Looking down at his freshly wrapped foot, I continued, “My second question is, how much pain is in your foot right now?”

I bent down and prayed for it once for about 20 seconds, commanding pain, infection, and inflammation to go in Jesus’ name. Then I asked him to check it honestly. He leaned once, then started walking back and forth on it before looking up with a kind of subdued shock. He said, “There’s no pain now.”

I said, “Awesome. How do you think that happened?”

He replied, “I felt that when you prayed. I know you are carrying something real.”

I said, “Rocky (his name), for fifteen minutes you’ve told me all of your theories and observations about life. At the end, you stated you believed you were right about most of it, because you’d studied thoroughly, used critical observation and logic. But how is that all working out for you? Are you at peace? I just prayed simply for 20 seconds in Jesus’ name, and your foot is truly healed. Check it again; walk on it fully.”

*he checked it thoroughly and still no pain*

I continued, “Look man, I have a brain too. I’m a college grad and actually enjoy philosophy. But all of these “observations” aren’t leading you to the source of love and life you’re looking for. Instead of trying to sort through a thousand ideas to discover your way, what if the Way just introduced Himself to you simply? He just healed you through a stranger, because He loves you. What if at the source, it’s actually really just about a Person? What if everything else flows from Jesus?”

This intrigued him, and so we drove to grab a meal. For the next hour he talked to me about supernatural powers he’d discovered through pagan studies involving strenuous focus and mental exercise. He even said with intense concentration he’d often made people who seemed to have spirits leave him alone, but he could never seem to cast them out of the people themselves. He didn’t know why.

I said, “I do. Remember the story of Moses before Pharaoh? Pharaoh’s magicians and sorcerers could turn their staffs into snakes also, but Moses’ snake from the staff swallowed up all of the others.

Nothing else compares to Jesus. He can give you gifts to use that are greater than all others, but His ultimate purpose is to know you and you know Him. Then, instead of groping in the dark to try to discover all of these powers and principles, using them for selfish gain, you’d learn to use them how the author intended. You’d use them for God’s glory, to reveal His love.”

He really listened and began to say, “I think I understand. I’ve been doing this all for myself, trying to discover God’s principles, but not Christ Himself.”

I said, “You’ve got it, man. Do you want to misuse God’s stuff or do you want to really know God? Because He wants to know you.”

I dropped him off a few minutes later. Before walking off without using his crutches, he thanked me and said he’d like to come to our church.

Jesus is the most intelligent Being in the universe, and there’s nothing wrong with having a mind. But at the end of the day, it’s really simple. It’s knowing a Person. Jesus made it so simple, in fact, shepherds, fishermen, even prostitutes could get into the kingdom easier than most “religiously trained.” Christ’s gospel is the great equalizer! 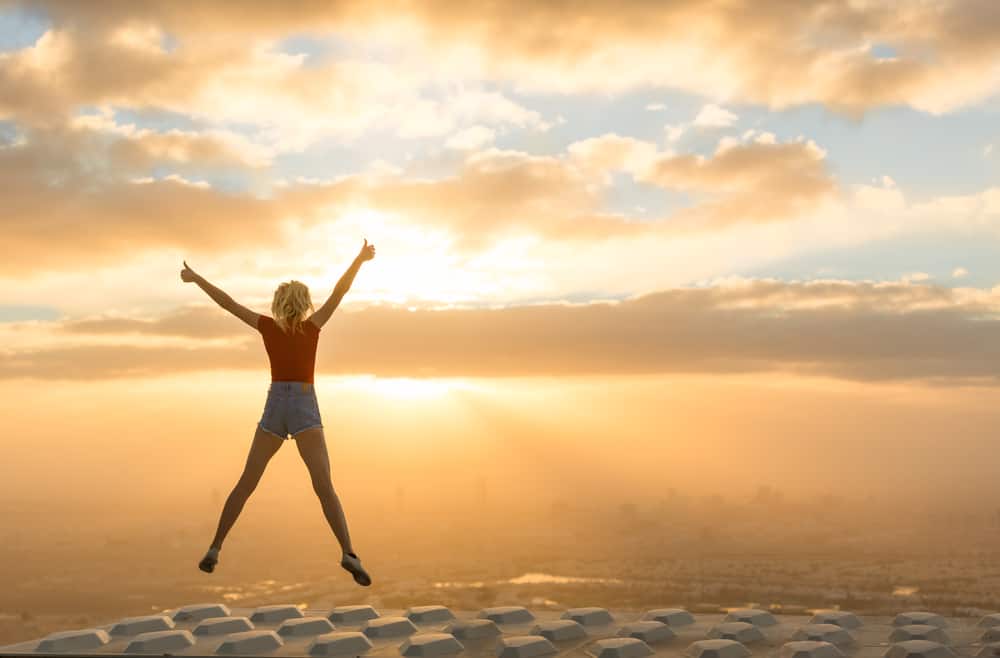