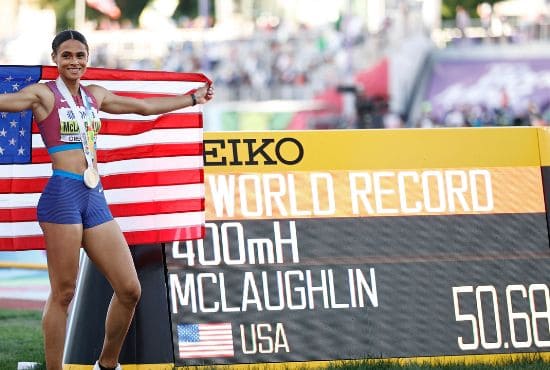 Christian athlete Sydney McLaughlin gave God the glory after setting a new world record. She says that it was God who gave her the strength to do it.

On July 22, Sydney McLaughlin won her first world championship gold medal. The track and field superstar won the women’s 400-meter hurdles event and set a world record in just 50.68 seconds. It is her fourth time setting the event’s record.

“There are no words. We are witnessing GREATNESS,” NBC Olympics wrote on their social media account alongside a video of Sydney breaking the record.

She previously made a world record at the U.S. Championships a month ago with just 51.14 seconds. Last summer in Tokyo, she also set a world record at 51.46. Now, she’s the very first woman who finished the race in under 51 seconds.

“I’ll have to start off by saying all the glory to God,” Sydney said. “These past few days getting ready for this race, Hebrews 4:16 has been on my mind. Coming boldly to His throne to receive mercy and grace. And I think He really gave me the strength to do it today, so all the glory goes to God.” 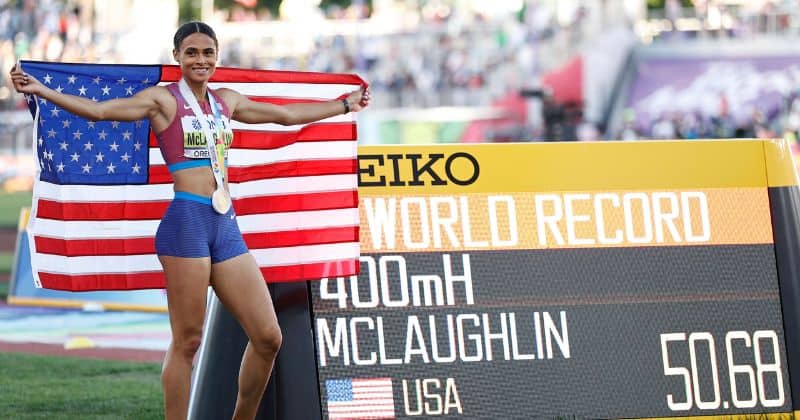 In an interview following her win, she gave God the glory. She also expressed her gratefulness for bringing a gold medal to her country.

“Coming into this race, I just wanted to go out there and attack the whole thing. Bobby [her coach] and I have been training for this all year and we wanted to go execute. The last 100 hurt really bad, but I’m grateful for it and I’m grateful for that time and bringing a medal home to team USA.”

The 22-year-old athlete has always been outspoken about her faith. In an interview with Spectrum Podcast last year, she shared how her relationship with God became her identity.