Home Tags Posts tagged with "You Are Great"
Tag: 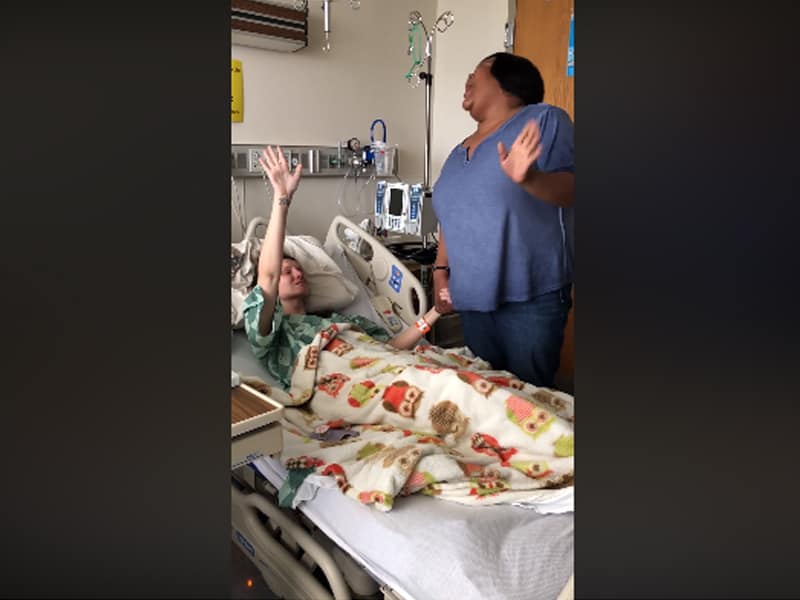 A powerful video of a woman and a cancer patient worshipping God was posted on Facebook and has gone viral!

Mallorie Bush Cochran was suffering from cancer while 22 weeks pregnant with her baby girl. Just a few days before her chemotherapy, Jamina Johnson came to her hospital bed to worship with her. The powerful moment was captured on camera and was posted on Facebook by Mallorie’s father, Walter Bush.

“Well we had ‘church’ today! Thank you so much Ms Jamina for coming by and singing and praying with Mallorie,” Walter captioned his post.

Walter’s post has already been shared over 9,300 times! People who watched the video were praying for Mallorie’s complete healing and her baby’s safety. Hermano Juan Manuel Vaz reposted the video and it had over 2.3 million views!

This is such a wonderful moment to watch as Mallorie holds on to her only hope during her “darkest” moment. Her only hope is found in Jesus!

“Lord heal this precious soul. You can do everything because You are the Almighty God, in the name of JESUS CHRIST AMEN,” a comment on the video stated.

“You are great. You do miracles so great. There is no-one else like you,” Jamina sings powerfully in the video as Mallorie raises her hand in praise.

Today, a year after the video was recorded; Mallorie is doing well and her baby daughter is now seven months old. Yes, it is true that God can do great miracles!  How wonderful that He has healed Mallorie from cancer!