BREAKING
At Least 1 Killed, 22 wounded In Bombing In Jerusalem by “Organized...
United Arab Emirates To Include Holocaust Education In School Criteria
US Group Wants Israel To Become Key Hub For Medical Supplies, Replacing...
Home Tags Posts tagged with "You Do You"
Tag: 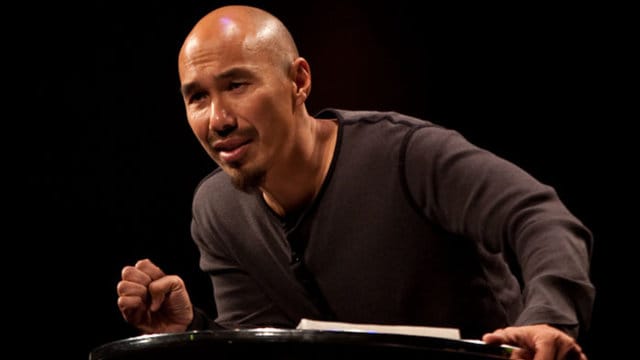 Watch Francis Chan: The Disastrous Consequences of Settling for Sin

The Disastrous Consequences of Settling for Sin- Francis Chan

You know the firm grip of temptation. It doesn’t nudge you; it pulls you in and enraptures you. Everyone–even and especially Christians–knows temptation and sin intimately. According to C.S. Lewis, “Only those who try to resist temptation know how strong it is.”

Christians set themselves up for failure, frustration, and disappointment if they expect to be perfect and flawless after saying the prayer of salvation. We must turn away from sin and towards God in a daily, moment-to-moment surrender.

In a recent sermon, the dynamic and inspirational Christian leader Francis Chan points us to the source of light that is so bright and consuming that we forget about the vice-grip of temptation.

Sin and its Devastating Consequences

Sin is not a fun subject to discuss. If you bring it up as campfire conversation with friends, you will not be the life of the party. It makes anyone feel uncomfortable and inadequate. Perhaps because of this, our culture has mistakenly diminished the consequences of sin. “You do you … it’s all good” has become the secular motto.

But eliminating the concept of sin and its consequences has it’s own set of dire consequences. Look at the great Jewish King David. He was a man who passionately pursued God’s heart. In 2 Samuel, we find a battle-scarred and triumphant warrior-King who let sin subtly infiltrate his life.

After he decided to take another man’s wife for himself, David lost his way and became an ineffective king for several years. Even after repenting of his sins and begging for God’s forgiveness, perhaps he mistakenly concluded that he was no longer of use to God. Because of David’s weak leadership during this time, many innocent people died as ungodly leaders tried to fill the leadership vacuum.

Sin is one thing. But glorifying the source of sin over God hurts God’s heart. In his sermon, Francis Chan quotes Jeremiah 2:2-5. Keep in mind, this is God speaking through the prophet Jeremiah, “I remember the devotion of your youth … how you followed me in the wilderness, in a land not sown … What wrong did your fathers find in me that they went far from me, and went after worthlessness, and became worthless?”

Like King David, the Israelites before him had turned from God, even after He had lovingly cared for them in the wilderness. They even began to worship inanimate objects (a golden calf?!) over the omnipresent, all-powerful God. Like many of us, these Israelites had personally experienced the loving kindness of God’s presence, but let temptation overwhelm their lives.

It is these Israelites (as well as us) whom God addresses in Jeremiah 2:13, “For my people have committed two evils: they have forsaken me, the fountain of living waters, and hewed out cisterns for themselves, broken cisterns that can hold no water.”

Our “worship” of idols (whether celebrities, money, or materialistic goods) does not please God. Why? Because it wreaks havoc on our lives, driving us away from the master plan that God has specially designed for us. There is no life in these temptations; these “cisterns” hold no water. Just as a devoted father yearns for the love and devotion of his children, God jealously pursues our hearts.

Our society is not the first to be led astray concerning sin. Ancient Corinth was a soulless society devoid of a moral compass, and early Corinthian Christians were hard-pressed to avoid sin.

But in his letter to the Corinthians, Paul boldly combat’s sin and its disastrous consequences by calling sin by name: “Or do you not know that the unrighteous will not inherit the kingdom of God? Do not be deceived: neither the sexually immoral, nor idolaters, nor adulterers, nor men who practice homosexuality, nor thieves, nor the greedy, nor drunkards, nor revilers, nor swindlers will inherit the kingdom of God” (1 Corinthians 6:9-10). While the world accepts sin as “no big deal,” God has a far different conception of sin.

Okay, okay so sin is a problem. But how the heck do you resist its overwhelming pull? Francis has some life-changing advice: Become so focused on your love relationship with God that you don’t notice the sin right in front of your face. As Paul encourages Christians in Hebrews 12:2, fix your eyes on Jesus, “the founder and perfecter of our faith.”

According to Francis Chan, there is precisely one reason why you should walk away from whatever sin you face today, “God is better. He is so much better. It’s not even a comparison.” Have you ever been fulfilled by “you do you?” If not, turn your full attention to the One who gives life and purpose: God.