BREAKING
Catch a Ride on a Shared Scooter—“Micro-mobility” Coming to Tel Aviv Next...
Israel Military to Conduct First-ever Simulated Strike on Iran
‘Injury to the Heart of Iran’: Details on the Life and Death...
STAND WITH UKRAINE
Home Articles Taking Impossibilities and Turning Them into Challenges

Taking Impossibilities and Turning Them into Challenges 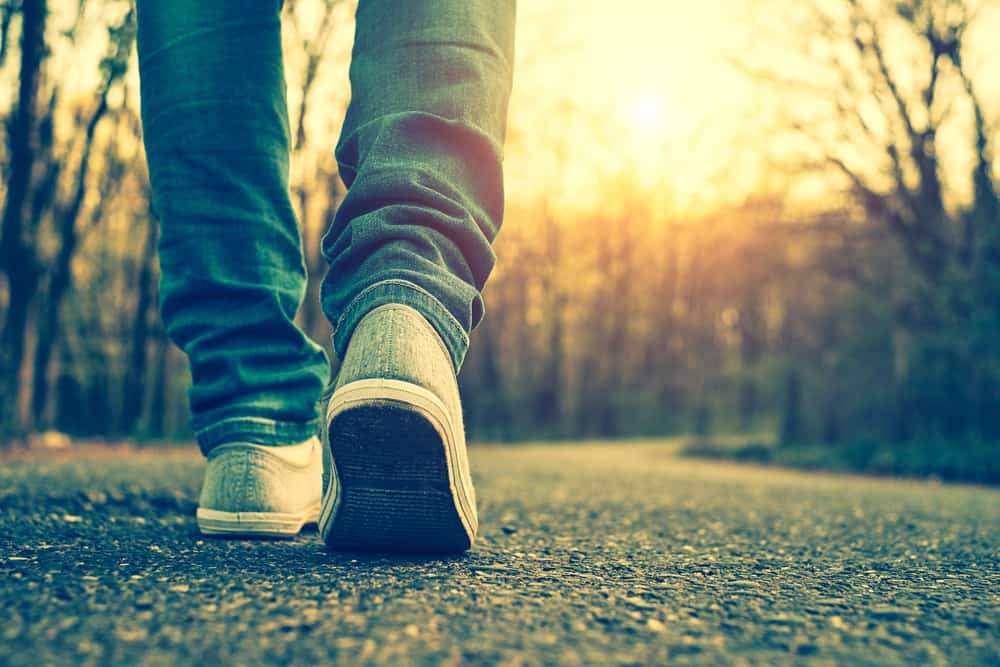 My Bible College’s motto was “Impossibilities Become Challenges”. I remember the excitement of enrolling and being accepted. I was three years into my rededicated life as a Christian. I had been through a couple of discipleship courses and was a Youth Group Leader at my church. My life was overflowing with deep Bible study. I loved reading, studying, and memorizing God’s Word. The next step of attending a Bible teaching college seemed logical.

My Youth Pastor had attended the same college. I heard stories about how God changed his life through his four years. It was partly because of him that my rededication came to be and the main reason I chose IBC as the school to attend. While it was a crazy time in my life, I made the decision to relocate. I was living in Southern California and IBC was in San Antonio, TX. A big change, even for a 21-year-old. But our God is an Amazing God. He worked through the situation and it gave me the opportunity to answer the call on my life.

Christian Life is not Problem-Free

God does that. He takes the negative and makes a positive. There are too many Christians that think just because they bear His name that life should be problem free. That Christianity is joining a club and life should be smooth sailing until Kingdom Come. Then the moment they feel the slightest bit of pressure, they jump ship. “This is not what I signed up for,” they say. What makes things worse is when they blame God. “Why did you do this to me? You are supposed to love me!”

God does not promise us a trouble-free life. He does, however, promise us He will be there when we experience trouble. That help is not to get us out of the situation, but to see us through the situation. His Word tells us in John 16:33 that we are destined to experience hardship in life. But the second half of that verse reminds us not to worry that He is in control.

It was tough to pull up roots and relocate my life. I had family and friends questioning my decision. I have to be honest, there were extenuation circumstances that made it illogical for me to leave. You see, I had a son. His mom and I were estranged at the time, and that was the only real thing that was holding me back. In real world terms, it would have been irresponsible for me to leave. But God had other plans. The biggest thing that I kept on coming back to, was Him saying, “Trust me.”

Finances were tough as well. I barely had enough to get myself in the door, but I was able to secure a job, two in reality, that helped support my college education. “Trust me,” God would tell me. And gosh, did I learn to trust Him. There was no feeling behind my actions, it was a sincere leap of faith.

It is one thing to be impulsive and act based on a mood or a “gut feeling”. It is quite another thing to act according to trust. An impulse, mood, or gut is unreliable. It can be misread and fail you. Trust is acting based on the knowledge of the one who is asking you to act.

“Trust in the Lord with all your heart, and do not lean on your own understanding. In all your ways acknowledge him, and he will make straight your paths.” (Proverbs 3:5-6)

Keep in mind, He does not light the entire path. He gives us just enough to take the next step. And when we reach our destination, and look back, we realize that the next step was just enough.

I love the song “What Faith Can Do” by Kutless. Part of the lyric says, “It doesn’t matter what you’ve heard, impossible is not a word. It’s just a reason for someone not to try.” Simple, but so profound. Jesus tells His disciples that all they need is Mustard Seed Faith and the can move mountains. If you don’t know about mustard seeds, they are the tiniest round seed there is. Yet, that little seed grows into a bush that can reach up to 20 feet. It is amazing that something that small can grow into something so enormous. That is what faith can do when we exercise it.

I am the type of person that when someone says, “That’s not possible,” I am instantly looking for a way to do it. I remember right before I left for Texas our Youth Group attended a ministry event where Wesley “Two Scoops” Berry spoke. He was an athlete who had competed on a 90s television show called American Gladiator. In addition, he was known for being able to leap over a car. He performed this stunt at the event we were at. Something that most people said, “That’s impossible,” he did.

Two Scoops explained that he drew his strength from Christ. He led the twenty thousand plus of us in attendance in a chant. It was not so much the content, but the cadence at which it was said that affected me. It was the familiar verse, Philippians 4:13. He would say a part of it, and we would echo. It went something like this: “I can do” we’d echo; “all things,” we’d echo; “through Christ,” we’d echo; “who gives me strength.” He had us go through it several times, increasing the speed at which we said it. Very powerful. Now every time I hear that verse, my mind reads it with the emotion we all felt that evening. A true memory burn.

He accomplished the very things that people said were impossible. He was small, he was light, but he overcame the impossible to become one of the greatest competitors American Gladiator ever had. He had that fire, “Tell me I can’t do something, I’m gonna do it.” That example helped me answer the call on my life that led me to Texas. 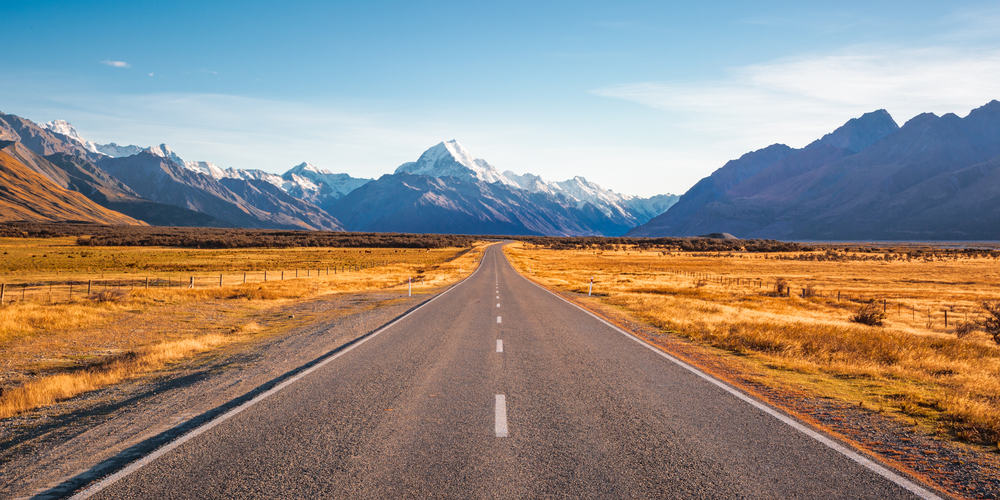 Where He Guides us…

God always directs us along a path and when that season of our life is complete, He moves us onto the next chapter. He only shows us what we need to see. Had I known half the things I knew about the school after my first year, I may have not made the move. I would have gone with Option B. But, as always, God knows better than we do. He directs our paths in ways we cannot comprehend.

Twenty-three years later I have a better grasp on why I made the move, why things did not work out at IBC, and what God’s ultimate plan was. While I may not fully understand the why, I do see His Hand at work (and an amazing wife of 20 years an four kids to boot).

Today, I am following in the same fashion. I have worked several jobs through my life. Customer service, manual labor, management positions, working within the financial and insurance industry, and most recently within the oil field and driving an 18-wheeler. Every step, God guidance has brought me to where I am today. I know God has a similar call on your life. He has directed your paths to the exact spot you are today.

My calling now is to be a writer. I have known that most of my adult life but kept on pushing it off. One, through listening to others tell me that “you cannot make a living as a writer.” Others detailing my responsibilities and that I need a real job. And from me, telling myself that I am 44 years old and too old to embark on something filled with such uncertainty.

Oh, to be the person I was 23 years ago. Listening to the infectious chant of letting God move in my life to allow impossibilies to become reality. I wonder how much further as a writer I would be today. But that is neither here nor there. I am where I am by God’s design. And you are where you are by God’s design as well.

For me, I answered the call, finally, three years ago. I am now a published Children’s Author, I write for blogs like this one, and I have my first novel being pushed later this year. Impossible, I think not. Our God is an Awesome God!!

If He has called you to do impossible things, He has also given you the ability to accomplish them. Where He guides, His Hand will provide. I encourage you to accept the challenge. Let God work in and through you. All you need to do is trust – and take the first step. It worked for Two Scoops, it worked for me, I guarantee it will work for you.