BREAKING
Israel-led Team Solves Mystery Why Lightning Strikes Fewer Times Over The Ocean...
Tourism In The Holy Land Is Soaring Back Up To Pre-Pandemic Highs
Lapid Speaks Directly To Palestinians—Offers Them “Another Way” Out Of The Ongoing...
Home Lifestyle How Talking to God Every Night Before Bed Helped Me Overcome Insomnia 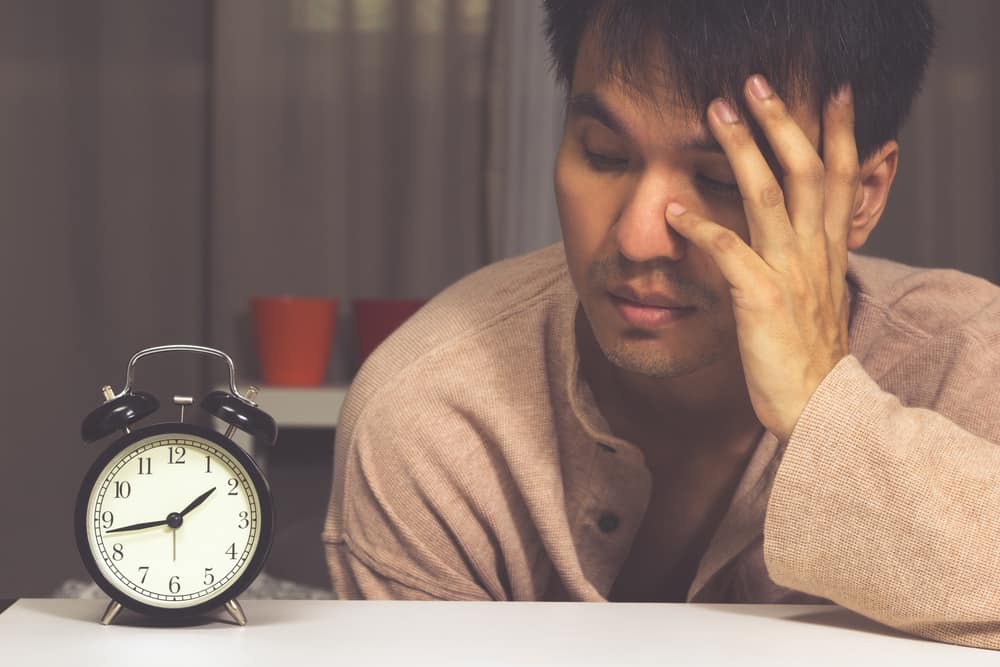 Talking to God Every Night Before Bed Helped Me Overcome Insomnia

I used to be the type of Christian who was passive about practicing the faith. Don’t get me wrong, I did my duties as a Christian, and I’ve never lost faith in Christ and God almighty, but since I was young until quite recently, I’ve practiced more of a passive belief than a true devotion.

Let me explain: I rarely missed church and I’m well-versed in the word, and when good things happened, I’ve never missed the opportunity to properly thank God with a sincere prayer. As far as I was concerned, I was keeping in step with the spirit and living my life according to His plans. My life and career were both in order, and I accepted the different paths and choices that were laid before me, including any and all setbacks, because I knew that it was just Him testing my faith.

I was a true Christian who lived by the word. Yet at the same time, I’ve never really ‘talked’ to God about anything.

Why Would God Talk to Me?

As a man of both faith and science, I saw no reason why God would need to converse with someone as (somewhat) privileged and lucky as I am. Why would he, when there are countless others (in war-torn, poverty-ridden areas) who need His presence much more than I do? As a Christian who already has a path in the world, I’m already in a bountiful relationship with God, and I guess in my head, I didn’t need to bother Him with any problem that I could solve myself.

I prayed, yes, but never with the intent to talk ‘with’ Him. I treated prayer as a way to report to God on a regular basis, to acknowledge that I know I’ll never fail because I’m sure that He’s with me every step of the way, and to be thankful for giving me a good life. And I knew then that I was doing the right thing because good things kept happening to me.

Everything was fine until I was confronted with a test of faith disguised as a huge blessing: I was promoted to my first management position.

Promotions, of course, come with getting assigned more and more work at the office. And as someone who has eyes at being upper management, I rarely turned down any tasks. As long as I could fit everything within 8 to 9 hours of work per day, I was willing to help anyone out. More than anything else, it was this work ethic that allowed me to reach the comfortable position that I’m in now, and it comes from one place: my faith in Christ almighty.

God Reaches Out to Us in Mysterious Ways

As I settled into my new position, I noticed that I was doing about twice the amount of work that I originally signed up for. In order to fulfill my duties, I had to clock in more overtime at work. I still showed up for church weekly, but my prayers or reports got longer. I found myself kneeling, hands together in prayer, ranting about how certain protocols weren’t followed in the office, or about people who didn’t do their jobs. It was around that time that insomnia slowly but surely crept into my life.

The stress of reaching a certain point in my career came with regular sleeplessness. And I couldn’t understand it. I ate healthy food, exercised every day, and even read up on the different scientific ways to combat insomnia. Of course, I would pray for sleep as well. Yet still, I was regularly bothered by sleeplessness.

I couldn’t understand what I was doing wrong, at least until I talked to a good friend who was also a family counselor as well as a much more devout Christian that I was. She asked me to run her through how I spend a regular day, so I told her everything, including how I almost never miss a Sunday at church and how I pray by reporting my activities to God.

She told me that I was praying wrong, to which I laughed. How is that even possible? God can see inside my heart, so He knows my true intentions, so how can I, a dutiful Christian, get prayer wrong?

My friend clarified: my view of prayer was wrong. I had been using prayer as a way to report my relevant activities to God, and as she explained, that’s just one of the many aspects of prayer. Prayer, more than anything, is a conversation between you and the Lord. She advised me to stop thinking of prayer as a ‘daily report’, but rather, to use it as a time to reflect and try to listen to what God is trying to tell me.

As you can imagine, it took me some time to get used to the idea that God would bother with my comparatively small problems. Until I looked up the long-term ill effects of chronic insomnia and sleep deprivation, I didn’t have a real reason to truly ask Him for help. While before, I was content with asking for nothing and simply following the path he’s laid before me, this time, I truly needed God’s help.

So finally, I talked to Him. I gave my usual report, but this time, with the intent of having a conversation. I did everything my friend said: I didn’t finish praying after doing my report. Instead, I meditated in the silence. I spent more time in silence than I did talking about my problems and asking for help. And to my surprise, that was one of the most calming moments in my life. I slept like a baby that night.

God is Never Busy Enough to Talk or Be With You

In retrospect, thinking that God wouldn’t have time to bother with my personal problems was not only silly, it was downright heretical. And it’s a good thing that He is a just, loving, and forgiving God.

To this day, whenever I feel like the usual cup of tea or evening jog has no chance against impending insomnia, I tell Him all about it. It never fails to reassure me that as a true Christian, He is on my side, and there’s no reason for me not to get a good night’s sleep.