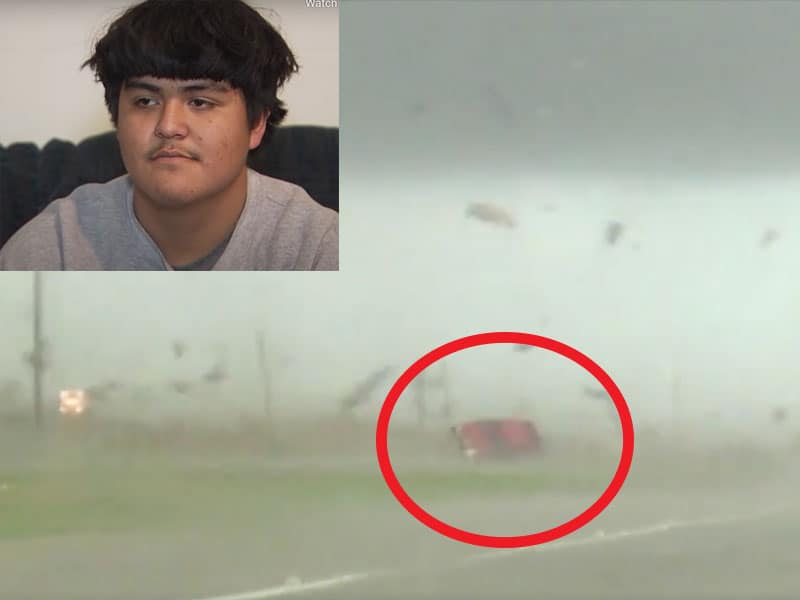 A teen in Texas who drove past a strong tornado that threw his truck in the air and miraculously survived is thanking God for making it out alive.

Driving Through A Strong Tornado 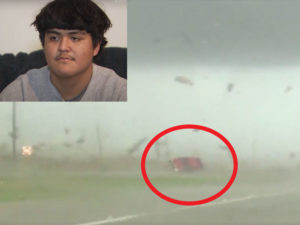 In a video shared by Joel Berry on Twitter that went viral, the red pick-up truck could be seen thrown by the powerful winds. It flipped to the side like a piece of paper when the tornado hit and whirled his truck around because of the violent winds. The car eventually returned to its original position as the tornado moved on. And immediately, Joel drove away from the near-death experience in the middle of the street. According to a report, he only had “a few scratches on his arms.”

Chevrolet should immediately replace their Silverado commercials with just this footage. pic.twitter.com/0Hz1Xa5lYi

The teen is still currently processing what happened that day. He can’t believe he survived and is thanking God for another chance at life.

He also shared the lesson he learned from that unexpected horrific incident. That next time, he has to take “weather warnings a little more seriously.”

“If there’s going to be bad weather, stay home,” the teen stressed. “No matter how important the thing is to you, stay home. Your life, your life matters more than other stuff.”

Riley apparently tried to keep the incident from his family. However, they recognized the red Chevy truck and eventually found out about it because the video went viral.

The red 2004 Chevrolet Silverado plays a tremendous sentimental value for the family of Riley.

“That truck,” he said, “helped me and my dad get to where we are now.”

Praise God for the miracle amidst that terrifying ordeal. God is good!