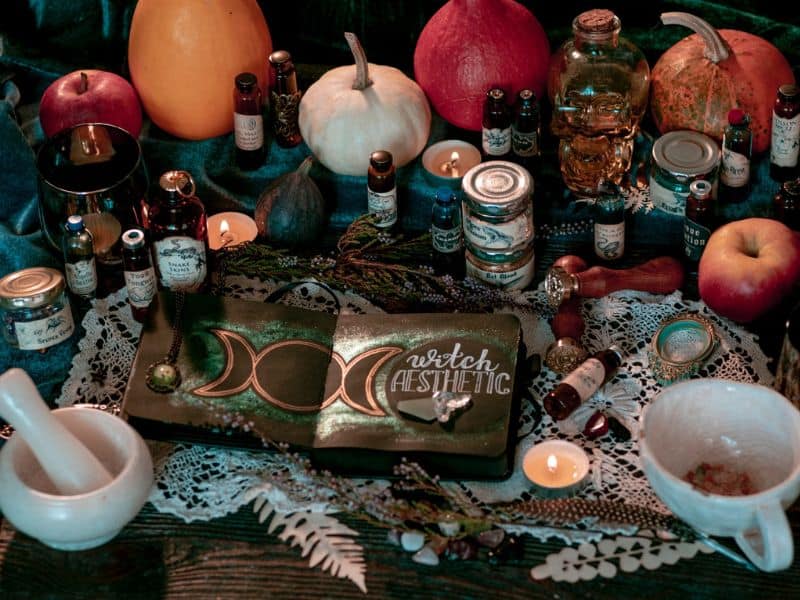 Sarah Anne Sumpolec has a powerful story of how Jesus turned a teen witch into a passionate Christian. She was obsessed with casting spells and engaging in the demonic realm. But, God opened her to spiritual truth and the One who reigns on the throne.

In an interview with Billy Hallowell’s ‘Playing with Fire’ podcast, Sarah revealed her life encounter with the Lord.

When she was 13-years-old, Sarah’s father moved them to a house in Delaware.

She recalled that her father loved the idea that the house was “haunted.” Their new place exposed her father’s interest in the supernatural.

Longing for a deeper connection with her father, Sarah also took an interest in what her father was interested in. She got intrigued and asked more questions about the “other world.” As a result, her father gave her a book about witchcraft.

The book fueled her curiosity. Soon, she was drowning in the New Age and witchcraft. She would read anything she could get her hands on about the occult.

The new world finally connected her with her father. The more she engaged in it, the more her father would relate to her.

Then, her father told her that witchcraft was their family’s heritage. It was embedded in the family line long before.

Sarah was ecstatic about her newfound identity. It gave her a sense of purpose.

She then practiced witchcraft by casting spells, but she would only exercise “white magic” because she considered herself a good witch.

Over time, her “spirit guides,” who she thought was “good,” started to unravel their true face. They led Sarah into a vile path.

“This is the biggest thing that I wish I could communicate on a grander scale to, especially teenagers … that the enemy is all about seduction,” she said. “He doesn’t come in with this big evil intention … it’s a slow luring in, and it’s like, ‘Oh, look at this power.'”

Sarah’s relationship with her father also turned sour. As her father began to use drugs, he was often angry and became violent.

One night, he pointed his gun at Sarah. Fortunately, he did not pull the trigger. But, it was enough to shatter his daughter’s trust. It also became the starting point of Sarah’s suicidal tendencies.

As she continued playing with the spirits, her experiences of them turned negative. They would push her to end her life, making her believe that the healing she wanted could only be achieved if she died.

And so, she embraced the plan. One day, she attempted to end her life by carbon monoxide poisoning in her car. But, her suicidal plan failed. The next thing she remembered, she was outside of her vehicle.

She shared “I don’t remember stopping or getting out of my car. I literally woke up on the ground next to a tree. So I fully believe an angel got me out of that car.”

When Sarah entered college, she met her Christian friends. Eventually, they convinced her to attend Christian gatherings on campus. And the rest was Jesus’ story.

Sarah was presented to the Gospel and fell in love with Jesus. The truths she once believed were actually crooked.

She shared, “Everything in witchcraft is a truth from God, perverted. Satan doesn’t have any new ideas; he takes truth and twists it.”

From then on, Sarah renounced her identity as a teen witch and embraced her new life in Jesus. Today, she shares her story to magnify God’s power of transforming dark lives into lives worth living for His glorious purpose.