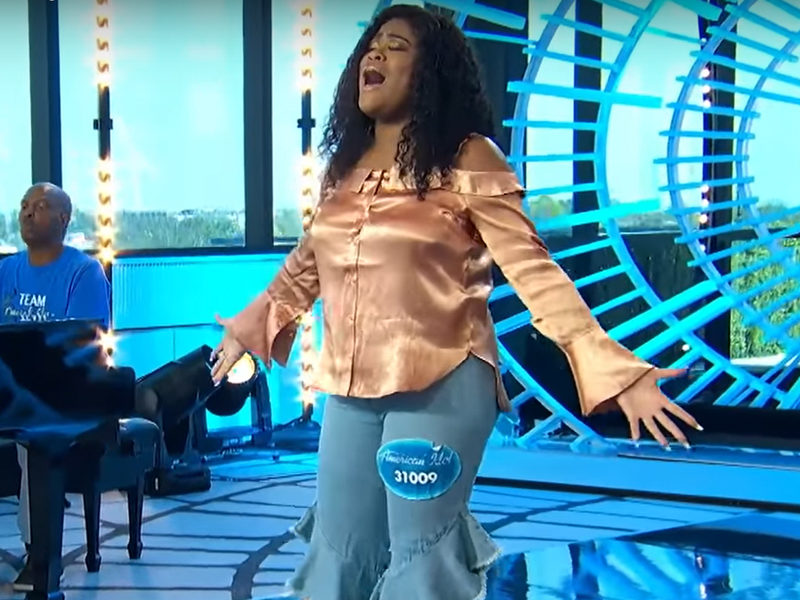 A teenage Gospel singer stuns the American Idol judges with her powerful and wonderful voice!

Cyniah Elise Chambers started singing when she was just 2-years-old under the guidance of her singing family. Her first solo performance was at the Cornerstone Baptist Church where her mother was the choir director. She began as a gospel singer in her church and continued throughout her youth. Cyniah currently attends Martha Ellen Stilwell School of Arts in Jonesboro, Georgia.

When the Atlanta singer was just 15, a video of her singing a Gospel song was uploaded on Facebook and quickly went viral. In the video, Cyniah sang Tamela Mann’s “Change Me” in her family’s living room. The video has now garnered over 4.1 million views!

Recently, Cyniah auditioned for American Idol Season 3 on ABC. The now 17-years-old sang Calum Scott’s “You Are The Reason” and stunned the judges with her voice! Cyniah gave her passionate and soulful rendition of the song that won the judges’ hearts.

“You remind me very much of watching the phenomenon of Whitney [Houston] when she first came out,” Lionel Richie told Cyniah. “You just have such control and mastery of your voice; it was almost effortless.”

Katy Perry was also amazed at how young the aspiring star is and how she is using her talent to sing for the Lord.

The teenage Gospel singer got three “YESes” from the American Idol judges and she has won her ticket to Hollywood. Cyniah is advancing to the next level of the singing competition in her attempt to win the American Idol title.

“I voted when she first opened her mouth,” Lionel said before casting his vote. “I voted right away, that was a clear yes.”

For just $100 per month you can bring the gospel to 10,000 homes. Join us as media missionaries! GIVE NOW
VIEW COMMENTS
« Woman Shot By Own Husband Calls Upon Jesus Two Women Led Hundreds Of Iranian Prisoners To Jesus Christ While In Captivity »