BREAKING
Lay Aside The Old Self
Ben And Jerry’s Staying In Israel, But Founders Aren’t Doing The “Chunky...
Israel Has a New Prime Minister
Home Articles “Tehran John”? Leaked Audiotape of Iranian Official Has John Kerry Giving Up Info on Israel’s Attack on Iranian Targets 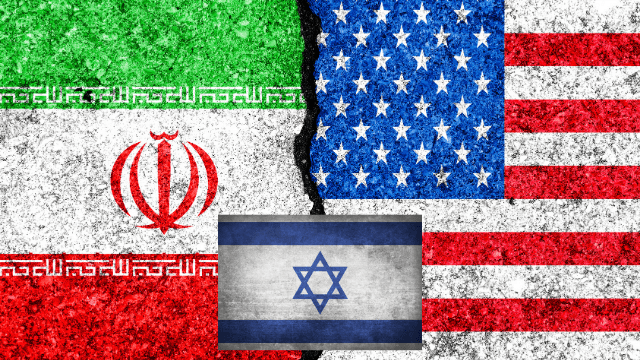 John Kerry, former Secretary of State under the Obama Administration, and current climate special envoy for President Joe Biden, is in hot water again over allegedly disclosing Israeli military information with Iran. Calls for an investigation and his resignation are coming from many sources—US Senators, a pro-Israel group, as well as an Iranian American activist group.

While Kerry has called the claims “unequivocally false,” Iranian Foreign Minister Mohammed Javad Zarif told an Iranian think tank that over the years, the former Obama chief diplomat discussed hundreds of Israeli missions into Syria against Iranian forces there. Kerry also met with Zarif after leaving his post. Former President Donald Trump accused Kerry at the time of holding “illegal meetings with the very hostile Iranian regime” and wanted Kerry brought up on charges under the Logan Act, which forbids private citizens from engaging in foreign policy.

Regarding these latest revelations, first-term US Senator Marsha Blackburn, R-Tenn., who sits on the Senate Judiciary Committee, says Kerry’s conversations have put “our men and women in uniform at risk.”

“This is something that deserves a Senate investigation. If it indeed is proven to be accurate, then John Kerry should seriously consider resignation,” Blackburn said.

Senator Blackburn is not the only one calling for a probe into Kerry’s alleged misconduct.

“To give information as a spy for possibly the most loyal ally that America has, Israel, is not only an outrage to an ally but it sends a message to other allies that certainly Mr. Kerry can never be trusted, and maybe America can’t be trusted with important private, confidential information,” said Mort Klein, President of the Zionist Organization of America (ZOA). He also called for “an immediate and thorough investigation.”

Iranian Americans for Liberty, an anti-Tehran regime group, took it one step further, saying that if the allegations are true, then Kerry’s actions are “grounds for treason.” Bryan E. Leib, executive director for the group, called for an immediate subpoena for John Kerry and a public hearing in the House Homeland Security Committee.

Behind the scenes, Yossi Cohen, the head of Mossad, Israel’s intelligence agency, and other high-level officials traveled to Washington, DC, to express their concerns regarding America’s recent moves toward friendlier terms with Iran.

The US State Department downplayed the Kerry revelations. Negotiations to get the US back into the failed Iran nuclear deal continue in Vienna.