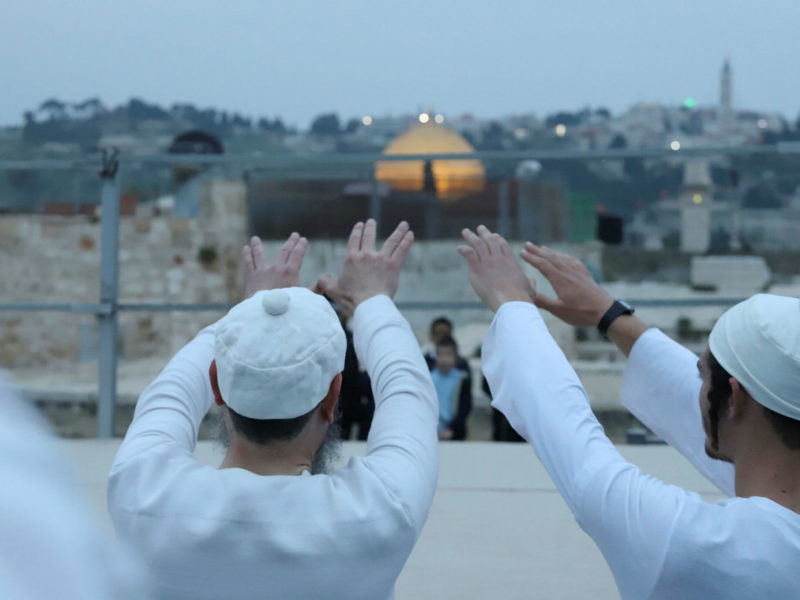 Israeli activists advocating the freedom of Jewish worship and prayer on the Temple Mount welcomed President Donald Trump’s unveiling of the Deal of the Century, lauding it as “a major step toward fulfilling the Jewish destiny at the site of the Temple.”

The plan, titled “Vision for Peace, Prosperity, and a Brighter Future,” calls for Jerusalem’s holy sites to “remain open and available for peaceful worshippers and tourists of all faiths.”

“People of every faith should be permitted to pray on the Temple Mount/Haram al-Sharif, in a manner that is fully respectful to their religion, taking into account the times of each religion’s prayers and holidays, as well as other religious factors,” the plan states.

Israeli visits to the holy site are currently heavily restricted in time, and prayer is almost completely banned while Jews visiting the Temple Mount are often harassed by Muslims and the Waqf.

Temple Mount activists stated Tuesday that “the prayers of the Jews on the Temple Mount are now officially recognized by the United States,” and that this recognition “advances the People of Israel in a major step toward fulfilling the Jewish destiny at the site of the Temple.”

The activists intend to make an official request in the coming days to “allow every Jew to offer the Passover sacrifice on the Temple Mount, the most important commandment in the Torah.”

The Torah mandates the Israelites ritually slaughter a lamb on the evening of Passover and eat it on the first night of the holiday with bitter herbs and matzah.

They cited several leading Halachic authorities, including Maimonides, who rule that a Jew is obligated to offer the Passover sacrifice even when the Temple has not yet been built, even in ritual impurity, and even by today’s Cohanim (priests).

For just $100 per month you can bring the gospel to 10,000 homes. Join us as media missionaries! GIVE NOW
VIEW COMMENTS
« Defense Minister Establishes Team to Apply Israeli Sovereignty in Judea and Samaria Revival Is Hits Army Base And Thousands Of Soldiers Receive Jesus »