BREAKING
Catch a Ride on a Shared Scooter—“Micro-mobility” Coming to Tel Aviv Next...
Israel Military to Conduct First-ever Simulated Strike on Iran
‘Injury to the Heart of Iran’: Details on the Life and Death...
STAND WITH UKRAINE
Home Faith Ten ‘Jewish Facts’ You Need to Know About the New Testament

Ten ‘Jewish Facts’ You Need to Know About the New Testament 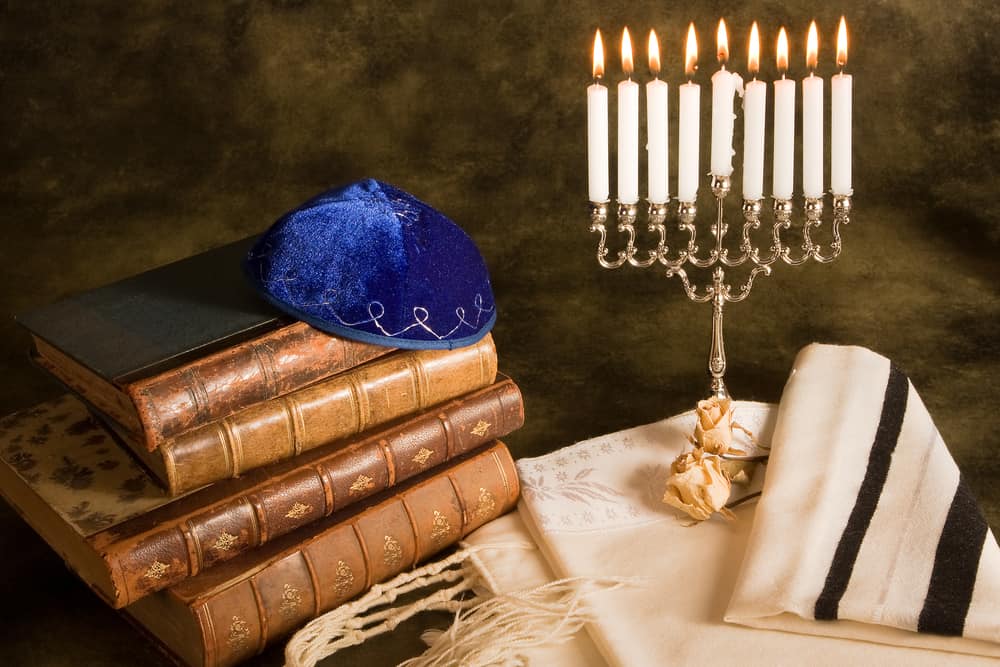 As a new believer in Yeshua (Jesus), I assumed I was no longer Jewish—that believing in this Jewish man had nothing in common with Jewishness. However after reading the New Testament, I was shocked to find out that it was a Jewish book, telling a Jewish story in Israel about Jewish people. Check out these 10 facts:

Yeshua comes from the Hebrew noun Yeshu-á, which means salvation. When Joseph was visited by the Angel, he was told that he must give the child the name Yeshua, because He would be Yeshu-á for His people! (Matt. 1:21) You miss this powerful prophetic wordplay in Greek and English. (Of course, He is precious in every language!) The Hebrew equivalent for Yeshua is actually Joshua. But because the New Testament was written in Greek, His name took a tour through the Greek Islands before coming to the English speaking world. Yeshua—Iesous—Jesus, instead of Yeshua (or Yehoshua)/Joshua.

2. His mother’s name was not Mary or even Maria.

She was not Catholic or Italian. Miriam is the same name as the sister of Moses. It is a Jewish name, and that was her name. She was an Israelite who lived long before the Vatican even existed. Because the Old Testament went from Hebrew to English, Miriam is Miriam in the English Old Testament. But because the New Testament was written in Greek, we lost her original name in the New Testament, and it becomes Mary.

No disrespect to my Baptist friends, but John was the last and greatest of the Hebrew prophets like Jeremiah, Isaiah, and Ezekiel. He prophesied the coming of the Jewish Messiah. He too was an Israelite calling the Jewish people to get ready for the appearance of the Lamb of God.

4. Baptism is not unique to the New Testament.

Jews, believe it or not, used water immersion for centuries before John began to baptize his Jewish followers. One of the reasons they did not resist water immersion was because it was familiar to their culture. Next to the Temple, archaeologists have discovered more than 50 immersion tanks (Mikvot) that were for those coming to be ritually cleansed before making their sacrifice at the Temple. The big controversy of the New Testament was not that Jews were being baptized, but that Peter Baptized Gentiles.

“Surely no one can stand in the way of their being baptized with water. They have received the Holy Spirit just as we have.” So he ordered that they be baptized in the name of Jesus the Messiah. (Acts 10:47-48)

5. Peter was not the first pope!

Peter, a Jew, was only the leader of the first Jewish believers for a few years. He turned over the reigns to Jacob (we will talk about him in a minute) the brother of Yeshua and began to travel, sharing the message of salvation through Yeshua. There is zero evidence that Peter was the Bishop of Rome (pope) or that he passed down such a mantle to anyone else.  He was a Jewish fisherman who became one of the greatest communicators of Yeshua’s message of salvation. He never stopped living as a Jew, and certainly never referred to himself as Catholic.

6. James is not the name of the fellow who wrote the Book of James or who led the first Jewish believers in Acts 15.

James would be a great name for a butler, or chauffeur or even a king…but not a Jew in the first century. His name was Jacob! The Latin for James and Jacob are very close and because of a linguistic confusion, James became the English for Ya’akov (Jacob) in the New Covenant. But this confusion in names causes confusion in Jewish people who don’t realize that James was actually Jacob, a Jewish man.

7. Yeshua died on Passover, rose from the dead on the day that the Jews would bring a firstfruits offering (called “the Head of the Harvest” Lev. 23:10) and the Holy Spirit was poured out on Jerusalem on the Feast of Weeks (Shavuot).

The Bible merely mentions the fact that Saul was also called Paul (Acts 13:9). Like most Jews, he had two names, a name that was common to the people where he lived (Roman Empire) and a Hebrew name. The idea that he got rid of his Jewish name in exchange for a Christian name is unbiblical and frankly ignorant. There were no Christian names! Paul was the first “believing Paul.” I too was given an English name when I born, Ron, and a Hebrew one, Chaim. (But don’t call me Chaim!)

9. The entire New Testament was written by Jews.

There is some controversy whether or not Luke was Jewish (I have heard strong arguments for both views), but every other writer was Jewish.

10. Communion was instituted at a Passover Seder.

Yeshua picked up the Afikomen, a special piece of matzah (unleavened bread) used during the Passover Seder and He lifted the third cup of four cups of wine that are blessed during the Passover meal, the Cup of Redemption, and asked that His Jewish disciples continue this Jewish tradition in memory of Him. Only He could take unleavened bread (symbolically without sin) and say, “This is my body given for you…” (Luke 22:19)

BONUS: All of the original followers of Yeshua were Jewish. And once Gentiles began to believe in Him, there were many that felt that in order for non-Jews to believe in the Jewish Messiah, they had to covert to Judaism first. In the end (Acts 15), it was decided that they didn’t need to. But never did it enter the mind of the Jewish followers of Yeshua that they were no longer Jewish!

If this article blessed you, then you will love my book Identity Theft. You can start reading here.

Question: Do you think most Christians know this information? What about Jewish people? Comment below!