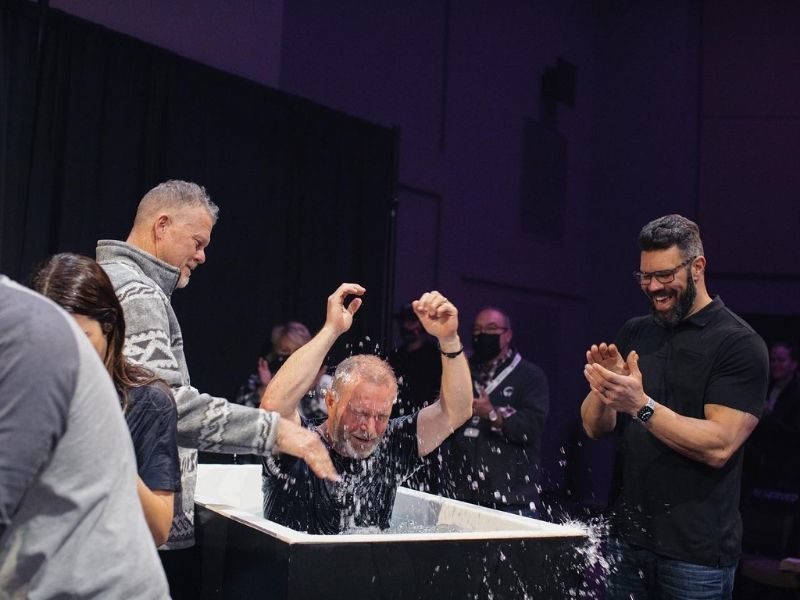 A Tennessee Church baptized over 1,000 people in just less than four months, the pastor has never seen anything like this before!

Pastor Robby Gallaty, senior pastor of Long Hollow Baptist Church in Hendersonville, Tennessee has experienced the great works of God during the past months. Since Dec 20 of last year, up to earlier this year, Pastor Robby has baptized 1,048 people! It happened right after almost a year of “silence and solitude” in the pastor’s life.

“Here’s what happened,” the pastor said in an interview with Faithwire. “I began sitting with the Lord for 10 months. Then, finally, Dec. 15, 2020, I’m on the porch, and I hear as clear as day these words in my head, after a season of silence and solitude: ‘Spontaneous baptism.’”

Despite his reservations about the idea, he still obeyed the voice of God. On the following Sunday, it was the lowest attendance he had seen for their service in five years. Pastor Robby felt that everything was going against what God instructed him to do.

He then referenced the story in 1 Kings 18 where Elijah pours water on the sacrifices in the midst of drought when it was consumed by fire. “It was like all the water we could put on the offering,” he said. Just like during the time of Elijah, it was clear that it was God’s movement alone that ignited revival. 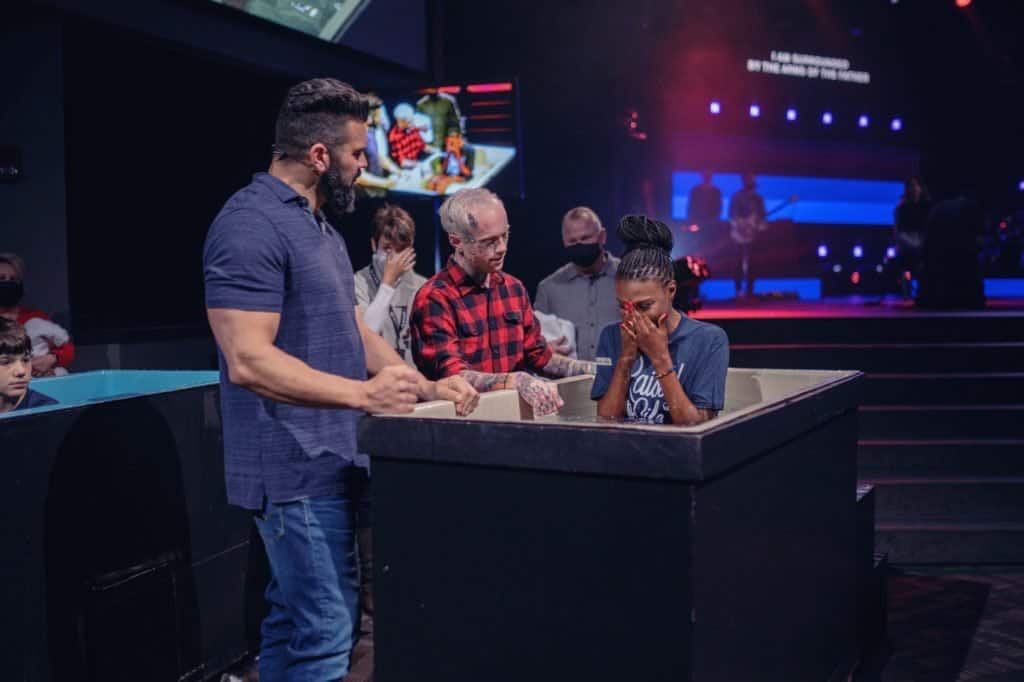 On that Sunday, 99 people were baptized in Long Hollow. That night, God again spoke to Pastor Robby through a vision.

“The Lord gave me this visual,” he said, recalling sitting outside his house that Sunday evening. “He showed me, ‘These are the heavy raindrops, Robby, before the torrential downpour that’s coming.’”

Every Sunday after that moment, they have seen more and more people being baptized. People have been compelled by the Holy Spirit to get baptized by the church and there are two satellite campuses. Now, in just less than four months, Long Hollow has seen over 1,000 baptisms!

In the past years, the Tennessee church has only seen 384 baptisms from 2018 to 2019. Surely God has ignited a revival in Hendersonville!

“It’s a genuine pulling and tugging of the Holy Spirit,” the pastor explained.

For just $100 per month you can bring the gospel to 10,000 homes. Join us as media missionaries! GIVE NOW
VIEW COMMENTS
« Justin Bieber Warns Celebrity Pastors Who ‘Put Themselves On Pedestal’ Heroes of the Faith: John Paton »