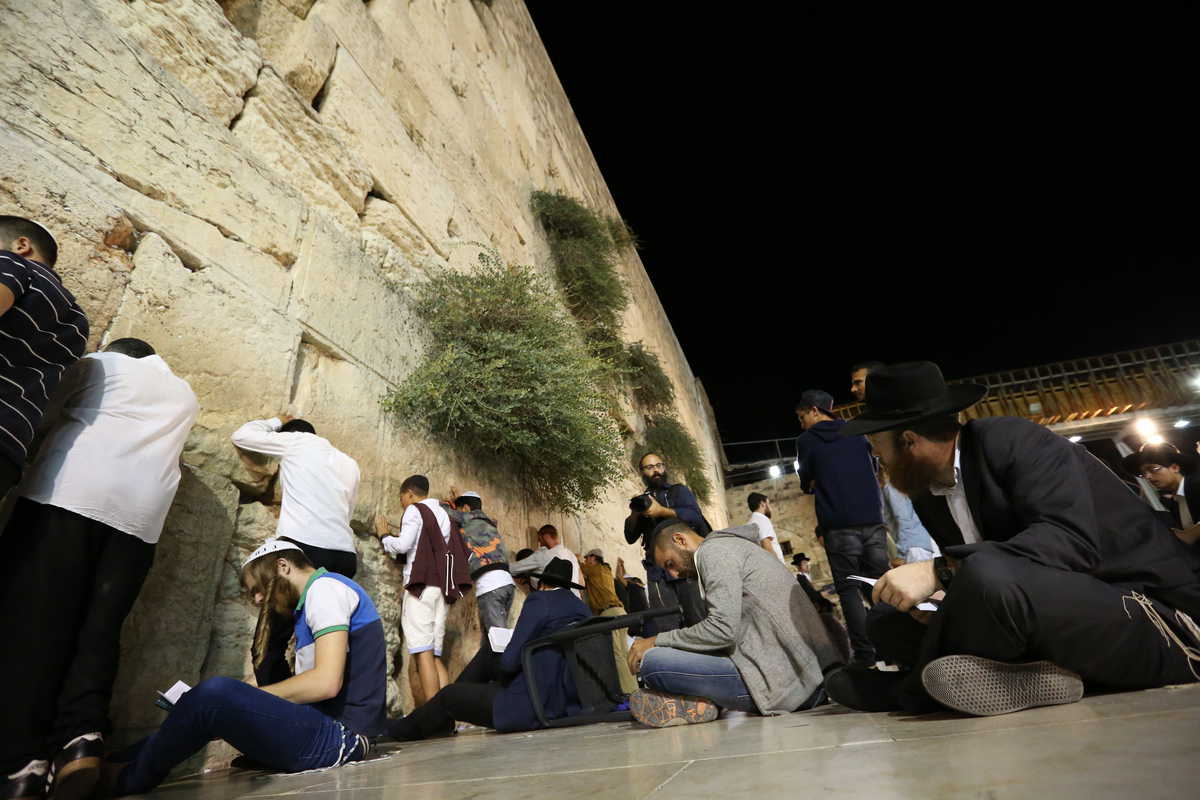 Tens of thousands of people thronged to the Western Wall, Safra Square and community centers around Israel on Saturday night and Sunday to mark the annual commemoration of the destruction of ancient Jerusalem, Tisha B’av.

According to Jewish tradition, Solomon’s Temple was destroyed by the Babylonian king Nebuchadnezzar on this date (according to the Hebrew calendar) in 586 BCE. Six-and-a-half centuries later, Roman invaders sacked the city anew and burnt the rebuilt Temple to the ground, also on ninth day of Av.

See the video above which focuses on the Tisha B’av findings near the Old City of Jerusalem.

At the Western Wall plaza, thousands of people sat on the floor, a traditional sign of mourning, recited liturgical poems in praise of the Temple and chanted the Biblical book of Lamentations, a passionate expression of grief over the destruction traditionally ascribed to the Prophet Jeremiah.

Elsewhere in the Old City, three minors were arrested overnight for holding a prayer vigil adjacent to the Temple Mount, while several hundred held a flag march around the Old City walls, adding a political element to the event by calling for Israeli sovereignty over Judea and Samaria.

Across town, groups of secular and observant Israelis marked the occasion with dialogue groups on a variety of subjects, with the goal of fostering civil conversation in an atmosphere of dignity and respect. 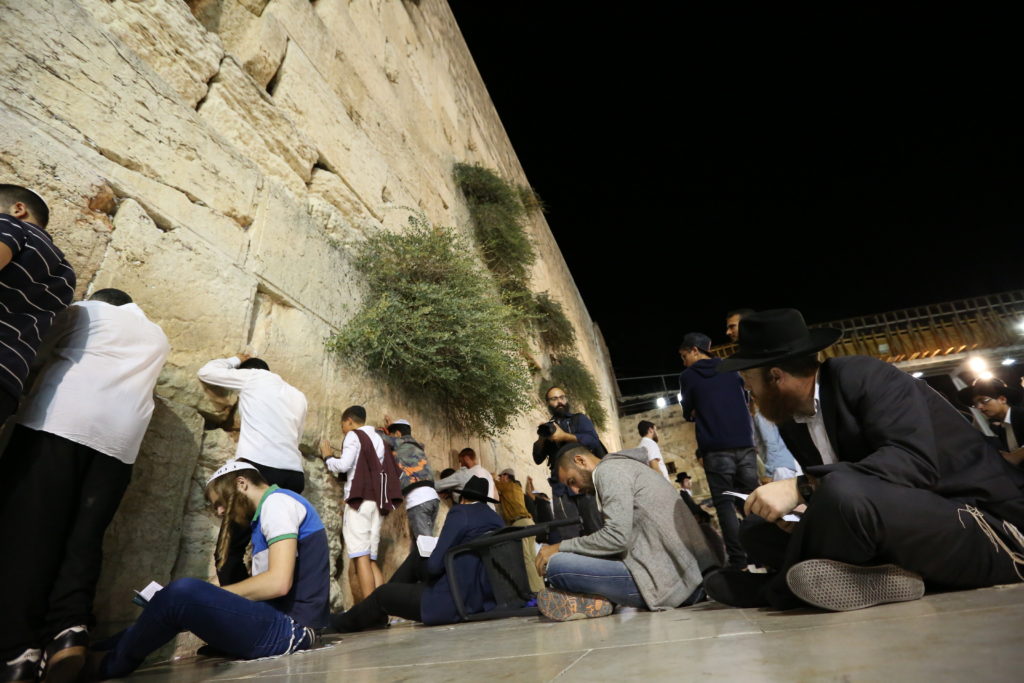 Jerusalem archeologists have unearthed an access road leading from the Kidron Valley and Shiloah Pool to the Temple Mount, as well as a drainage channel leading away from the Old City. They say the excavated sites shed light on the events surrounding the destruction of the holy city on Tisha B’av in the year 70 CE.

The findings, which were part of the City of David excavations adjacent to Dung Gate, are located to the south of the Western Wall and the Temple Mount. The Herodian-era walkway likely served religious pilgrims visiting the Temple, as well as locals from the surrounding area who needed to make the steep climb from the Kidron Valley in order to enter the Old City, which served as the city’s center of commerce and cultural life at the time.

However, when the Roman siege of the city began, the infrastructure was used by Jews looking to hide from the advancing forces, and later to escape the flames of the burning city.

“Before the revolution against the Romans the tunnel was used for rainwater,” said archeological Eli Shukron. “But when the revolution started people were hiding inside these tunnels – families heard the sandals of Roman soldiers (overhead), smelling the fire of Jerusalem, hearing the falling stones from the Temple Mount.”

Shukron said that sifting through dirt removed from the excavation has unearthed arrowheads, ancient coins, pottery and mosaic shards from the Second Temple Era and earlier.

Article and video by TPS