Tense Week in the Holy Land as Passover and Ramadan Intersect

Israel's New Ties with Arab Neighbors Put to the Test 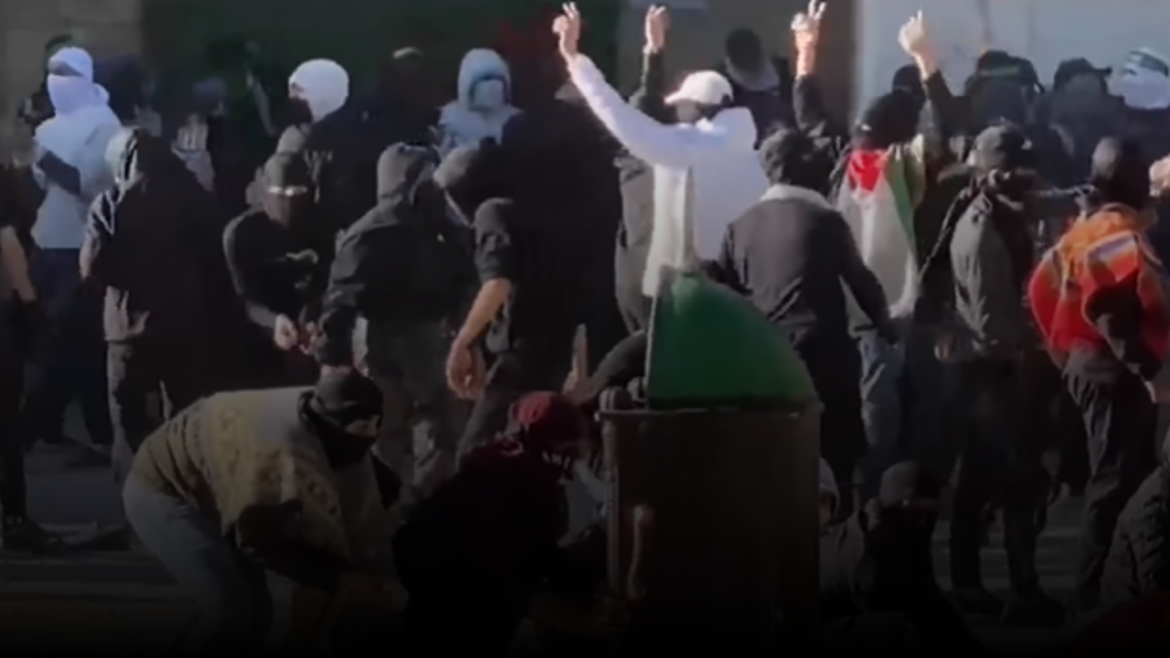 This week, Jews in Israel celebrated Passover and Muslims continued to observe Ramadan, a holy month of fasting for Muslims. And during this time, the violence has flared. There have been nightly clashes between Palestinians and Israeli police in Jerusalem, rockets fired from Gaza (and an IDF response), and a lot of diplomatic activity to try to calm things down. And all of this was on the heels of four lone terrorist attacks who murdered 14 people in multiple attacks as Ramadan began.

Historically, tensions always rise between some Palestinians, Israelis, and the Israeli authorities this time of year, and actually, last year, things were a lot worse. However, there still has been a lot of activity. There have been almost daily skirmishes on the Temple Mount or in the Old City once the sun goes down between Palestinians and Israeli police forces.

Last Friday, a small extremist Jewish group attempted to sacrifice lamb for Passover on the Temple Mount but were arrested before they even left home. And Wednesday, Israeli police successfully prevented a “Flag March” by hundreds of Jewish nationalists (and a Knesset member) intending to enter the Old City through the Muslim Quarter and affirm a Jewish presence at key holy sites in Jerusalem. Instead, they were redirected from entering at the Damascus Gate (a flashpoint area that enters the Muslim quarter) and sent to the Jaffa Gate (a calmer area). The protest fizzled after they were denied the entrance point they were seeking.

What happens is that the actions of a few misguided zealous Jews, that do not represent the Orthodox Jews as a whole, much less the nearly seven million Israeli Jews, cause a stir, then unfounded rumors spread that the Jews are going to take over the Temple mount. Of course, that is nonsense. The status quo since Israel recaptured the Temple Mount has been to allow the Muslims to administrate it—right or wrong, that is not going to change because of a few overzealous Jews. But the rumors spread like wildfire.

And Hamas is cranking up the rhetoric again…and the action. Earlier in the day, before the flag march, Hamas threatened to “have their finger on the trigger” if the protest proceeded. Last year, things continued to escalate until war broke out as Hamas rained down thousands of rockets over southern and central Israel for 11 days.

While things have been relatively quiet along the Gaza border for about four months, the silence was broken this week when Hamas started firing rockets and anti-aircraft missiles again into Israel. The Iron Dome successfully deflected the attack, but there was some damage from shrapnel in the city of Sderot. Thursday, after midnight, the IDF responded by taking out a military post and a tunnel “containing raw chemicals used for the manufacturing of rocket engines,” the IDF reported.

As is always the case in Israel, when events like the ones this week happen, Israel instantly comes under regional and even international review. And although relations with our Arab neighbors have warmed considerably over the last two years, the fledgling friendships have been strained by the tensions here.

The United Arab Emirates requested a closed-door emergency session of the United Nations Security Council to review the week’s violence in the Old City. The UAE also summoned Israel’s ambassador over the situation and canceled its previously planned participation in Israel’s Independence Day festivities. In addition, the UAE informed the Israeli ambassador of the “country’s strong protest and denunciation of the events taking place in Jerusalem and al-Aqsa Mosque, including attacks on civilians and incursions into holy places that resulted in the injury of a number of civilians.”

Jordan also summoned their Israeli ambassador over Israel’s “violations” on the Temple Mount. Turkey’s President Recep Tayyip Erdogan expressed his disapproval to Israeli President Isaac Herzog over the events caused by “radical Israeli groups and security forces.” Morocco also called on Israel to prevent “non-Muslim” worship (in other words, don’t let any Jewish people or Christians go to pray) on the Temple Mount.

The Temple Mount is where Solomon’s Temple was built, and Herod’s was rebuilt (which is the one that Yeshua would have visited)—making it the most sacred place on earth for Jews. It is also the home of the Al-Aqsa Mosque—which is the third holiest site for Muslims, behind Mecca and Medina.

US Secretary of State Antony Blinken spoke with Israeli, Jordanian, and Palestinian officials this week, trying to smooth the tensions. After Israel Foreign Minister Yair Lapid spoke with Blinken, Lapid’s office said he guaranteed that the “three Jerusalem religions” would have freedom.

“The foreign minister emphasized Israel’s balanced and responsible efforts against rioting by hundreds of Muslim extremists on the Temple Mount, and about gaps in information and false reports, distributed by extremists, stoking the fire and violence instead of bringing calm,” Lapid’s office said.

And State Department Ned Price said that “Secretary Blinken emphasized the importance of upholding the historic status quo at the Haram al-Sharif/Temple Mount and appreciation for the Hashemite Kingdom of Jordan’s special role as custodian of Muslim holy places in Jerusalem.”

As part of a long-standing policy, the Temple Mount is closed to all non-Muslim visitors during the final 10 days of Ramadan. Thursday was the last day Jewish (or Christian) people could access the area.

While these events make the headlines, they don’t tell the whole story. For every one radical Islamic terrorist, there are a thousand Arab Israelis that live in peace with their Jewish neighbors. A great example of this happened during Passover last Friday. A story reported in the Jerusalem Post is a heart-warming example of the unexpected ways that Israelis—Arab and Jew—live and work together in peace—even during Ramadan and Passover. With the recent influx of thousands of displaced Ukrainians, this Passover was special, a first for these new immigrants. And in a most unlikely place—a hotel in Nazareth (Yeshua’s hometown and now a city with predominately a large Muslim and smaller Arab Christian population) hosted a Seder for these new arrivals. You can read the full story here.

This is the Israel I know and love.