Tensions Mount Between Israel and Iran 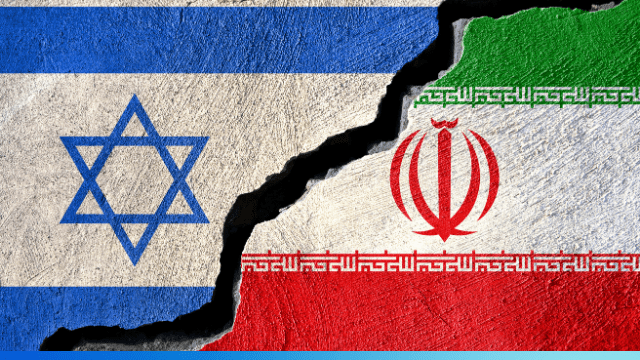 This week, Israel marked the 73rd anniversary of its independence and resurrection as a modern state among the nations. As the country celebrates its hard-fought-for freedom, tensions are palpable as Israel’s ancient enemy, Iran, breathes threats of annihilation on at least three fronts.

At an escalating pace, attacks and counterattacks have mounted in the last few weeks in an ongoing shadow war between Israel and Iran. Over the last few days, top U.S. defense officials have met with Israel leaders in person and virtually to reassure them of America‘s continued support in the Middle East.

On Sunday, U.S. Defense Secretary Lloyd Austin met with Israeli Prime Minister Benjamin Netanyahu and Defense Minister Benny Gantz and affirmed that America’s commitment to Israel was “enduring and ironclad.” U.S. National Security Advisor Jake Sullivan said on Tuesday in a virtual meeting of the U.S.-Israel strategic consulting group that the Biden administration maintains an “unwavering commitment to Israel’s security and to ensuring that Iran will never obtain a nuclear weapon.”

Netanyahu agreed that Iran must never possess nuclear armaments. “My policy as prime minister of Israel is clear–I will never allow Iran to obtain the nuclear capability to carry out its genocidal goal of eliminating Israel.” And he added that “Israel will continue to defend itself against Iran‘s aggression and terrorism.”

Last week, on the heels of the start of international negotiations in Vienna to bring the U.S. back into the failed Iran nuclear deal, there was an apparent attack on Iran‘s underground nuclear facility, Natanz. Tehran blames Israel for a debilitating explosion that knocked out the power hours after new advanced centrifuges went online.

It is estimated that it will take nine months for Natanz to be once again fully operational. Iran is vowing they will enrich uranium at 60 percent purity at Natanz – a significantly higher level than the 20 percent rate it had achieved and well above the 3.67 percent level agreed upon in the 2015 deal.

There have also been confrontations between the two nations on water and land in the last few weeks. Israel and Iran have both reported attacks on shipping vessels in the Mediterranean Sea and the Persian Gulf. Last Thursday, Syrian news reported a missile attack allegedly by Israel near the Lebanon-Syria border. Israeli intelligence estimates that more than 100,000 missiles and numerous Hezbollah, one of Iran‘s proxy armies in the region, are entrenched in Lebanon.

Meanwhile, world powers are moving massive numbers of troops around the globe. Russia has heightened its presence once again on the eastern border of Ukraine, amassing tens of thousands of troops and convoys of tanks. And on Wednesday, U.S. President Joe Biden announced the withdrawal of the remaining troops in Afghanistan by September 11, the twentieth anniversary of the attacks on U.S. soil that ignited the decades-long war on terrorism.