But FBI Doubts It's An Antisemitic Attack?? 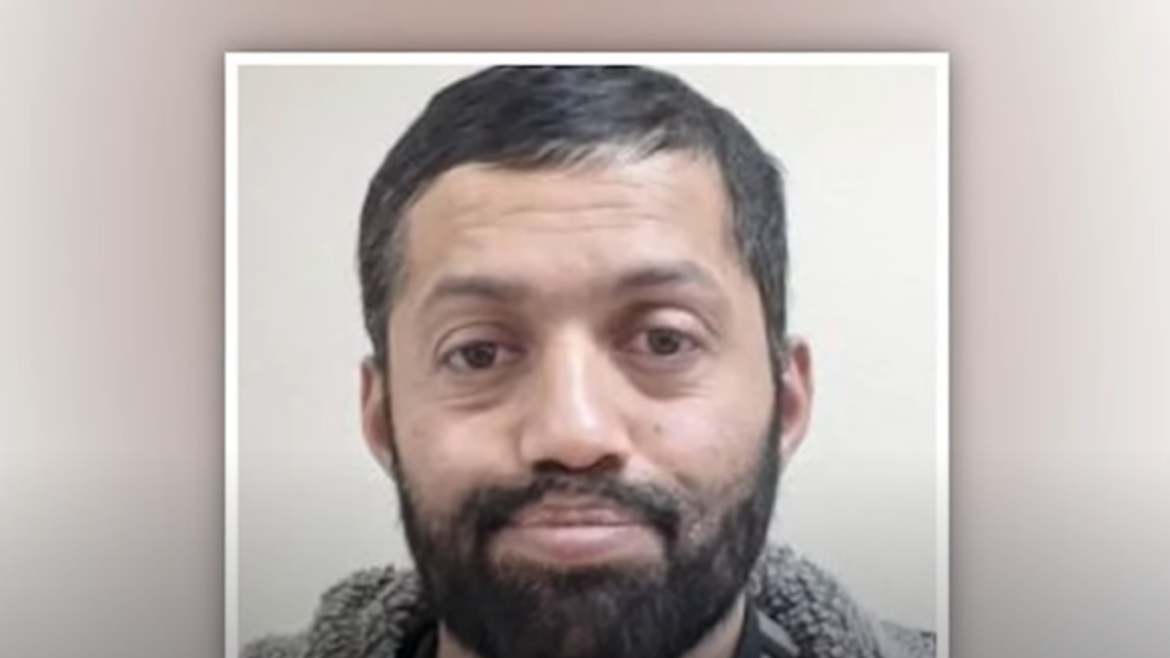 Last Saturday, Malik Faisal Akram was welcomed into the Colleyville, Texas synagogue by Rabbi Charlie Cytron-Walker and offered a cup of hot tea to warm up from the cold weather outside. When three other worshippers had arrived, the rabbi started the service, live streaming on Facebook as has become the custom during the pandemic. All seemed normal—until the Jewish men turned to pray. Then they heard a distinctive sound—the slide on an automatic weapon. This began a 10-hour ordeal as Akram took them hostage.

Despite his rabid hatred of Jews, the 44-year-old British national evidently believed Jews were the key to getting Aafia Siddiqui, a Pakistani neuroscientist known as “Lady Al-Qaeda”—a woman he kept referring to as his “sister,” even though they were not related—out of the federal prison nearby where she is serving an 86-year sentence for attempting to murder US soldiers in Afghanistan.

According to a recording obtained by the London-based Jewish Chronicle of Akram’s final phone call to his younger brother, Gulbar, during the siege, Akram railed about Jews, jihadism, and US wars in a profanity-laced 11-and-a-half-minute phone call. His family said that Akram was mentally ill and had a criminal record, but Akram’s actions at Congregation Beth Israel seem to have been purposeful and planned for a long time.

But let’s not jump to conclusions, the FBI’s initial assessment was that this was not antisemitic or Islamic terror.

“I’ve prayed to Allah for two years for this. I’m coming back home in a body bag,” Akram told Gulbar. “I’ve come to die…go down as a martyr,” and he said he was “bombed up” with “every ammunition.”

Both the rabbi and the hostages remained calm during the crisis—which they attributed to prayer and training they had received over the years. Jeff Cohen, 57, who was among the last to escape, attributed his survival to the active shooter training he had received.

“Make an opportunity to take an active shooter class because that’s what saved our lives. That gave me the forethought to position myself where I did.” When Akram had told the men to move, Cohen aligned himself with an exit door, which proved key in their eventual escape.

“In the last hour of our hostage crisis, the gunman became increasingly belligerent and threatening,” Rabbi Cytron-Walker shared in an interview. Akam “wasn’t getting what he wanted. It didn’t look good. It didn’t sound good.”

Akram was losing his patience and was tired, hungry, and frustrated. “Three bullets—one in each of them,” he shouted as he ordered the three men (he had agreed to let one of the hostages go earlier in the day) to get on their knees.

Cohen said, “I was not going to die that way.” He leaned forward, locking eyes with Akram, and mouthed a one-word reply: “no.” Akram backed down from his threat and went to get something to drink.

Despite countless reports that it was a well trained crack FBI team of hostage rescuers that freed the kidnapped Jewish worshipers, it was actually the quick thinking of the Rabbi that made it possible for them to escape.

At that point, Rabbi Cytron-Walker threw a chair at Akram and yelled for the men to run. Cohen, the other hostage, and the rabbi all made it safely through the emergency exit. Shortly after that, the FBI team entered the building, and Akram was killed in the firefight.

Cohen said he believed Akram decided to hold the Jewish worshippers hostage not because he wanted to just kill Jews but because he had bought into a common antisemitic conspiracy theory that the “Jews control everything.”

“He did not come there to kill Jews…He came here to release (Aafia Siddiqui), and he had bought into the extremely dangerous, antisemitic trope that Jews control everything, that we could call President (Joe) Biden and have him release her,” Cohen said.

But some—even the United States Federal Bureau of Investigation—refused to see that Akram targeted the synagogue or Jews. Some reports even claimed that choosing the synagogue was random. I can guarantee you that if the kidnapper was an angry white American man, it would not have taken authorities long to call it a racist, antisemitic attack. And the news and the White House would be talking about the rise of White Nationalism in America (which is a real thing by the way and something that should concern us all.) But it is not politically correct to call out radical Islam anymore.

US President Biden only said, “This was an act of terror….” Powerful, authoritative. Hmmm.

Shortly after the attack, FBI spokesman Matt DeSarno said the hostage situation was “not related” to the Jewish community. Like Akram was just a guy who walked into a random building on a Saturday. And I guess the fact that he was Muslim had nothing to do with it either.

On Wednesday, FBI Director Christopher Wray changed the bureau’s tune during a webinar with the Anti-Defamation League….”Now let me be clear and blunt, the FBI is, and has been, treating Saturday’s events as an act of terrorism targeting the Jewish community.” Brilliant! It is always fun when the FBI tells us what we already know, as if it is a breakthrough discovery.

UK officials did acknowledge the true nature of the attack. “This was a terrible and antisemitic act of terrorism,” Prime Minister Boris Johnson’s spokesman said.