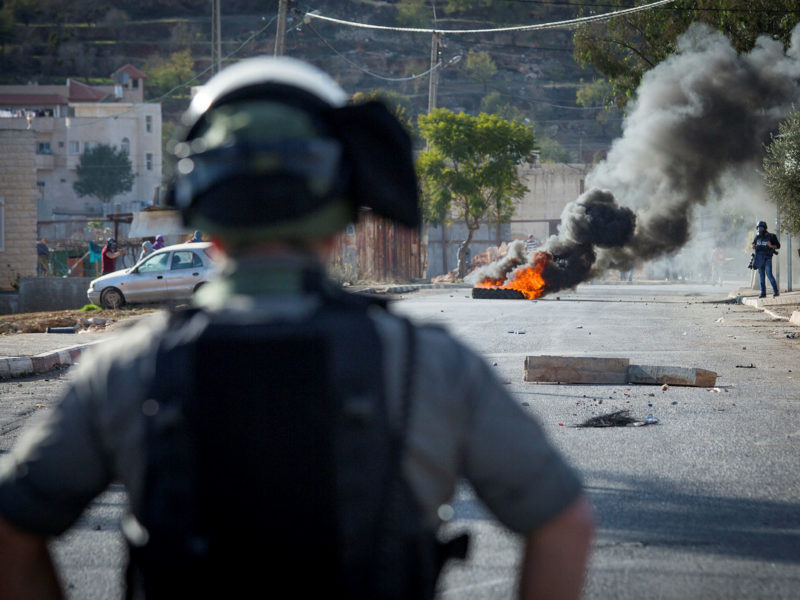 The terrorist was shot and seriously injured, and was taken to the Sha’are Tzedek hospital for treatment. No Israeli forces were hurt during the attack.

Border Police troops embarked on an undercover operation in the Al-Amri refugee camp, and arrested two residents suspected of involvement in terror. As the troops were leaving, the terrorist crashed his car into their armored vehicle, and then exited his vehicle with a knife, attempting to stab the Border Police troops. The troops shot the terrorist, stopping the attack with no Israeli casualties.

The Border Police Spokesperson Unit published a statement about the incident, commending the troops for successfully thwarting the attack.

“Any attempt to hurt Border Police forces will meet a strong and determined response from the forces, who act day and night to thwart terrorism and maintain the security of Israel,” the statement read.

For just $10 per month you can bring the gospel to 1,000 homes. Join us as media missionaries! GIVE NOW
VIEW COMMENTS
« Israeli Hospital Launches Collaboration with Largest Rehabilitation Facility in China Renew Your Flavor With God »