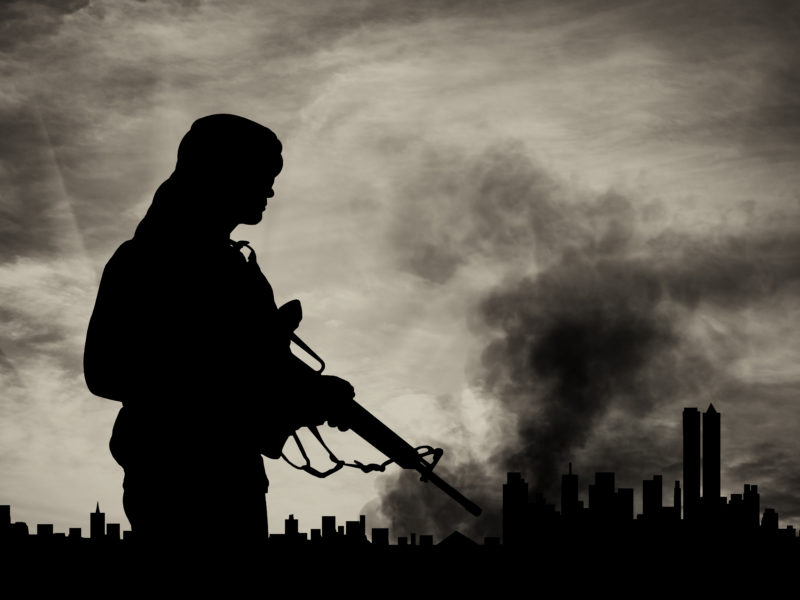 An Arab terrorist who attempted to attack Israelis on Tuesday near the Gush Etzion Junction was shot and killed by Israeli forces securing the area.

The terrorist, who was armed with a meat cleaver, was stopped near the Gush Etzion winery and restaurant.

There were no Israel casualties in the attack.

An initial inquiry shows that the terrorist, who was walking near the winery behind an elderly man, aroused the suspicion of a civilian who approached him to find out his intentions.

The terrorist, who apparently intended to attack the elderly man, pulled out a butcher knife and threw it at the civilian, who drew his weapon and shot the terrorist.

Miriam Savir, who was driving in the area, told TPS that she saw two men run ahead of her car and then soldiers chasing them.

She heard shooting and then drove away from the scene.

Avigayil Dotch told TPS she saw the terrorist running across the street and then a security guard shooting the terrorist.

There are reports that the IDF is hunting for an accomplice.

Gush Etzion Council head Shlomo Ne’eman stated that the attack “ended properly as should any attempted terrorist attack in the State of Israel, without any casualties and when the terrorist is eliminated.”

He congratulated “the heroic resident who identified danger and acted quickly, decisively and accurately and brought the required result,” of shooting the terrorist and stopping him.

“To our enemies, we say that they really do not scare us and certainly will not weaken us in our settlement mission. The opposite is true: we are here forever, we will build Gush Etzion, we will expand and developed this amazing place, together with the rest of Judea and Samaria. This is the property of our ancestors and we hope that soon it will also be a sovereign part of the State of Israel,” he declared.

The Gush Etzion Junction has been the scene of multiple terror attacks.

Tuesday’s terrorist was shot just feet away from the November 2015 attack in which a terrorist murdered two Israelis, Ya’akov Don, 49, and Ezra Schwartz, 18, and one Arab, Shadi Arafa, 40, and injured seven others in a shooting attack.

For just $100 per month you can bring the gospel to 10,000 homes. Join us as media missionaries! GIVE NOW
VIEW COMMENTS
« Sudan Signs Abraham Accords on Way to Peace with Israel Israel Grants Tesla License to Import Cars »