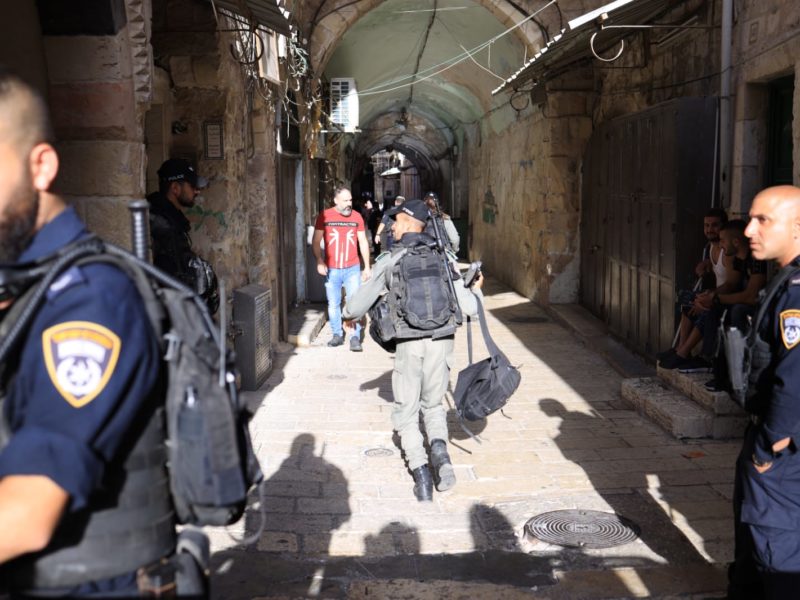 A terrorist on Thursday afternoon stabbed a policewoman in the Old City of Jerusalem, near the Shalshelet gate, at the entrance to Temple Mount.

The policewoman was lightly injured in her hand and was treated by medics on the scene. The terrorist attempted to escape through Temple Mount, where he was arrested by security forces.

The attack is the second stabbing to take place within 48 hours, after on Wednesday a terrorist stabbed a woman near Modi’in, slightly injuring her. In both cases, security forces successfully apprehended the terrorists.

In response to the attack, the Students for Temple Mount Organization called on the government to allow the freedom of worship to all faiths on Temple Mount.

“The capitulation of Israel’s government is causing the loss of whatever little Israeli sovereignty is still had on Temple Mount, and allows for the attack similar to the one we saw today. These attacks are not our fate,” they said in an announcement.

For just $100 per month you can bring the gospel to 10,000 homes. Join us as media missionaries! GIVE NOW
VIEW COMMENTS
« On Rosh Hashana Eve: World’s Jewish Population Stands at 14.8 Million Israel’s Elbit Awarded $85 M. Contract by US Navy »