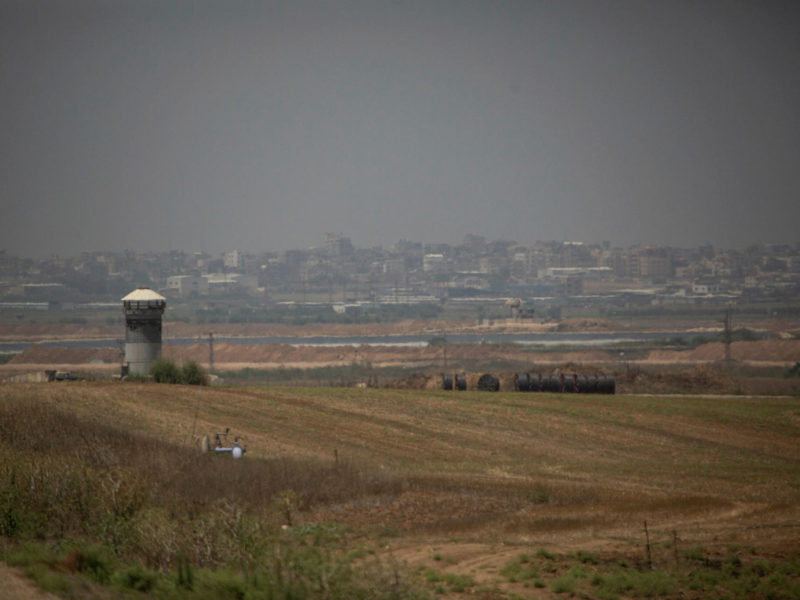 Gaza-based terrorists fired a mortar on Sunday at Israeli territory. The projectile exploded in an open space, causing no injuries or damage. The IDF did not respond to the attack.

In the same area, an Arab attempted to cross into Israel from the Gaza Strip through the sea. He was captured at the Zikim beach, unarmed. He told the Israeli Navy forces that he had attempted to enter Israel to find work. They had apparently saved him from drowning.

In related news, IDF forces carrying out counter-terrorism operation throughout Judea and Samaria on Sunday night arrested 22 wanted terrorists suspected of involvement in terrorist activities and violent disturbances against civilians and security forces. The suspects were taken for questioning.

Israeli forces carrying out a search to find illegal weapons in the Arab village of Kafr Aqeb in the area of the Binyamin Regional Brigade seized a sniper’s weapon and improvised weapons.

In addition, forces operating in the city of Hebron seized tens of thousands of shekels meant to funds terrorism.

For just $100 per month you can bring the gospel to 10,000 homes. Join us as media missionaries! GIVE NOW
VIEW COMMENTS
« University Praise Choir Boldly Worships God In A Restaurant In Texas Netanyahu: Israel Will Penalize PA for its Policy of Paying Terrorists »