BREAKING
Cancer Patient Survives A ‘Death Sentence’ & Receives A Surprise From Jennifer...
TikTok Kid Preacher Feels God In His Prayer Time; “I Am Not...
“Jesus Appeared To Me Twice So That This Message Will Be Delivered...
Home Video For Texas Archeologist, Shilo Discoveries Reinforce Christian Faith 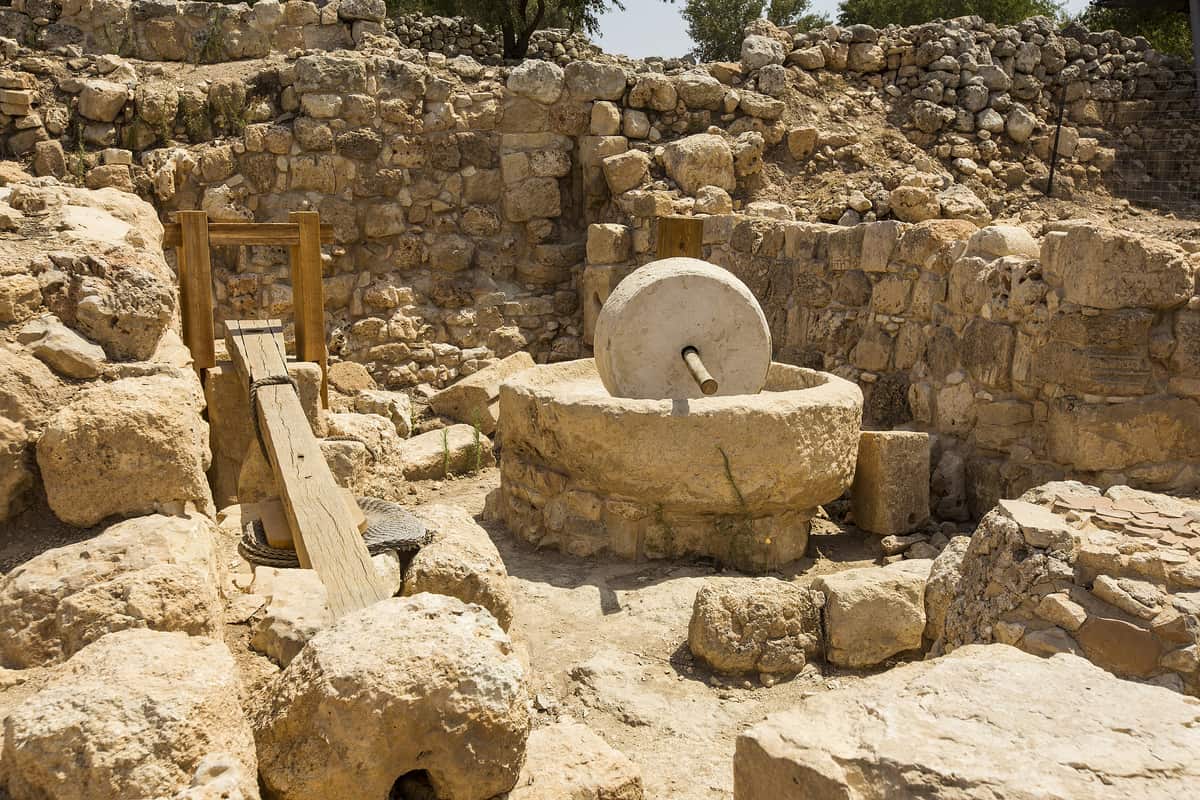 When an unnamed media outlet placed Dr. Scott Stripling, the provost at The Bible Seminary in Katy (Houston), Texas and the Director of Excavations for the Associates for Biblical Research, “outside the mainstream” of Israeli archeological thought because he believes the Bible is the literal word of God, he took the description as a compliment.

“I can’t remember where it was, but the report said that “while Stripling and his team do vigorous scientific archeology,  they lie outside the mainstream of Israeli archeological because they take the Bible as a serious text.

“I think they meant it as a pejorative, but I agreed with every word, Yes, I’m guilty as charged – we’re doing serious archeological  research and yes, we take the bible as a serious text,” Stripling told TPS.

Walking around the the excavation site at Ancient Shilo, where the Prophet Joshua is said to have set up the Tabernacle after conquering the promised land and where it remained for 369 years, it is clear that for Stripling, who is also an ordained minister with an infectious smile and chiseled features honed from years of digging, the overlap of his scientific and Biblical expertise have come to reinforce one-another. While there is no concrete evidence of the elusive Ark of the Covenant or the Tabernacle, he says the findings all around the site give clear indication of an ancient civilisation here, complete with remnants of sacrificial norms that would reinforce the Biblical narrative.

“Just behind us, in our area D is a massive bone deposit with bones only from the biblical sacrificial system full of Late Bronze Age pottery with restorable vessels… so very very clearly this was a sacrificial site,” Stripling said during a tour of the site. “And the ruins we’ve unearthed on the south side were built by the Christians in the 5th century. They clearly believed that something significant had occurred here.”

Even more significant, he says, is the northern gate, which he says was likely to serve as a port to bring water from a nearby spring and which contains imagery and remnants of Biblical fruits such as pomegranate. After digging for 20 years at Khirbet el-Maqatir, about 15 kilometres to the south,  Stripling and his dig team began to unearth and study the current site last year, and will continue at least until 2023.

“We’re exposing the outside of the ancient wall, the fortification wall that went all the way around the site. The top of it, and then the inside of it. On the outside, we have a glacis, an earthen embankment that protects the wall from foreign invasion. On the top of it we have early Roman/ Early Second Temple structures built into it because it’s a very large wall, five and a half meters wide.

“On the inside we have storage rooms and interior buildings where people stored grains, figs, barleys. When people (came) to Shilo, they wanted to give their tithe, and that meant commodity. So (you’ve got evidence of) sacrifice, also of commodity.

“For more than three centuries, this is the center of Israelite life,” he said.

“In an archeological tel the deeper you dig the older the material is. Walking here you really are suspended in time – when we dig you’ve got the Islamic period, Byzantine, Early Roman (late Second Temple), Hellenistic, Persian, which is the Iron II (Age), which is the period of the Kings, Tabernacle), then back to Canaanite/Amorite period.

Ultimately, Stripling said that while the Biblical narrative cannot be proved beyond a scientific doubt, he added that his findings at the site, as well as at other dig sites he has overseen around Judea and Samaria, has served only to strengthen his belief that the Biblical story is historically accurate. That view has led on occasion to professional disagreements with local colleagues – he was “stunned” several years ago when a PhD student at the Hebrew University of Jerusalem said that he had been the first archeologist that had ever mentioned the Bible to them.

Nevertheless, Stripling is not intimidated by the charge that he is outside the mainstream.

“The most basic of all human questions that people of all cultures and all socio-economic strata have is  ‘how do I connect with God,’ ‘how do I bridge that gap between us when we fracture our relationships and between God. Sacrifice provides a means by which we can recover broken relationships.