The Battle For Love: Know Your Assignment | God TV
Faith 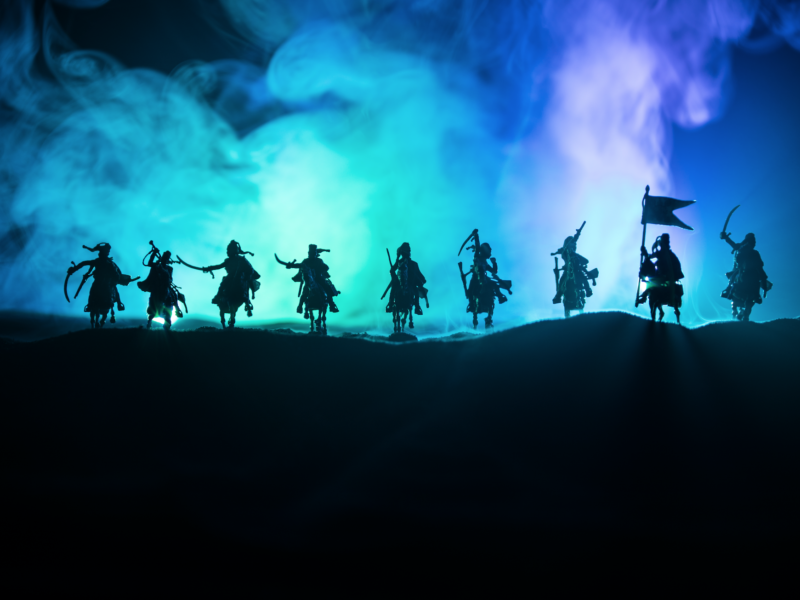 Several years ago I had a dream that rocked me. In the dream I was with a company of people preparing for a battle. I had the sense I should be joining them, however I didn’t possess understanding of what was unfolding. Consequently I felt underprepared, and didn’t know what my assignment was for the battle. Then the others started putting on their armor and picking up weapons, so I followed suit. I couldn’t shake the feeing that I should know more about this armor, and why we were putting it on.

After that, I looked up and no one was there. Through a window I could see them jogging in formation towards a battlefield. Fear gripped my heart. Grabbing the nearest weapon off the table, I ran as fast as I could out of the house and up the hill to catch up.

When I crested the hill, an arrow suddenly wizzed past my head. There was a fierce battle being fought just on the other side of the hill, and I had been oblivious to it! I stood in shock of the moment. The fighting was intense, and adrenaline washed over my entire body. Instinctively, I ran behind a huge rock, dropped to my knees and covered my head. Suddenly, I remembered that those were my friends out there fighting, and I was hiding behind a rock! “No! I won’t leave them!” I thought.

Amidst all the intense fear, there was also a desire in me to love well and fight for what was right! After a couple of deep breaths I jumped out from behind the rock screaming, brandishing the weapon I’d blindly grabbed from the table. Suddenly, dread fill me as I realized the sword I was waiving in the air was in fact, a BUTTERKNIFE!

A Word Of Correction

Instantly, I awoke with a jolt and fell out of my bed onto my face. My body was limp from the sudden absence of adrenaline, and I could feel the weighty presence of the Lord in the room with me. I felt deep shame that caused me to weep in His presence until I could weep no more. I couldn’t shake the feeling of that battle for days. Finally, I asked the Lord about it, even though I was scared of what His answer might be. He gently and lovingly showed me places where I lacked urgency, was hiding from the spiritual battles in my life, and not proficient in the Word. The word of correction that the dream carried wasn’t comfortable, but it pushed me into a season of “eating the scroll”. I’m so thankful for that season now!

“Now all discipline seems to be more pain than pleasure at the time, yet later it will produce a transformation of character, bringing a harvest of righteousness and peace to those who yield to it.” Hebrews 12:11 TPT

This new season we’re walking through globally carries with it a lot of new battles. Consequently, we have a lot of new emotions, trauma, and sensitive circumstances to manage. I want to encourage you to know your assignment and engage in the battle! If you don’t know what your assignment is, ask Him! Don’t give into the feelings of inadequacy, disqualification, or fear. And don’t let comparison lie to you and steal your inherence in this season. Go deep into the word of God and His presence! Read it like your life depends on it!

The Battle For Love

Beloved, you were made for such a time as this! Scientists have estimated there is a one in 400 trillion chance of you being born exactly as you are. How many things had to align perfectly for you to come forth as God intended? It is NOT an accident that you are living through this season in the earth! You are here for a reason, and we need you to take your place, fully clad for the battle! Your presence matters. Your voice matters. Showing up to the battle with awareness and intention, matters.

Therefore, what’s the specific battle the Kingdom of God is fighting in this new world? I believe it is the same battle that has been raging since the fall––the battle for LOVE! More than ever, we have a chance to love boldly like Jesus loves and lay our lives down for each other in radical ways. Maybe that looks like the sacrifice of homeschooling, of serving your spouse, or providing for your neighbor––maybe it’s speaking the truth in an uncomfortable moment. Whatever it is, in order to release perfect love we have to forsake fear. The same fear that filled me in that dream. Fear of not being enough, of getting it wrong; even fear of death! We have to let it go if we are going to love like our Bridegroom King in this hour!

“They will not live in fear or dread of what may come, for their hearts are firm, ever secure in their faith.” Psalm 112:7 TPT

For just $100 per month you can bring the gospel to 10,000 homes. Join us as media missionaries! GIVE NOW
VIEW COMMENTS
« Swiss Mountain Illuminates World Flags To Offer Support During The Pandemic Worship Artist Kalley Heiligenthal Shares Message of Encouragement From Season Of Mourning »