The Battle Is The Lords 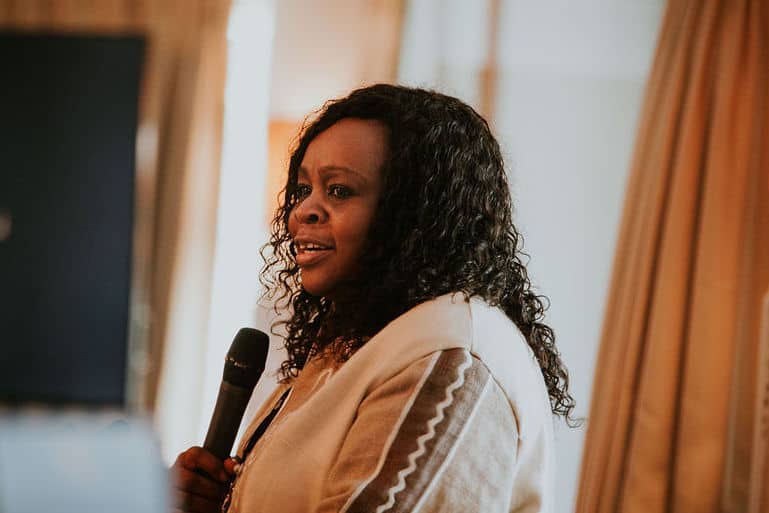 We are halfway through the year, and there is such a tangible sense of excitement and expectation about what God is doing. However, as the plans and processes of God unfold, there can at the same time be an overwhelming anxiety around what is yet to come and what has not yet been achieved. The enemy wants to take advantage of this and ambush you in the area of your emotions, in order to overthrow the faith that you have stood on for so long. I want to encourage and strengthen you as you pass through this, with some guiding principles from 2 Chronicles 20.

En Gedi, a place where leadership is defined

In the prior chapter, King Jehoshaphat had begun to move in the right direction and restore order to the nation by setting judges and priests in place to govern. At the start of chapter 20, however, we learn that the Moabites and Ammonites had come to make war on Jehoshaphat with a vast army. The attack seemed to have come out of nowhere and was nothing less than an ambush set up to destroy the nation. By the time that Jehoshaphat learned of it, the enemy army was already in En Gedi.

Now, En Gedi is an important place with a strategic history. It was at En Gedi that David’s leadership was truly defined. In 1 Samuel 24, while Saul was hunting David to kill him, Saul had entered a cave in En Gedi to relieve himself, not knowing that David was already hidden in that same cave. Saul was completely at David’s mercy, and David had a choice to take Saul’s life with his hands or to leave it in God’s hands. David’s emotions would clearly have been stirred up at this point, and it would have been all too easy for him to act out of fear, frustration, anger, ambition or revenge, and to kill Saul there and then. Yet David had a deeper insight than to act in this way, and let Saul live, recognising that Saul was still God’s anointed.

David made a godly decision that day and modelled what it looked like to rule from God’s perspective rather than from a place of flesh, emotion and personal desire. David knew the justness of God, and that he wouldn’t get away with doing wrong, even if he felt like he could justify it emotionally and even if those around him agreed. He knew that his own leadership had developed and flourished in Saul’s kingdom, and that the growth of Saul’s kingdom had been connected to his growth. He knew that he couldn’t build his own inheritance while destroying Saul’s legacy.

En Gedi therefore represents a place where leadership is defined, where godly choices must be made, and the righteousness and values of the kingdom of God must be expressed. In 2 Chronicles 20, the people of Judah and Jerusalem found themselves in a place where such decisions needed to be made, and in this season you must also make the right decisions, regardless of the emotions that arise.

Conquering the spirit of compromise

Before the attack, when things were well, Jehoshaphat had begun to implement reforms to bring about a godly order. The question now was whether he would still trust God to come through when he was under pressure and faced with overwhelming circumstances.

One of the ways that the spirit operates is by finding and twisting unaddressed bitter roots within the heart, such as express themselves through pride, ingratitude, self-entitlement, an overinflated estimation of oneself and so on. These manifest socially as comparison and competition, and turn into temptations when the opportunity comes to further one’s own interests by cutting a corner or overlooking an important spiritual value. Very often, the person who succumbs to this does not do so intentionally, but in ignorance, because of the emotional nature of the situation and the pressure of the circumstances in which they are in. Being alert, and intentional about our decisions and actions is therefore key. In this season of pruning, all the bitter roots of the heart must be cut out, and the old wounds and pains must be healed.

Leading from a place of purpose, promise and prophetic insight

Jehoshaphat resolved to enquire of God and seek His help. He called a fast, and gathered with the people at the temple. When he called on God, he didn’t begin his prayers by talking about his personal situation or what was happening to the nation on that day, but first brought before God the history of Israel and the purposes to which the temple had originally been dedicated. When he did then pray for help, the prayers were building on certain purposes and promises of God that had long been established.

Prayer works when it is built on the true purposes and promises of God.

Jahaziel, a descendant of Asaph and a Levite then prophesied by the Spirit of God about how the fight would be won. He declared that the battle was not Judah and Jerusalem’s to fight, but was God’s! Jahaziel, with his specific heritage, represents the voice of godly legacy speaking in the present. This is the power of God’s established promises and purposes influencing today’s outcomes, and the voice of experience and understanding giving insight and direction.

When you go before God to pray in this season, make sure you are aligned to His purposes, and to what He has said to you and told you to do. When the circumstance is covered by a promise already given, the battle belongs to God. He will let you know exactly where to go and what to do.

Be alert also to the voice of those who have real insight. Jahaziel came from a family background where there was a richness of prophetic experience, and he was able to speak accurately into the situation when the Spirit of God moved. Know who in your midst has the experience to hear and communicate the voice of God in critical moments. Believe the prophets and prosper!

Breaking the cycles and moving forward

Jehoshaphat’s political alignments with wicked kings before and after this time were an opening for the enemy, and created inroads for the ambush. As well as pruning your own heart in this season, be careful to also prune any ungodly relationships and alignments that could take you down. If you have been taken down in this way in the past, be doubly careful. You cannot allow these things to come around again. Repeated cycles must have an expiry date in this season.

Check in with God before you move, and be careful to make sure that you are acting out of godly values and not out of emotions or a personal agenda. Proverbs 14:12 says that ‘there is a way that appears to be right, but it in the end it leads to death’. The lives of many are at stake, so think seriously and with righteous judgement, and defend against compromise in all its guises.

The Church is a sanctuary and a site of God’s mercy. It is a place of deliverance and intervention and of His speaking. Remember His goodness, and with gratitude return to the place of worshipping Him for who He is. His best is yet to come in this season – be intentional and don’t miss it!