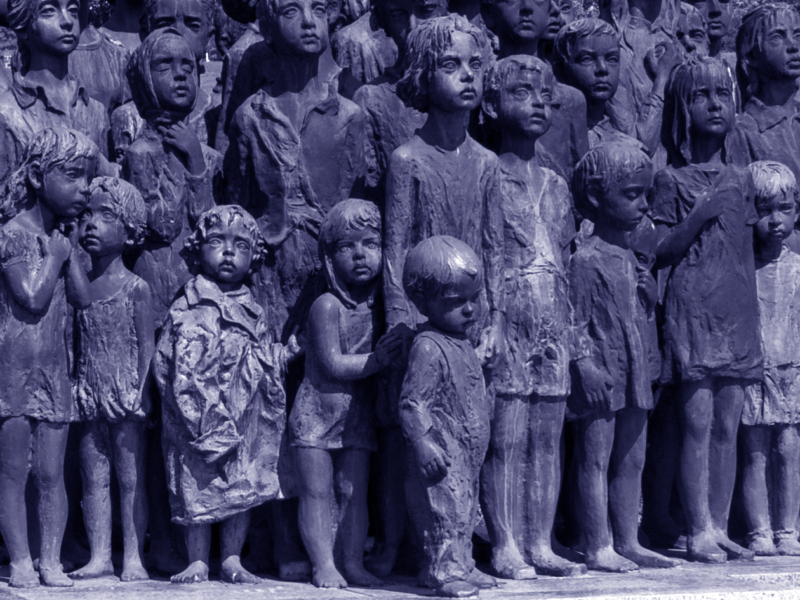 Each Holocaust Memorial Day, one remembers the 6 million Jewish people who were killed during World War 11. However, we must not forget that out of this number 1.5 million were the children of the Holocaust. It’s hard to fathom that genocide on such a vast scale was ever possible in a civilized society and especially not perpetrated on innocent children. However, the brutal facts are evident for all to see. So this January 27th we especially remember all the Jewish boys and girls the Nazis exterminated due to their faith.

There are many memorials to the children of the holocaust. Perhaps the most touching is at Yad Vashem, the Holocaust museum in Israel. At its entrance, the ‘Monument to the Children’ has several pillars. Each of these is broken off at different heights symbolizing the children’s lives tragically broken off long before their time.  Inside the monument, one walks along a passage of mirrored walls reflecting the light of just five candles. As you walk, you hear the names of the 1.5 million children, their ages, and where they perished.  It takes three months to run through all the children’s names. This shows the magnitude of a lost generation, but we will never forget these children.

The Jewish people shun statues so you see very few Holocaust memorials that feature the human form. However, the Children´s War Victims Monument in Lidice in the Czech Republic (pictured) does depict boys and girls of all ages. Specifically, this commemorates 82 children executed by the Nazis on 10 June 1942 and more generally the millions of children of the holocaust. 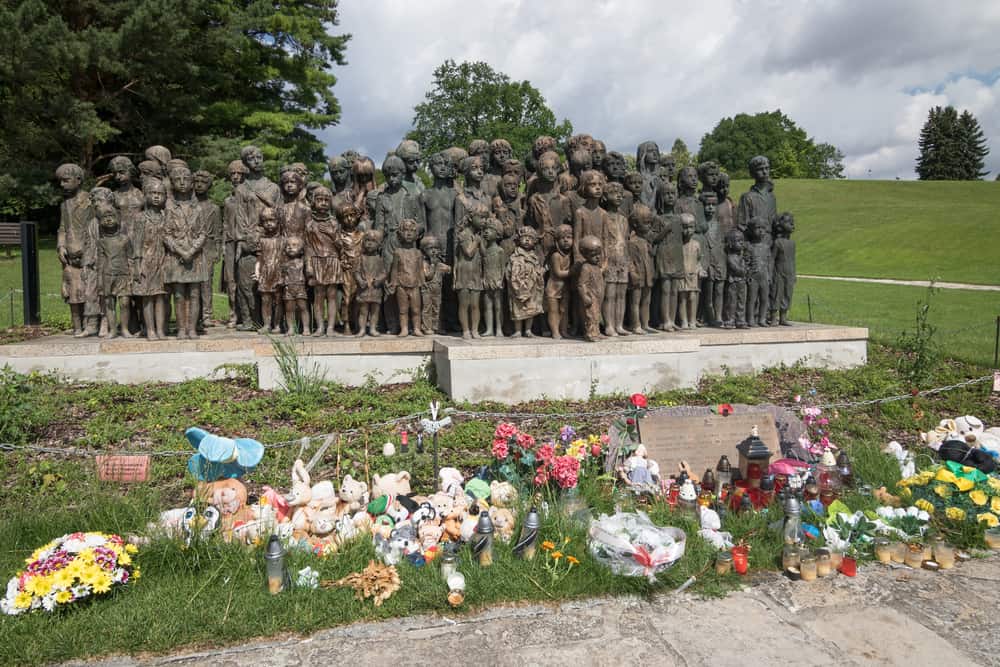 A musical tribute to the children of the Holocaust

While these memorials remind us of the children of the Holocaust, there are other moving tributes through poetry and music. For instance Oratorio Terezin tells the story of 15,000 Jewish kids who perished in a transit concentration camp. This was situated in the small town of Terezin northwest of Prague, in the Czech Republic. Many of the prisoners held in transit to the death camps were musicians, writers, poets, and artists. They encouraged the children to write and paint about their feelings. Their poems are published in the book I Never Saw Another Butterfly and violinist, composer, and worship leader, Ruth Fazal has set them to music.

Oratorio Terezin is a largescale musical composition for an orchestra, choir, and soloists. Featuring the children’s poems coupled with Hebrew scriptures, it is “a love song of hope in the darkness of the Holocaust.” It a musical masterpiece that portrays God’s heart in the midst of suffering. It was first performed in Toronto, Canada in 2003. Ruth also led tours to Europe and Israel. Many Holocaust survivors attended the concerts and gave them standing ovations.  Marion Rice-Oxley has traced the journey of Oratorio Terezin in her award-winning documentary, ‘I will not die’.

You can watch the full Oratorio Terezin below which still receives excellent reviews. Sharon says: “The images are too horrible to comprehend or look at ever again, but the thread of this Memorial, the exquisite music, and the endless search for God through scriptures makes this grievous memory what we must remember forever. Love Israel and the Jewish people with all your might.”

Born in England, Ruth Fazal began her musical studies on the piano and violin and graduated from the Guildhall School of Music in London. She studied further in Paris before emigrating to Canada where she lives in Toronto. Ruth has performed with the major orchestras in the city and composed several compositions for orchestras and choirs. She also uses her skills on the violin to create a place for people to enter into the presence of God. She is a worship leader and songwriter with over 20 CDs and travels extensively. Her deepest desire is to see the Body of Christ enter into an intimate relationship with Jesus.

Al Gibson is a Christian journalist who has been to Israel several times. He has visited Yad Vashem in Jerusalem, the Holocaust Museum in Washington DC, and Auschwitz-Birkenau.  Read Tears at Auschwitz… Out of unbearable sadness comes joy which shares about his visit to the former death camp in Poland.

For just $100 per month you can bring the gospel to 10,000 homes. Join us as media missionaries! GIVE NOW
VIEW COMMENTS
« Bitter Memories of the Holocaust Become Spectacular Series of Embroideries Israeli Scientist Develops Computational Method that Can Substantially Shorten Drug Development Process »