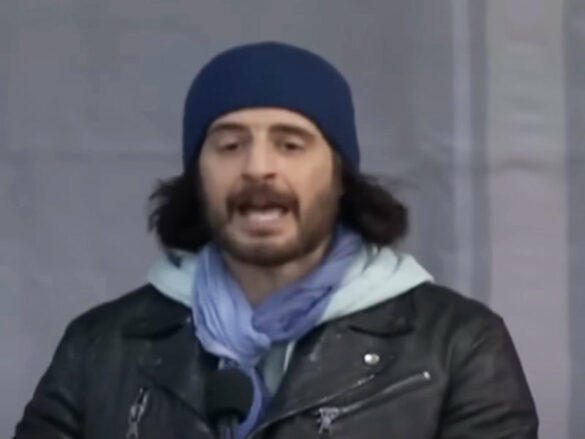 ‘The Chosen’ actor Jonathan Roumie boldly declares to the public his allegiance to protecting the unborn during the March For Life 2023 speech.

“God is real and He is completely in love with each and every one of you,” Jonathan started his speech with these words.

In the actor’s message, he stressed Jesus Christ being the Light of the world and the Author of life. And for that reason, as believers of Christ, everyone is present in that place.

“His Light has burned so very brightly within each and every one of you, irrespective of specific beliefs,” he said. “Compelling you forward for one reason or another to stand together today. And fight the noblest and worthiest cause possible. Which is to allow the unborn the right to enter into the world and defeat those earthly forces that wish to destroy the very evidence of them.”

Further, Jonathan referenced Psalm 139 in the Scripture to highlight God’s heart for the unborn. Even in a mother’s womb, God knitted the unborn “fearfully and wonderfully.”

Change From The Inside Out

He also shared his gratefulness for the successful overturning of Roe V. Wade after 50 years of prayer.

“I pray that with this recent step in protecting life despite the grievous nature of what we’ve allowed,” he said. “That God might still look upon us in His infinite mercy… it is good but it is far from finished.”

The actor further revealed how he spent more time on his faith, which changed him from the inside out.

“God begins to give you glimpses of more of everything, inviting you to journey to go deeper with Him,” he remarked.

But soon after, Jonathan also stressed that “Satan is also real,” trying his best to deceive and destroy people’s lives.

“He wants us to believe that abortion does not harm us individually and as a society,” he explained. Then he urged the listeners to pray for those deceived by Satan’s schemes.

Watch Jonathan Roumie’s full speech in the video below.