The Climb – An Adventure With God In Africa | God TV
Articles 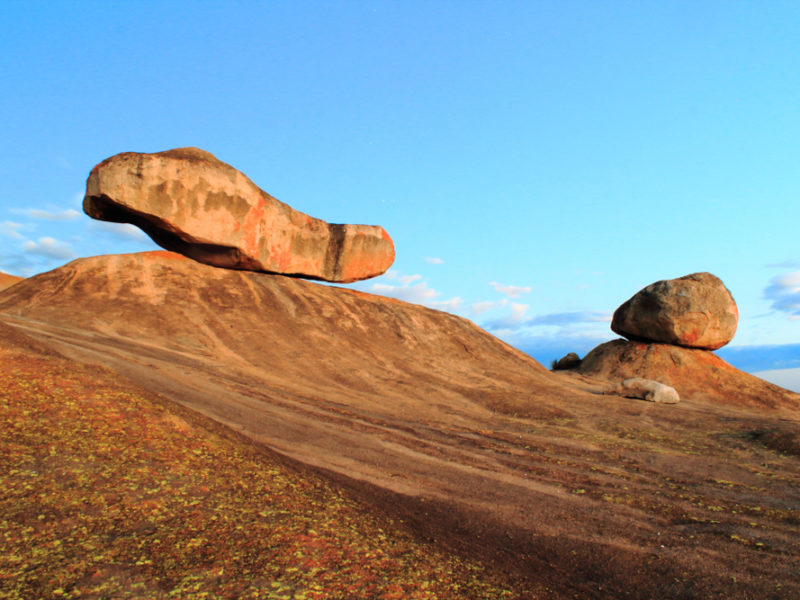 American, Irene DeArmond shares her experience of God in Zimbabwe during the climb she and a missionary group experienced at the large granite hill at Dombashava, known for its exquisite balancing rock formations.

The day began. It was truly beautiful. I still couldn’t believe I was in Africa! All these years had passed in my life and it took until I was in my forties to get to this truly breathtaking continent. As I took a moment to just take it all in and breathe, I thought back to when I was a teenager.

Back then I used to think about travel and actually did travel quite a bit. But, then life happened and marriage and family and death and divorce and things came crashing down all around me. Even thinking about it gave me a pause in my spirit. It was less painful though, and that was good.

Regret had consumed me along with fear for too many years. I was not going to let it take up residence in my heart ever again. Instead, I was going to continue moving forward in the direction God was leading me. And right now, that guiding had led me to Zimbabwe.

Getting there was the beginning of trusting God. Two flights which took me almost to the other side of the world, one 15 hour flight and a second 10-hour flight with layovers in between, almost 36 hours total and I had arrived. Just 2 years prior, even the travel would have been a deterrence. Not anymore.

God had truly given me the opportunity to walk in this new freedom. With everything in me, I was embracing the opportunity, while excitement and the tiniest bit of fear rolled around inside me. But I was determined to push through. I was doing this!  I watched movie after movie, drank lots of coffee, ate too much food and actually slept about four hours. It wasn’t so bad after all.

The plan for me in Africa was intertwined with several groups. The one group I would spend the most time with was my team from America, 19 of us in total. Next, once in Zimbabwe, we would connect with several other groups, people we would spend time with and minister to during our 12-day stay in this country. Zimbabwe would never be the same, but neither would I!

One day, in particular, stood out for me. It was truly a defining moment and one I will guard as a treasure in my memory bank. This was the day we went to Dombashowa. The day was clear and warm. The sky was a brilliant blue with clouds, the kind that look like big, fluffy cotton balls. And the air was crisp and fresh. 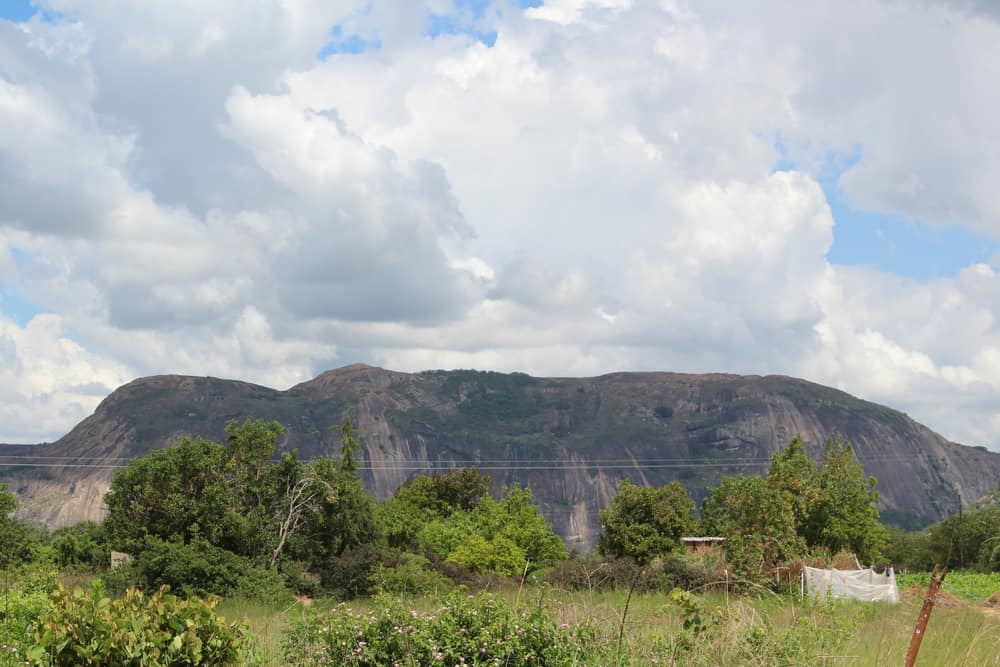 A perfect day for the climb

The group, which included people of all ages, gender, and ethnicity, began the 20-30 minute climb up the rock known as Dombashowa just on the outskirts of the capital city of Harare. This “rock” was more than a rock, it was a bit of a mountain and it was quite a hike. Now, of course, that is coming from the 40 plus-year-old outlook.

If we were to ask some of the younger ones, especially the teenagers who continually passed me on the climb up, well, they probably would have said, oh, it’s easy. But, I did make it. I was glad that I had continued to work out regularly, otherwise, this climb would have been a lot more challenging.

Once at the top, I became so aware of God and His presence. And it wasn’t just me that felt it. The entire group, all 50 or so of us, really felt something different. You know what I mean? When you almost feel a change in the air around you? That is still one of the coolest things to me that we can feel the Lord and His presence. And He was there with us at the top of this rock, overlooking Harare and the surrounding area. We could see for miles!

In my adult mind, I actually wasn’t able to fully take it in. I am not sure that everyone completely understands this, and that’s ok. I am not sure that I did. I just knew it to be truth, as we often do when we experience and flow with the Lord and His Spirit. In order to fully absorb what was happening and essentially what God had for me, I had to become childlike, even from the beginning of the climb, but also for when I was standing at the top taking in everything around me. And like a child I became, and it was just incredible!

Once everyone was at the top, we ate breakfast and had some connect time. This, for me, was a great opportunity to continue moving in the new direction God was taking me. Have you ever felt like you wanted to hide and withdraw from the people around you?

That was me. I had remained hidden, by my own choosing, for most of my life. And now, the Lord was revealing me. But, I had to be willing to step into that reveal. So, I took a chance. And you know what? It was actually really good. I had great conversations with many people, and it didn’t matter what we talked about. I truly enjoyed the conversations and getting to know these amazing people who lived in this beautiful country. 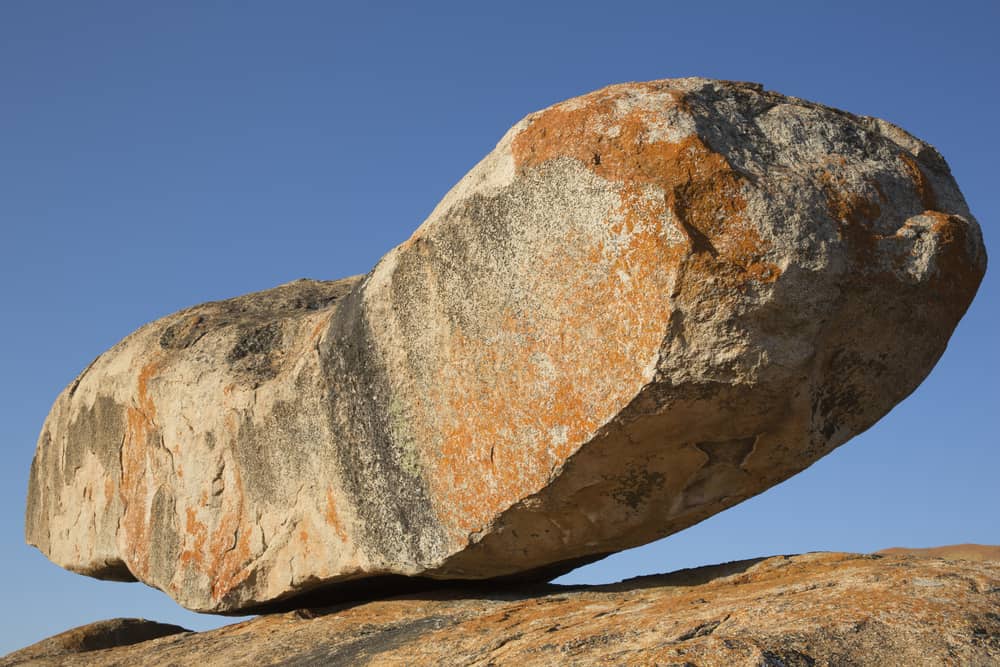 I had missed out on so many different opportunities to meet people over the years. I was determined to change that! One thing I have learned is that every person you meet is there for a reason and it is your choice what that meeting looks like. You can either pass them by, or you can meet someone unique, even if you never see them again, you each have something for each other! Every meeting is significant!

Once everyone had finished their breakfast sandwiches, we all gathered in a circle and began to worship. We lifted our voices in unison to Heaven, songs of His praises, His glory, His goodness, His promises, His love… our voices also floated out from Dombashowa spreading over the land of Zimbabwe. It was like a healing balm covering a country that was in such hardship, pain, hopelessness, and in need of refreshing.

Oh, how we felt the Lord at that moment even more! We began to pray and release words of hope and healing over Zimbabwe. From the top of this mountain, we interceded for this land and the people in it holding onto God’s promises. And at that moment, within our circle, we felt unity. God had knitted our hearts together as we were pressing in for breakthrough and doing it from His heart. Yes, something changed that day, in the land but also in each one of us as we stood together before God. Our many hearts had become one heart.

On the climb down, there was a spark in my step. I had more energy, and a new hope had begun to grow inside me. It wasn’t just for Africa, it was for me as well. Because I had become part of something with others for the Kingdom, I now had a new charge on my life. I was no longer at peace with being complacent, or just moving through life in a normal way. Rather, I was ready for the new, the exciting, the childlike.

I was ready for whatever God had for me, really ready, like never before. The climb that might have been a challenge while I was doing it had been such a reward! Isn’t that just like life sometimes? The beginning is difficult, but the other side is so good. Not only that, the process is key, because of what is learned and experienced. These are what will sustain you in life.

My life will be different from this point because I am different. Who knew that it would take traveling over 10,000 miles to Africa for me to truly find myself. Crazy right? Well crazy or not, I will be forever grateful for the climb!

Irene DeArmond writes for the blog, The Genre of Women. Her passion is that women know who they truly were created to be and embrace who they are… that women should be seen, heard and known.

For just $100 per month you can bring the gospel to 10,000 homes. Join us as media missionaries! GIVE NOW
VIEW COMMENTS
« The Single Solution To Destroy A Stronghold Once And For All Google Honors Japanese Diplomat Who Saved Jews during Holocaust »