The Closer You Get, the Larger Things Appear | God TV
Articles 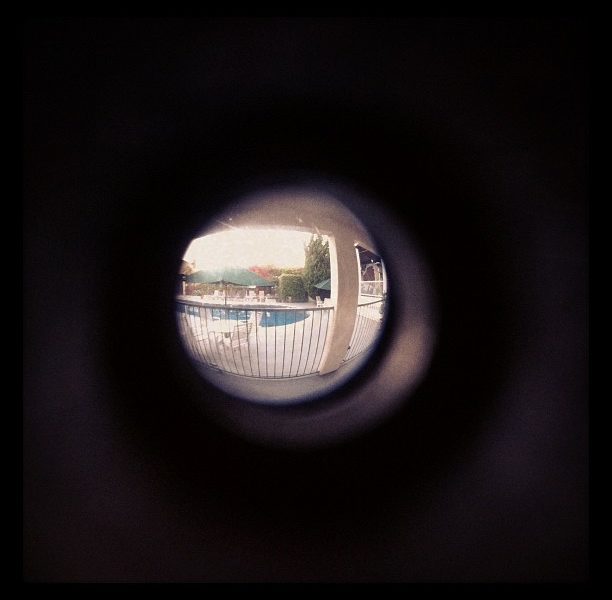 For many years, I owned a business that installed doors and windows in new homes. When we hung the front doors on houses, many times we had to install a peep hole. A peep hole, for those who might be unfamiliar, is a small telescope that allows those inside the home to see who is standing on the other side of the door without having to open the door to see them. In order to install the peep hole, you first have to drill a hole through the door and then insert the peep hole. Inserting the peep hole is a simple task where there is really only one possible thing that can go wrong. That thing is inserting the peep hole backward. As I said, above a peep hole is basically a telescope, so if you look through one side, everything gets larger. But, if you look through the other side, everything gets very small. When a peep hole is installed backwards, instead of being able to see what they are looking at large and clear, those looking see everything small and distorted.

These peep holes always caused me to think about a Psalm and Moses.

The Psalm is Psalm 34, where we are encouraged by these words, “O’ magnify the L-rd with me.” How can we magnify G-D? After all, G-D is everywhere at all times. He is already larger than anything that can be imagined, yet we are encouraged to make Him larger. This concept may seem to be an impossibility.

If it seems impossible, it is because we are looking at the term magnify in the wrong way. The psalmist wasn’t asking us to join him in actually making G-D larger. He was asking us to become the lens whereby those that look through us see G-D as larger. Said another way, when we walk in faith according to G-D’s Word, we become a lens for people to see G-D’s greatness and vastness.

Let me try to explain this concept in a different way because, for you and I as believers, this concept is foundational to our understanding and our ability to be witness of Him. To help clarify what I am trying to convey this week, let’s look at Numbers 27:12-14:

12 Then Adonai said to Moses, “Go up this mountain of the Abarim range and look at the land that I have given to Bnei-Yisrael. 13 When you have seen it, you will be gathered to your people, just as Aaron your brother was gathered. 14 For in the wilderness of Zin during the strife of the community, you both rebelled against My Word instead of honoring Me as holy at the waters before their eyes.” (These were the waters of Meribah at Kadesh in the wilderness of Zin.)

In these verses, we are reading a conversation between G-D and Moses just before Moses turns over leadership of Israel to Joshua. Moses is about to die and G-D is reminding him why he could not lead Israel into the Promised Land. Notice in verse 14, G-D provides the reason. Moses rebelled against G-D’s Word by not honoring G-D as holy. For those unaware about what Moses did that was so wrong, the answer is when G-D told Moses to speak to a rock, instead of speaking to the rock, Moses hit the rock.

Most of us would think that in the grand scheme of things, compared to all of the things Moses did that were right, something this small would be seen as insignificant. After all, when we read the incident in Numbers 20, we can understand why Moses was so angry. So, why, after all of the positive things that Moses had done as the leader of Israel, was he punished so dramatically because of this seemingly small act? It is because instead of Moses magnifying G-D by speaking to it as Moses was commanded to do, Moses hit the rock and made G-D look smaller. How did Moses make G-D look smaller? When Moses hit the rock, he showed the Children of Israel that his anger was larger than G-D’s commandment. Moses’ actions made G-D and His word look smaller and less important than Moses’ emotions and feelings. We read similar words in the book of Romans 2:24, where Paul writes these words:

24 For as it is written, “the name of God is slandered among the nations because of you.”

23 You who take pride in the Torah, through your violation of the Torah, do you dishonor God?

When Moses rebelled against G-D’s commandment because of his own feelings and emotions, he diminished how the Children of Israel viewed G-D. G-D became less in their eyes. Instead of Moses magnifying G-D, Moses made G-D look smaller. Please understand that Moses could not make G-D look smaller in the eyes of others, unless Moses had first allowed himself to see G-D as smaller. Moses let his anger become larger than G-D and His commandments. The result of his actions was that Moses could no longer lead the Israelites into the Promised Land. Why would such a severe punishment be warranted? It is because the Children of Israel were about to enter into the Promised Land and fight against the very people that their previous leaders had claimed were too large for G-D to defeat. Remember the ten spies and their bad report? If Israel was going to trust G-D for victory, they were going to need to see G-D as BIGGER and Moses had just shown them a smaller G-D.

As you read this blog today, I hope that you did the same thing that I did while writing it. I hope that you took some time to look at your life and faith walk. Are you living a life that magnifies G-D? When people look through you, do they see G-D as larger? Or are you letting your feelings, your emotions, or your desires cause you to sin against G-D’s commandments and, by doing so, cause people to see your G-D as small? The truth is that you and I are like a magnifying glass, and the closer we walk to G-D, the larger He appears to others.

For just $100 per month you can bring the gospel to 10,000 homes. Join us as media missionaries! GIVE NOW
VIEW COMMENTS
« Contending For National Revival Through The Church Becoming A House of Prayer What Is The Source Of Your Reality? »