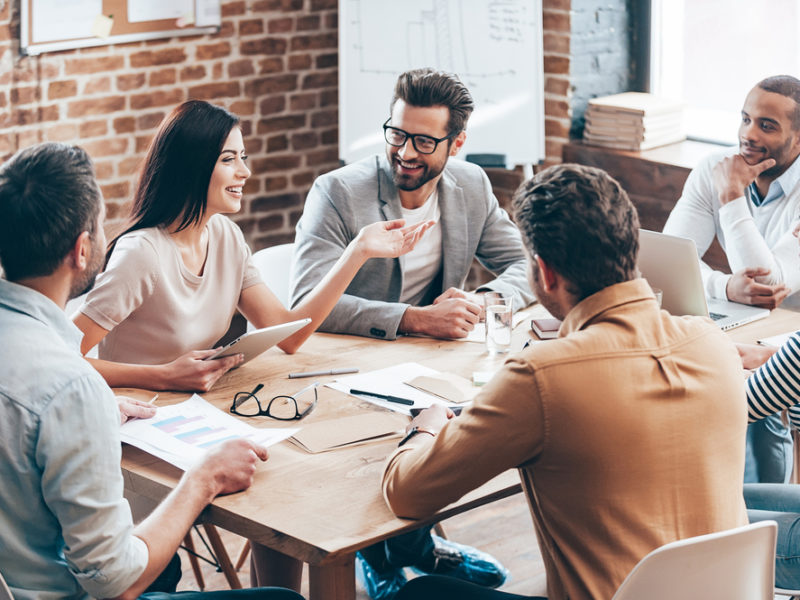 In Genesis, chapter 3, God explains to Adam that he’ll spend the rest of his life working the ground “in toil” and in the “sweat of your face”. What a shame. That destiny was not God’s original plan for Adam – it was the serpent’s counterfeit offer breaking bad. Sin separated Adam and Eve from God and got them evicted from the Garden.

Genesis 3:17-19 says, “Then to Adam He said, ‘Because you have heeded the voice of your wife, and have eaten from the tree of which I commanded you, saying, ‘You shall not eat of it’: Cursed is the ground for your sake; in toil you shall eat of it all the days of your life. Both thorns and thistles it shall bring forth for you, and you shall eat the herb of the field.In the sweat of your face you shall eat bread till you return to the ground, for out of it you were taken; for dust you are, and to dust you shall return.’”

It’s not a very optimistic picture; it sounds like work is a prison sentence to a lifetime of hard labor.

Thankfully we live in a new dispensation.

Jesus is the second Adam.

The first Adam brought death into the garden, along with the resultant curses.

Jesus then lived a sinless life, defeating death through the resurrection, providing a chance for our redemption, including in the important area of our occupation.

Our occupation can be redeemed for God’s purpose!

What is the currency of Christ’s kingdom?

Currency represents value. We know a dollar is ten times more valuable than a dime. According to Jesus, in God’s eyes, a person is more like a dollar than a dime. “Look at the birds of the air, for they neither sow nor reap nor gather into barns; yet your heavenly Father feeds them. Are you not of more value than they?” (Matthew 6:26)

What holds the greatest value in God’s Kingdom?

We are created in His image. We are “fearfully and wonderfully made” (Psalm 139:14), “in His image” (Genesis 1:27) and “being transformed into His likeness with ever-increasing glory” (2 Corinthians 3:18). People are the “living currency” of His kingdom, like sparkling gems in His hands.  As He deploys us on our mission to see lives transformed, His authority spreads throughout the culture. As people’s lives are transformed by His power being demonstrated through the Body of Christ, the overall currency of the Kingdom gains value.

For just $10 per month you can bring the gospel to 1,000 homes. Join us as media missionaries! GIVE NOW
VIEW COMMENTS
« Live Ultrasound Of A Third-Trimester Baby To Air In Times Square The Power Of Prevailing Patience »