BREAKING
Catch a Ride on a Shared Scooter—“Micro-mobility” Coming to Tel Aviv Next...
Israel Military to Conduct First-ever Simulated Strike on Iran
‘Injury to the Heart of Iran’: Details on the Life and Death...
STAND WITH UKRAINE
Home Articles The End Of The World As We Know It…

The End Of The World As We Know It… 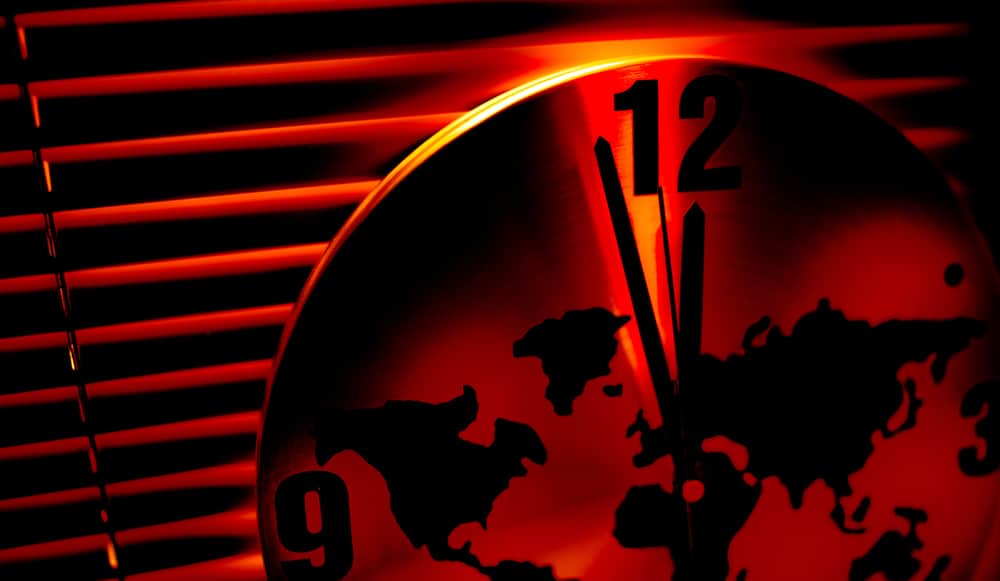 Have we come to the end of the world as we know it? How do we as believers cope with a Doomsday Clock that is set to two minutes to 12?

Every good story has a beginning and an ending. The story of creation is no different. God created everything, and then He gave His creation, man and woman, a job. When God created the earth, He set man over His creation so that humanity could take care of the earth and its inhabitants. Man and woman were designated as caretakers for the planet and all the flora and fauna. If God came back with a progress report on our job performance, what would He have to say? Is it really the end of the world as we know it?

The end of the world as we know it?

If you listen to the news on any given day, humanity is not doing a great job as caretakers. Since the beginning of the year, there has been no small amount of bad news. This is nothing new. Bad news is always with us. It has always been this way – ever since sin entered the world when Adam and Eve ate the forbidden fruit.

If we look at 2019 alone, we’ve heard repeated warnings of pending catastrophe:

Without dwelling too much on the negative, let’s examine these examples and bring everyone up to date.

There has been much historical debate on climate change. I’m not going to rehash that history here. Let’s not get distracted by the ongoing climate change debate. I have a more relevant point in bringing this up.

In a recently published article by National Geographic, researchers claim that, “By 2050, many US cities will have weather like they’ve never seen.” The article was based on a study published by a group of researchers at ETH Zurich and published in the science journal PLOS ONE.

Tom Crowther, a researcher from Switzerland, participated in the study. He says, “Generally speaking, cities in the Northern Hemisphere will have climates cities more than 620 miles to their south have today.” It’s going to get hot!

The National Geographic article continues, quoting Crowther, “Regions like the Middle East will only get hotter and drier, with major consequences for food production and the ability of the cities there to provide enough water and cooling. For most cities the implications of the study are ‘horrible.’” 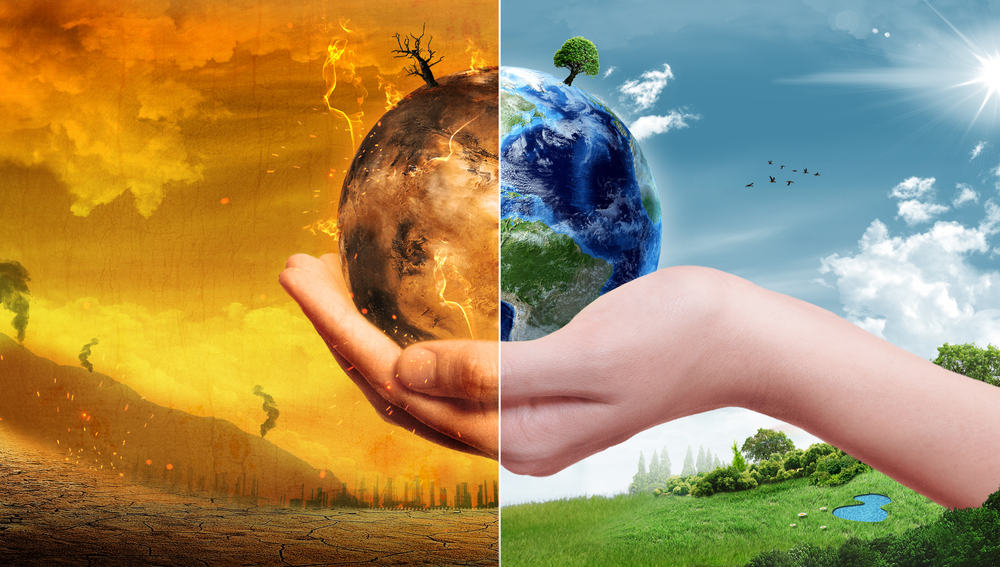 The Science Times recently reported that the EarthWatch Institute has declared bees as the most important living beings on the planet! Now, that is saying a lot. It is such a bold claim.

For years now, bees have been on the decline – worldwide. The article published in The Science Times indicates, recent studies show a dramatic decline in the number of bees. According to scientists, almost 90 percent of the bee population has disappeared in the last few years. The uncontrolled use of pesticides, deforestation, or lack of flowers are the main reasons for their extinction.

If the bees become extinct, we’re done according to scientists. The Science Times article says 70% of the world’s agriculture depends exclusively on bees. We count on bees to pollinate plants. Our food source is at stake. If the bees die off, plants would not be able to reproduce, therefore animal life would be gone in a very short time. When plant life is gone, all life will soon follow suit. 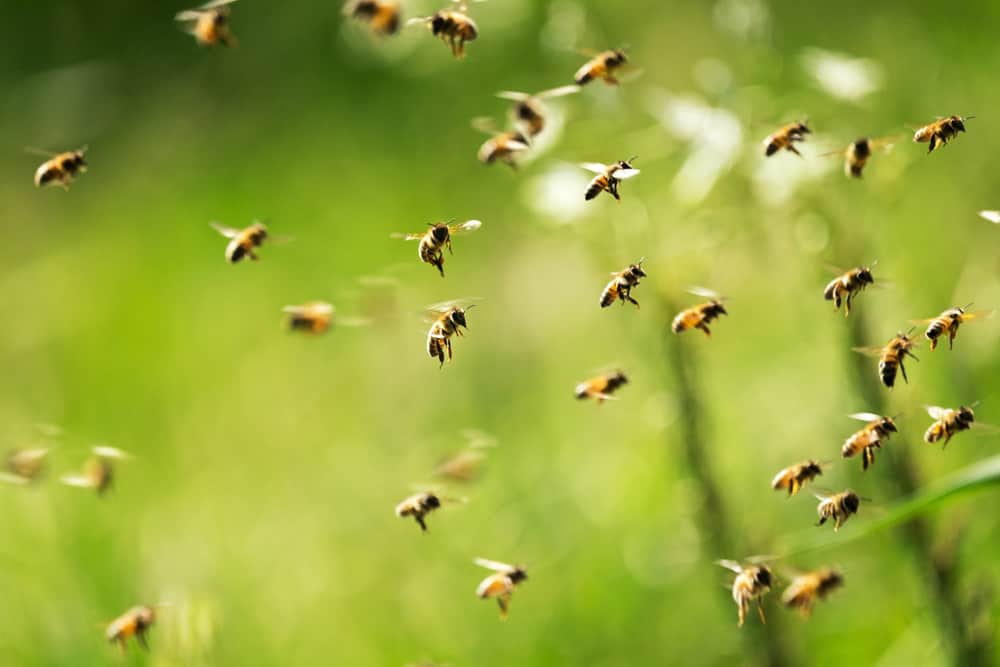 It’s 2 minutes to midnight! The Doomsday Clock is a figurative device that is updated annually by The Bulletin of Atomic Scientists. Earlier this year, the organization reconfirmed the clock’s setting at 2 minutes to midnight, declaring the third time in history that the clock has been set so close to the figurative, “end of the world.” The clock moved to this setting in 2018 and remains at this setting for this year.

The clock has been maintained as a figurative symbol of the state of our planet regarding existential threats to humanity and the planet since 1947. According to the editor, John Mecklin, “The decision to move (or to leave in place) the minute hand of the Doomsday Clock is made every year by the Bulletin’s Science and Security Board in consultation with its Board of Sponsors, which includes 15 Nobel laureates. The Clock has become a universally recognized indicator of the world’s vulnerability to catastrophe from nuclear weapons, climate change, and new technologies emerging in other domains.”

The statement released in January 2019, claims the time was selected based on the following: 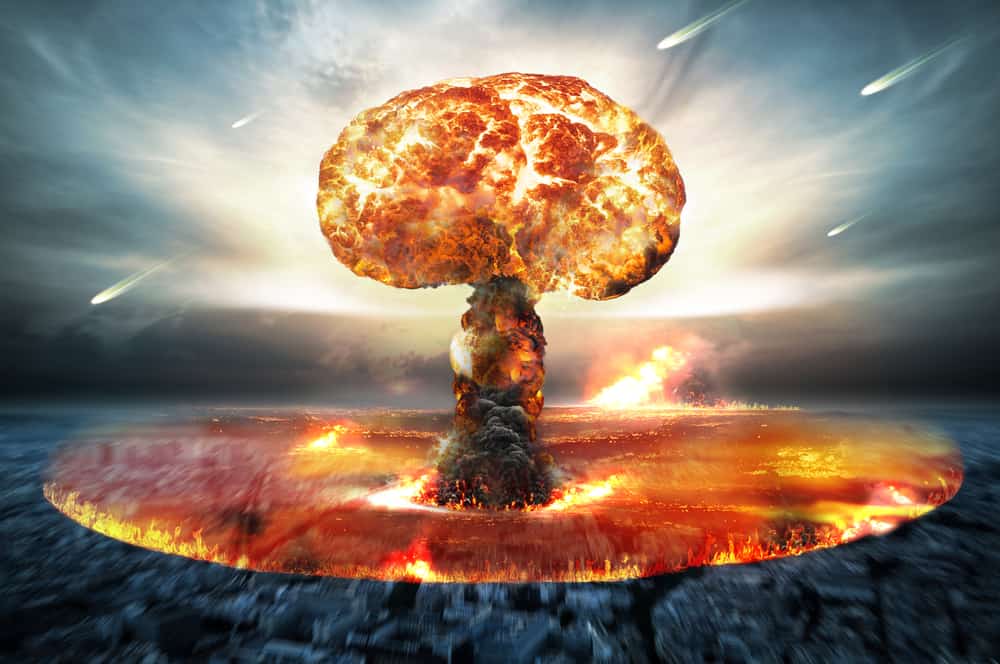 Where is our hope?

So much doom and gloom. Where is hope in all this dismally bad news? How do we as believers cope with the threat of the end of the world?

There is only one answer. It’s in Jesus! Sure, the outlook is bad – but it’s always been bad. Jesus tells us, “I have told you these things, so that in Me you may have peace. In this world you will have trouble. But take heart! I have overcome the world.” (John 16:33)

Are you equipped to handle it? Of course you are. Paul teaches us, “Three times I pleaded with the Lord to take it away from me. But He said to me, ‘My grace is sufficient for you, for My power is made perfect in weakness.’ Therefore I will boast all the more gladly about my weaknesses, so that Christ’s power may rest on me. That is why, for Christ’s sake, I delight in weaknesses, in insults, in hardships, in persecutions, in difficulties. For when I am weak, then I am strong.” (2 Corinthians 12:8-10)

Don’t give up. Keep running the race. Follow Christ and trust in Him to handle the details. So many times in scripture, God encourages us to put aside our anxiety and place our trust in Him. The number of scriptures about this is plentiful. God says it. Jesus says it. The Holy Spirit whispers it to you minute-by-minute. The inspired authors of scripture tell us repeatedly how much God loves us, and He wants the best for us.

Jeremiah quotes the Lord when he writes, “‘For I know the plans I have for you,’ declares the Lord, ‘plans to prosper you and not to harm you, plans to give you hope and a future.’” (Jeremiah 29:11)

That promise extends to all people who follow the one true God! I claim it in my life, do you? If you’re worried about bad news, ask yourself about the truth. Truth is not a concept, nor is it a moving target. Truth is much more than that. Jesus claimed to be truth in the flesh.

Wen Jesus declared His true identity to His own friends (the disciples), He said, “I am the way and the truth and the life. No one comes to the Father except through Me. If you really know Me, you will know My Father as well. From now on, you do know Him and have seen Him.” (John 14:6-7)

I learned this lesson after Hurricane Katrina hit New Orleans in August 2005. The storm surge caused nearly two dozen breaches in the levee system and floodwalls surrounding the City of New Orleans. The failure of the flood control system caused flooding in 80% of NOLA, with some parts under 15 feet of water. Widespread regional flooding caused a nationwide catastrophe that seemed Biblical in proportion to historical norms.

It seemed like the end of the world, but I remember having a deeply meaningful conversation with a friend and pastor at the time. My fear was paralyzing. I was worried about an economic collapse that the USA couldn’t handle. My fear gripped me. It was palpable to me. I was choked with a pre-supposed reality and had no way out.

My pastor reminded me that, “Truth wins. And, truth can only be found in Jesus Christ.” This was a turning point for me. I did not need to fear any longer. Truth is not a concept, it is a person – and my savior. Truth IS Jesus Christ. I don’t have to worry. I just have to put my hope in the right person.

Jesus, in His own words, tells us, “If you hold to My teaching, you are really My disciples. Then you will know the truth, and the truth will set you free.” (John 8:31-32)

Hold on to this truth til the end of the world

This is the truth I’ve held onto in the tumultuous times that have followed since Hurricane Katrina. What are you holding onto as the end of the world looms? Everything that populates the news these days is not, necessarily, founded in truth. Pay attention to the source. Is your source the news media? Is your source public opinion? That’s not necessarily Truth. The only source that matters is Jesus? What does He have to say about what’s going on in your world today? Don’t be distracted by breaking news.

Fake News? Leave that to the headlines and look to another source. Rather, use these distractions as a tool to point you towards prayer. Focus on the Truth available in Jesus Christ. And, most importantly, guard your heart!

“Above all else, guard your heart, for everything you do flows from it. Keep your mouth free of perversity; keep corrupt talk far from your lips. Let your eyes look straight ahead; fix your gaze directly before you. Give careful thought to the paths for your feet and be steadfast in all your ways. Do not turn to the right or the left; keep your foot from evil.” (Proverbs 4:23-27)

Check what’s going on around you with the truth – the Truth that you know to be Jesus Christ! After all, “He is the truth, and the truth will set you free!”