BREAKING
Israeli Researchers Achieve 80% Accuracy Predicting Earthquakes
Israel Opens World’s Largest ER, Prepared For Mass Casualties And Complete With...
6th Most Powerful Woman In The Arab World Dismissed From Post For...
Home Articles The Hashtag Generation: What are we really teaching our kids?

The Hashtag Generation: What are we really teaching our kids? 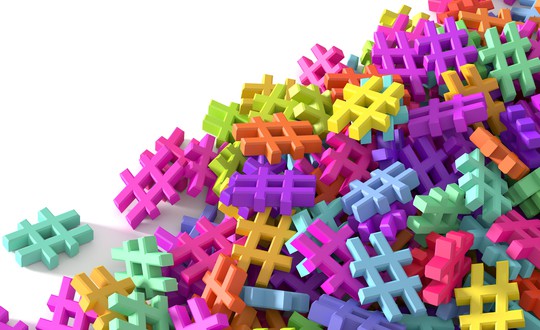 How things are changing and fast in the the Hashtag Generation. From what once denoted the number sign in the 1970s to a social meta tag in 2007, the hashtag or # sign in 2018 has been totally transformed within our language. Becoming, I believe, an idol in the process. From expressions of emotions or personal feelings, to a link to something more in-depth, the hashtag is here to stay, well for the time being anyhow.

Formally adopted by Twitter as a hyperlink in 2009, the hashtag is an anchor for all ‘Trending Topics’ in ad hoc discussion forums. Personally, I liken these forums at times to the Roman Arena for the Christian. The only difference is that the lions have positioned themselves in a different way and taken up a different stance. You enter at your peril. I’ve experienced first hand how a metaphor can cause havoc and be twisted and turned around to infer something completely different. Without the hashtag, I guess the readers place upon the tweet their own interpretation and chaos takes over.

Question: Is there a social cost of the hashtag generation?

I think we’re all agreed that the days of sitting around the fireside sharing stories and reading books to our children are long gone. Unless we put in the effort, the fireside is being easily replaced by a computer and the books by social media. To say there is a social cost, in my opinion, that’s a given.

Boundaries of decency are breached constantly. Violence permeates our screens. Influential people effortlessly persuade the weak-minded on literally any subject matter. Even the unborn are questioned inside the womb as to their right to life.

To be able to air our views and opinions is very important for us as human beings. Freedom of expression – a Constitutional right. However, we gotta have a filter and social media doesn’t really offer one.

1 Corinthians 10:23 states: “Everything is permissible, but not everything is beneficial.”

Recent news events in America have not only shocked the nation but the world. Its seems to me that as the crimes become more horrific, the perpetrators are getting younger. And… how many times have we read following the event, that the perpetrator had been posting all sorts of horrific photos and posts on social media – but somehow, they got through the net. No-one noticed?

Mainstream media isn’t really that much better – their moral compass just constantly spins around in circles. Arguing about the semantics of the thing. Asking the same, obvious questions about how such an event could take place. What could have prompted it etc, etc.

That old axiom still stands – men must change before kingdoms can.

There is only one who holds that key – Jesus. #faithlovehope.