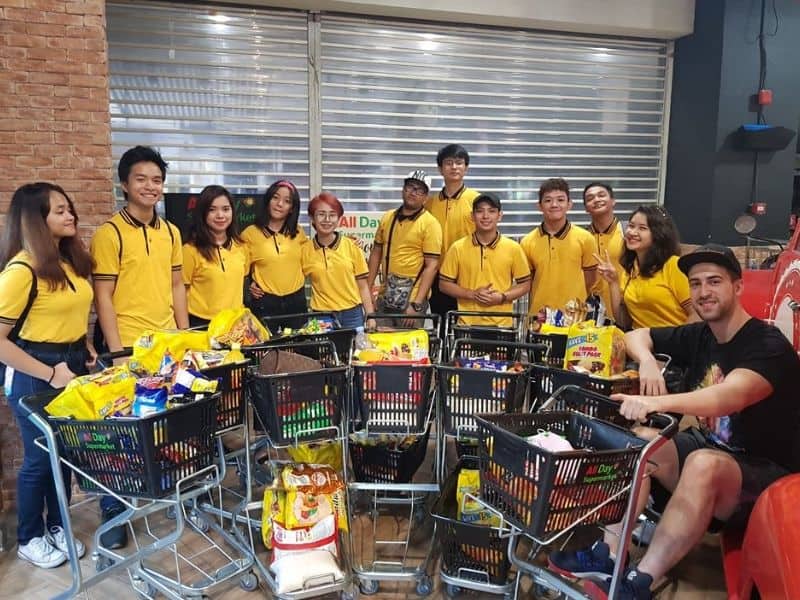 The “Hungry Syrian Wanderer”, a kind-hearted business owner, bought groceries for his employees before they closed their shop die to COVID-19.

Basel Mandil, popularly known as “The Hungry Syrian Wanderer,” is an influencer and a vlogger that currently lives in the Philippines. He came to the Philippines from Syria in 2014 during the Syrian Civil War, where his family was forced to evacuate. Basel’s family settled in Lebanon while he stayed in the Philippines.

In the Philippines, he has become a public figure after appearing on a local television show and has now became a vlogger. Basel named his Facebook page and YouTube channel “The Hungry Syrian Wanderer” as a description of how he started his life as an evacuee.

After some time, Basel made it back on his feet. He established his own food business named “YOLO Bubble Milktea and Retro Diner.” With the success that God has blessed him with, he has devoted himself to blessing others who are in need.

Basel’s vlogs are about how he is helping those who are in need. He also helps individuals who have nothing get back up on their feet again.

Recently, COVID-19 has struck the Philippines affecting millions of Filipino people. The National Capital Region of the country is under a community quarantine. That means that no one can get in nor out the region for indefinite time.

Shops and businesses have ben urged to close down for the sake of their employees and the general public. However, that also means that the employees won’t have income for the time being.

Basel’s “YOLO Bubble Milktea and Retro Diner” is among the businesses who have to close their doors. But the employees won’t have to worry about their daily food, thanks to their leader.

Right before closing down their shop, Basel bought his workers much-needed groceries. He is setting an example the world what true leadership meant.

“A boss manages their employees, while a leader inspires them to innovate, think creatively, and help them strive to achieve greatness,” Basel wrote in his Facebook post. “You can have the best strategy and the best business in the world, but if you don’t have the hearts and minds of the people who work with you, none of it comes to life”