By The Israel Insider
Uncategorized 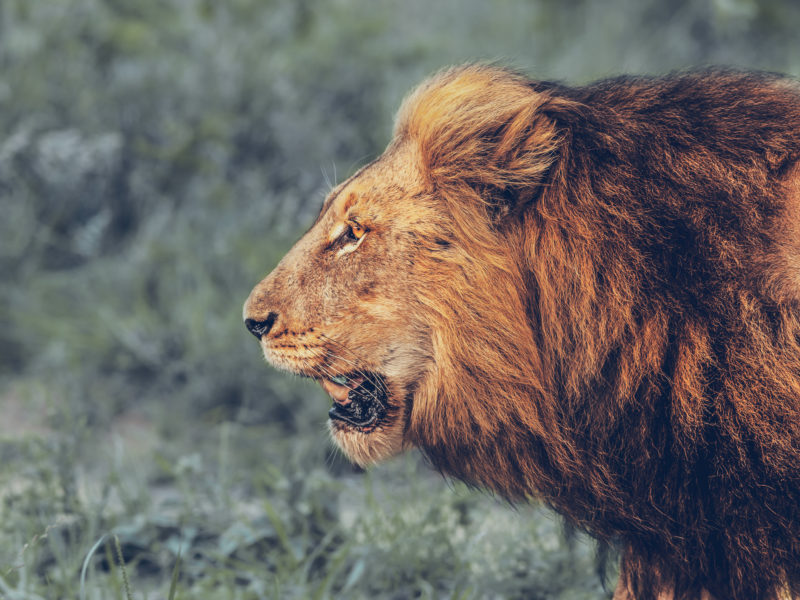 We’ve all had those embarrassing moments when you type out a message on your phone and push send, only to find that the auto-correct has changed the intended message to something ridiculous, or worse, something embarrassing.

The other day I was typing a message which included a street name. The name of the street translated literally is the Roaring Lion “Ha’ari hashoeg.” The auto correct changed the word Roaring to Worrying, “Ha’ari hadoeg.”

When I reread the message, luckily I found the mistake; I have learned to reread my messages from one too many mistaken messages sent out without a proofread. I corrected the mistake which would have otherwise made it problematic for the recipient to find the correct address. However, the auto-correction stuck in my mind.

I had often wondered what the background of that street name was. Many streets in Israel are named for famous people in Jewish and Israeli history: Einstein, Weitzman, Ben Gurion… There are also street names from nature: trees, flowers, mountains… But this name sounded almost Biblical in its reference. My immediate association was to the Messiah, as He is the Lion of Judah, and He is a Roaring Lion, most certainly NOT a worrying lion. I went to Mr. Internet to find out the rest of the story.

After doing some research in Hebrew and English, I learned that the “Roaring Lion” is the name of a memorial statue at the burial site of Tel Hai close to Israel’s Northern border. Turns out this is an historical location my family has visited, and I was even superficially aware of some of the history. But that autocorrect “blooper” had left me thirsting for deeper understanding.

The statue stands watch over the graves of six brave settlers who lost their lives in the Battle of Tel Hai in 1919. Among them was Yosef Trumpeldor, one of the classic heroes of Israeli modern history. Trumpeldor was a Russian-born Jew who served for almost a decade in the Russian Army. After losing his arm in one of the battles and subsequently returning to the front lines, he was decorated for valor and bravery. He was later taken as a war captive and was held along with other prisoners of war in Japan.

Throughout Trumpeldor’s entire outstanding military service in the Russian army, he was dreaming, thinking, and strategizing how to advance Zionist ideas and strengthen the community of pioneers settling Eretz Israel. In fact, while in captivity in Japan, he even started a Zionist organization called “The Captive Sons of Zion in Japan.” After he was freed from captivity, he made aliyah, immigrating to the Galilean region of this land while it was still under Ottoman rule’.

It is notable in my opinion that while serving someone else’s vision and agenda with excellence, his heart and mind were busy with his life’s passion – a Jewish homeland. Together with another Israeli hero, Ze’ev Jabotinsky, they formed early paramilitary groups that would eventually become the Israeli Defense Force. Even with all of his military success and prowess, Trumpeldor died tragically in a battle that basically broke out due to chaos and confusion (you can find the full story online). On his deathbed, he is credited as having said “It is good to die for our country.”

The artist who was commissioned to make the memorial statue at Trumpeldor’s grave, chose the image of a lion, the symbol of Judah, the tribe of Jewish royal lineage, from which come both King David and King Yeshua. The lion is posed with his head facing up, mouth wide open in a grievous roar. It is a haunting image – the strong royal animal, roaring in grief over the precious fallen, and I can’t help but return to my original thought of who the roaring lion was supposed to be.

While researching the story, I also became curious: “Why the Lion of the tribe of Judah?” Judah was not the oldest son of Jacob, nor the most impressive. His mother Leah gave him the name Judah to express that despite her suffering and feelings of rejection, she would praise God, saying, “This time I will praise the LORD” (Genesis 29:35). This is the missing piece of the puzzle. In Hebrew, Judah is a derivative of the root word meaning praise and thanksgiving.

Yeshua, the Lion of Judah, is the one who has the solution. He can open the seal. And we, His worshippers, if we set ourselves to praise amidst our suffering, will be partners in the Peace He brings.

Please pray with us for the Peace of Jerusalem and all of Israel!

Then one of the elders said to me, “Weep no more. Behold the Lion of the tribe of Judah, the Root of David, has conquered so that he can open the scroll and its seven seals.” (Revelation 5:5)

For just $100 per month you can bring the gospel to 10,000 homes. Join us as media missionaries! GIVE NOW
VIEW COMMENTS
« Jerusalem: Profound and Problematic A Lifestyle Of Love »