The List: Five Things I Look For In A Future Husband | God TV
Articles 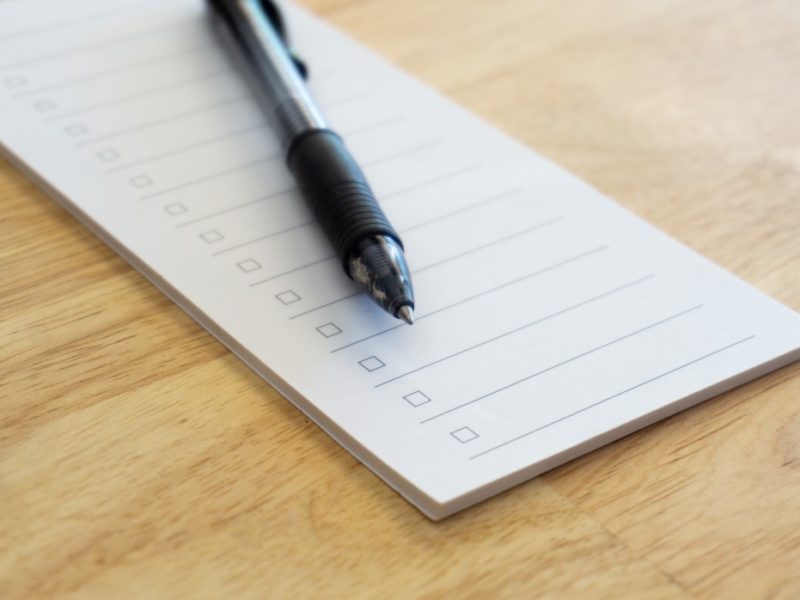 Do I have unmeetable expectations? That’s a question I’ve had to ask myself recently. Between old movies from the ’80s and ’90s like Sixteen Candles and She’s All That, I might. But unlike the young Molly Ringwald, I’ve never had to worry about a teenage boy being “turned off” my “chastity” as that was her worry. TMI? Maybe. Mostly because I’ve never been a “boy magnet.” I went to prom without a date. Okay, my best friend was my date, but that doesn’t count when last minute she finds a date of her own or decides to be the date of another friend. We literally shared a prom date.

Let’s not even discuss Freddie Prinze Jr.’s role in what I thought high school would be. You know, the one where the jock takes the “unattractive” girl and gives her a make-over, and oh look, now she’s wanted by every guy in her school, only to, he, himself, fall in love with her, but not because she now embodies societal beauty. No, he fell in love with her insides. Not like that, you weirdo. This isn’t Texas Chainsaw Massacre. Her, on the inside. Her personality, teaching young boys and girls that it’s really the inside that counts. Spoiler alert?

Could these movies have caused me to have high expectations for how I would meet “the one”? I couldn’t really tell ya, but I can tell you that high school is not a musical, and it’s not exactly normal to dance down the hall while singing your favorite tunes–at least to teenagers and maybe some adults. I was a weird kid. We established this. But I will admit, contrary to what my friend, Katie, may say, Romeo and Juliet painted a picture for me of young love, true love, and its kiss. Careful with that one.

And maybe it’s possible that I had hoped to be walking down the street one day as my flyers for the next… whatever, promptly fly out of my hands and into the face of a good looking, nice eyed boy who’d make some silly joke about me “really getting the word out” and smile as he said he’d see me around while walking away. I blame Hallmark for that one. It seems like no matter where I look, my reason for having certain expectations when it comes to meeting my significant other stems from one thing…. Hollywood.

And because of that, prompted by Clown Comma Katie, only my best friend, I made a list of things I look for in a guy so maybe “I’ll know when I meet him.” (question mark) I do recommend this. As I discussed with a girl from our youth group about this very topic the other night, I explained that it was a good idea to have a list of what you want in a future spouse. Something’s you can look for and pray for. And as I told my friend, Katie, when I fall for a guy, I want to fall for his heart, not his face. I mean, I want to be attracted to him, of course, but the heart tells us so much more than the face ever could. I want to know who he is as a person, what makes him tick.

There are a few things on my list. Katie had asked me, after receiving my list because, well, she’s the best friend–the boys are vetted. What can I say?–for reasons why I wanted these things in a future spouse. I don’t have any, but maybe I will by the end of this. (insert foreshadowing here) I just want a good guy. And, while she asks me what my type is, I do have to say, I don’t have one. I just like men. There’s nothing more to say. Really, I don’t have a type. I thought I did when really I just like guys who are Christians. And that brings us to number one on the list.

+He has to be a Christian. And not the “I’m a Christian” but does nothing to better himself or strengthen his faith or to serve the Lord in any way. I like a guy who is open and involved in his walk with Christ. Who isn’t afraid to talk about and have a good theological discussion with complete strangers. A man of integrity. Someone who strives to please God.

But what is number 2? Thinking through the things that make a Man of God, I think a leader should be on every girl’s list.

+He needs to able to lead. Mostly because I am super indecisive and I need 40 opinions on what color my coffee table should be and because I can be a little…… dramatic. I’m a girl. That’s my excuse. Moving on. I have plans for us. From homeschooling to coffee table monopoly, our family needs someone who can lead us in the right direction spiritually and emotionally.

+He has to be nice. Humble might be a better way to put it. Philippians 2:3-5 explains it well. A man who is not a selfish man or self-righteous, but someone who understands that all have sinned as Romans 3:23 tells us. A mind like Jesus, if you will, which, knowing humans, maybe a little far-fetched, but you get the point. But not just understanding of others and nice to others but someone who is nice to me. I’ve had a few relationships that weren’t great. We’ll leave it at that, and when I told my friend, Katie, about how I want a guy who is nice to me and understanding of me, I knew this was a must for the list because it wasn’t something I’ve really ever had. Sure, they called me pretty but they weren’t really nice. That’s a time I’m just trying to forget, honestly.

This brings us to number four.

+Someone who loves his family(and mine). And I’m not talking just me and our kids. I’m talking phone calls to mama and Sunday family dinners. Aside from me wanting to be absolute BEST FRIENDS with my in-laws, like Friday night ’80s movies and pizza parties, I want a guy who is family-oriented. These are the people that raised him and the people that raised me. They’re important.

Now the last one is actually four in one, because I really feel like they go together.

+Someone who honors me, prays with me and for me, protects me, and cares about my walk with Christ. I’ll be honest, I didn’t grow up praying before every meal, but I do think it while my fork is in my mouth unless it’s Chick-Fil-A. My spicey deluxe, Arnold Palmer, waffle fries, and honey mustard, yes, even the honey mustard, are already prayed over, as we all know. I guarantee some of the guys I am interested in didn’t watch The Ring when they were eight. Man, I hate that movie…. so much! I was probably raised a little differently, and a guy who respects that and is willing to work with me on some things I may struggle with is most likely the Holy Grail, and we need to defend and protect him at all costs. Bring back the Knights Templer. That thing is one of the most sought-after relics from ancient times. You do know that, right?

ALL Jokes Aside (But Not Really)

We’re over 1,000 words into this, but I feel like there is so much more to say. Lists like this, though, are so important when looking for a future spouse, and when waiting for your Boaz, or your Ruth if you’re a guy. I mean, you don’t want to end up with any of his relatives, right? I’ve done that already. Wouldn’t recommend it.

From Cinderella and Prince Charming to Anna and Christof, we’re all looking for our happy ending, our “the one.” I may not be able to confirm that a first kiss gives you a “pop” as seen in The Princess Diaries, mostly because, well, I’ve never been kissed. But I can confirm that, contrary to these Hollywood movies, it takes longer than an hour and forty-five minutes to find your “the one.” Take your time. There is no rush. Unless you want to have kids by the time you’re dead, then, by all means, rush away. Haha… I’m kidding… or am I? (smolders off into non-existent camera)

For just $100 per month you can bring the gospel to 10,000 homes. Join us as media missionaries! GIVE NOW
VIEW COMMENTS
« Just Love ’em! Fruit of the Vine – Kindness, Always »