The Most Common Prayer 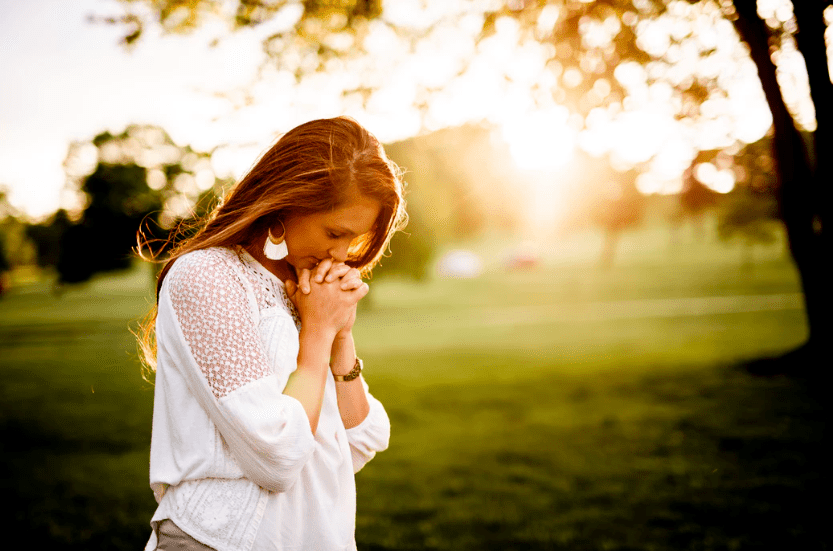 I have uttered those words so many times in my Christian walk. Constantly throughout Bible school, church services, in private prayers… all the time. It became such a common utterance – to the point of a truly religious prayer – I became numb really to the true meaning of these words.

This prayer was brought to my mind one morning while I was making scrambled eggs for the family. We had opened up our home during Christmas to an orphan from Eastern Europe as part of a hosting program. This orphan was a 13-year-old boy named Cola who had been raised in an orphanage in one of the most remote areas of Europe. One little quirk I learned about myself during Cola’s visit was that my time in the kitchen had become a refuge for me. I considered the daily kitchen rituals as “me” time. Sure, my family would be around – kids may be doing homework or I would be idly chatting with my husband – but more often than not I would lose myself in the work of the recipes. Chopping onions, mixing spices – while my hands were busy cooking – my mind would often wander.

I didn’t have a revelation of this, of course, until Cola planted himself by my side and under my feet wanting to help me cook. The first few days I welcomed his help. We were getting to know each other and he had a cute way of rattling off the Russian names of the ingredients I was using.

Can I add that God has a sense of humor? He paired an extroverted little orphan with an EXTREMELY introverted mama. This boy did not comprehend the word “space”. From the moment his little eyes popped open in the mornings until he passed out at night, he was wherever we were – or more specifically – where I was.

In the kitchen? He’s there ready to assist and yell NOOO or YEESSS (imagine thick Russian accent) to anything you threw in the pot.

In the bathroom? He is sitting on the floor in the hallway waiting for you to come out.

Working on the computer? He’s looking over your shoulder asking 1 billion questions.

Got a meeting? He’s planted himself in the car and is going with you.

Back to this particular morning and the eggs I wanted to cook – BY MYSELF. I had woken up exhausted – which was of no surprise. I made my way to the kitchen, got my daily cup of joe, and prepared to lose myself in preppin’ some scrambled eggs for the family…. I grimaced as I heard those little Russian footsteps on the hardwood floors making their way to the kitchen… in pops my little kitchen assistant – wide awake and full of BOUNDLESS energy!

“Cola, why don’t you go in the living room with the kids and watch some TV” (like EVERY other child in AMERICA!)

We repeated the above conversation several times before I relented and went about trying to cook some scrambled eggs. BY MYSELF.

Standing in the kitchen in my ‘defeat’, I started musing to myself… “GOOD LAWD – I just wanna COOK BY MYSELF FOR LIKE ONE SECOND.”

I had a huge pity party in my head. Then the pity party would arrive…. “RUTH  – GET YOUR ACT TOGETHER… HE has no FAMILY, he just wants to help you SCRAMBLE EGGS, it’s just BREAKFAST, GOSH!”

Sitting there watching this little boy cook eggs, having my little inner pity party, I could imagine the Lord chuckling at me. “Do you remember all the times you asked to be “just like Me?”

Immediately, a picture came to my mind that if I was texting the Holy Spirit my prayers – “I wanna be just like Jesus”…The Holy Spirit would reply, “LOL!”

But instead of “LOL”, the Holy Spirit gently nudged, “You do not know what you are asking.” (Matthew 20)

Jesus was giving me the same reply He had given the mother of James and John. Their mother requested of Jesus to make her sons just like Him. To rule and to reign – to be His go-to guys when Jesus ushered in the new Kingdom.

“Are you capable of drinking the cup that I’m about to drink?” Ah, the cup. The cup of suffering. The cup of sacrifice. The cup of, “loving someone else and loving them ABOVE MYSELF”. The cup of denying myself to the point of ‘death’. While this story is wrapped around a morning breakfast, the LESSON is SO MUCH BIGGER.

And this story of morning breakfast is really just a snapshot of Cola’s time with us.

I stood in the kitchen, grimacing over a little boy helping me scramble eggs and I had the EYE-OPENING revelation that I am NOTHING like Jesus.

I love myself WAY too much.

There is too much of me in me.

And furthermore, I will never be like Him without His grace. His mercy.

His love is too VAST.

His MERCIES are everlasting.

His GRACE knows no bounds.

He is an endless love, consuming love, breath-taking, astonishing, magnificent, and SOVEREIGN.

And in the new resurrected life, I rested in the power of the Holy Spirit. Selah.

This article was written by Ruth Motley who is a writer living in Charlotte, North Carolina, who has a heart to “Speak up for the people who have no voice.” (Proverbs 31:8)