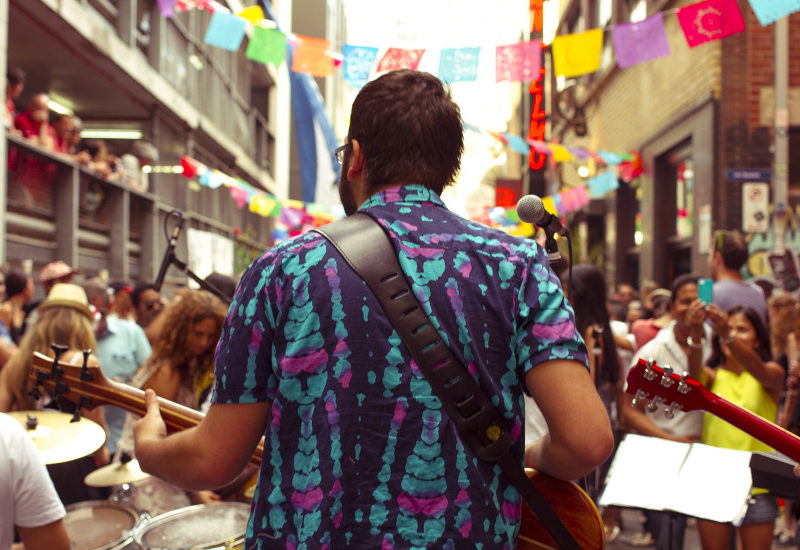 When I heard that my city was hosting a “New Age” festival, I knew I had to go. The posters I found in my local coffee shop advertised psychics, mediums, reiki healers and an assortment of energy workers. “FREE ADMISSION” was written in big block letters across the page. I couldn’t think of a better opportunity to share the love and truth of Jesus.

Entering the event space, I was greeted by friendly faces, all seemingly studying mine. A man approached and asked if I was interested in a “reading,” which I politely refused. His sign advertised a 20 minute reading for the discounted price of $30. I continued to walk around, looking at the variety of tables set up, adorned with colorful images and figures. All I could do was just pray; and ask “Father, what do you want to do.” Every person walking around seemed so hungry for a taste of the truth. They were willing to pay any price for answers, healing, a touch of the super natural.

The first woman I approached was in her mid-fifties, she wore light blue scrubs, and was waiting in line for a psychic-medium. I gently tapped her on the shoulder, and explained that I was a Christian, not associated with the festival, and had a word from God for her. She nervously asked me how much it would cost, as she only had a certain amount of money. My heart sank, as I explained to her that what I was giving her could not be bought by her money. I gave her the word, as she quietly wept. We prayed together, and I shared the Gospel with her.

The next woman that was highlighted to me, had long, curly gray hair that hung below her waist. She sat in a chair, next in queue for a reiki healer. When I saw her, I got the impression that her daughter, who wasn’t present, needed healing, and that she had a grandson who needed prayer as well. I came and knelt beside her and just plainly asked “what’s wrong with your daughter?” Surprised, she met my eyes and told me that her daughter was having neck surgery the next day, and was actually the reason she was there. When we prayed together, I could feel how moved she was. She had heard of Jesus, but never knew Him personally.

I continued through the crowd, and saw a beautiful women dressed in a traditional African dress and head wrap sitting behind a table with multicolored stars and crescents. Her sign indicated that she was psychic-medium, and was happy to give readings, for a price. Immediately I felt that I should ask her about her mothers health, specifically if she suffered from kidney disease. When I approached her, she surprised me by saying quickly “my angels don’t like you!” I told her that we worked for different teams, and that they had to leave right way. She looked at me with wide eyes, and whispered a hushed “ok.” I asked her very simply if her mama had kidney disease, and if her mom was a Christian. Shocked- she answered a resounding “YES! How did you know!” I told her what Jesus had done for both of us, and about His Holy Spirit, who is like a River of Living Water, who flows out of us, allowing us to live like Jesus did, and that I believed He wanted to heal her mother. We prayed for her mom, and I warned her against partnering with the demonic, then I left.

I would love to tell you that every one of these people repented, and were saved, but both women waiting in line continued waiting, and the young psychic continued giving readings. The truth is though, that my only responsibility is to follow the voice of the Holy Spirit. I cannot do everything- but I can do everything He tells me, and so can you!

These verses from the Gospel of John sum it up nicely:

12 “Most assuredly, I say to you, he who believes in Me, the works that I do he will do also; and greater works than these he will do, because I go to My Father. 13 And whatever you ask in My name, that I will do, that the Father may be glorified in the Son. 14 If you ask anything in My name, I will do it. 15 “If you love Me, keep My commandments. 16 And I will pray the Father, and He will give you another Helper, that He may abide with you forever 17 the Spirit of truth, whom the world cannot receive, because it neither sees Him nor knows Him; but you know Him, for He dwells with you and will be in you. John 14:12-17

Jesus didn’t speak these words for “special Christians,” or those who are especially gifted, or bold, or super evangelists. This is a promise, and a command for all who will know Him. He paved the way for us to follow in His footsteps. He has commissioned us to set captives free through the power of the Holy Spirit. This doesn’t mean to find your closest New Age festival, but to open your heart to hear His voice!

*Disclaimer: “And so it was with me, brothers and sisters. When I came to you, I did not come with eloquence or human wisdom as I proclaimed to you the testimony about God. For I resolved to know nothing while I was with you except Jesus Christ and him crucified. I came to you in weakness with great fear and trembling. My message and my preaching were not with wise and persuasive words, but with a demonstration of the Spirit’s power, so that your faith might not rest on human wisdom, but on God’s power.”
1 Corinthians 2:1-5 NIV

For just $100 per month you can bring the gospel to 10,000 homes. Join us as media missionaries! GIVE NOW
VIEW COMMENTS
« The Gift Of Wisdom Is Strategy God’s Word For You Today: Meditate The Word Of God Day And Night »