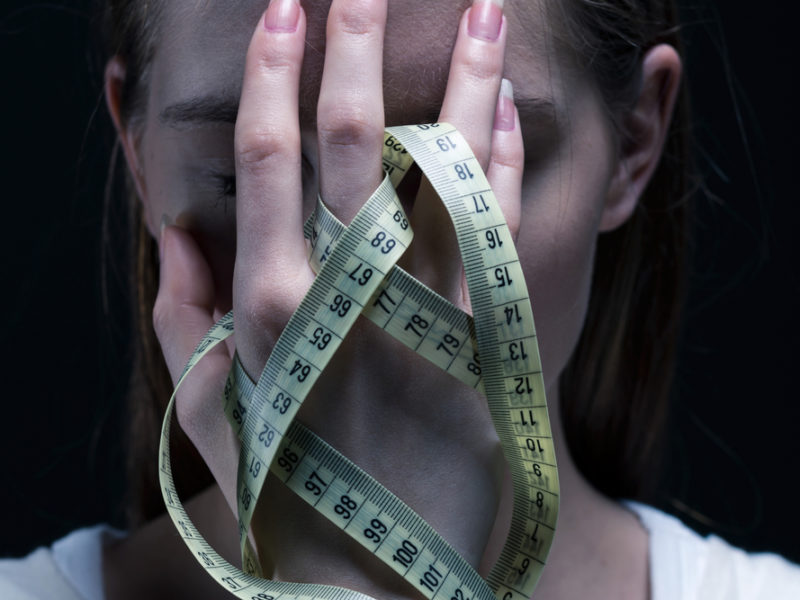 I never pictured myself sitting in a doctor’s office with my fingers in my ears saying “lalalalalalalalala,” but it happened. On September 22, 2017. Unfortunately, I took my fingers out just in time to hear that I have 2-12 months left to live as my Stage IV cancer had transformed to a much more aggressive form of the disease. I didn’t cry or get upset or get mad. I was actually grateful—but I’ll get back to that later.

This particular chapter of my story began in December 2011 when I went to the doctor’s office with trouble breathing. I had attributed the pressure in my chest to stress because, five days earlier, my then 15-year old daughter was admitted into a residential facility for anorexia. My beautiful baby dropped from a strong, healthy, athletic 114 lbs. to 85 lbs. during the course of 2011 and our world had been turned upside down. It was an overwhelming time in our lives. And, it was just the beginning.

Since then, I have had seven lung taps, chemotherapy (2012, 2014, 2017), two bald heads (that made me cry), ports put in and the ports taken out, lymph node removal surgeries, apheresis, eight bone marrow biopsies, tumor biopsies, and more blood tests, CT scans, PET scans, MRI’s and doctor’s visits than I could count. The CAR-T cell therapy I received at MD Anderson in December 2017 has resulted in remission as of my last check-up.  Praise the Lord!

But none of that has compared to the pain I feel as a mother as I’ve witnessed my oldest daughter walk through the sheer darkness of anorexia. She’s been in residential care multiple times, some stays for over two months. She’s been in outpatient programs. She’s been to nutritionists and counselors and nothing has made a difference. Anorexia has relentlessly wounded and fractured our family. I’ve had to beat back anger and resentment and, more often than not, fear that I’ll walk into Kyla’s bedroom in the morning and she will have slipped away never knowing or living the plan and purpose God has for her.

I Can’t Fix You

That feeling is what inspired the song, “I Can’t Fix You.” It is my heart’s cry as a mother– but the song was never just meant for me. It’s for anyone who loves someone suffering with addiction, disease, or any struggle that needs God’s healing touch. The video was actually recorded the day before another one of my countless MRI’s and a week before Kyla was going into another eating disorder program.

All of this brings us to today—a mother and a daughter who have battled two life-threatening illnesses, each fighting an unimaginable, unseen but devastatingly destructive enemy.

But, I’ve come to realize that this story isn’t special. Many people suffer sickness and heartache and disappointment. Many people are tested. Many people face insurmountable obstacles yet somehow triumph. And, it finally hit me. It’s not what makes my story special, it’s who. And that brings me back to the beginning of the story when, after my doctor delivered the terminal diagnosis, I could actually be filled with gratitude.

And not because I was in denial, but because the Author and Finisher of my faith, of my story, wasn’t sitting right in front of me delivering bad news. Instead, He is sitting in Heaven at the right hand of God having already delivered me from sin and death. I know that believing what God spoke is far more important than receiving a terminal diagnosis. Obedience to my Father’s words is “life to those who find them and health to one’s whole body.”(Proverbs 4:22) The Bible instructs us “do not worry but, in everything, prayer and supplication with thanksgiving…” (Phil 4:6). So, there it is. Gratitude.

Every day, I choose to believe in my Lord and Savior Jesus Christ. Anything this world or the enemy can and will throw at me pales in comparison to my guaranteed residency in Heaven. Ephesians 2:6 reminds us that we have been “raised up together, and made us sit in heavenly places in Christ Jesus.” Past tense. Done. And we’re not raised up as servants, but as co-heirs with Christ. (Romans 8:17)

Every day, I am reminded of His goodness. Jesus walked this earth as a man, a flesh and blood man, and died for me on the Cross so that I may be washed clean and clothed in His righteousness. It is His sacrifice that allows to me to walk this earth free of guilt and condemnation. Free.

Every day, I am filled with His peace that surpasses all understanding. His Word tells me there will be trials and tribulations. But His Word also assures me that He is my rock and my refuge, that He is my strong tower. Bless the Lord, O my soul, and forget not all His benefits—He who forgives all sin and heals all disease, who redeems your life from the pitand crowns you with love and compassion, who satisfies your desires with good things so that your youth is renewed like the eagle’s. (Psalm 103:2-5)

I Can’t Fix You, but I know who can

Every day, I am filled with hope. The Bible is filled with powerful promises, bold declarations, and instructions through examples of the past that show us what is possible today. John 14:12 states“whoever believes in Me will do the works I have been doing, and they will do even greater things than these, because I am going to the Father.”Can you imagine? The hope that I can walk in that kind of authority is humbling and exciting and keeps me searching His word for the key to unlocking His Holy Spirit power in me. Oh, to glorify Him by simply doing what He said to do!!!

Every day, I am reminded of His splendor and majesty. How can anyone look at the sky or look into the eyes of their child and believe either could be the result of some cosmic accident, or the reincarnation of something else that isn’t unique and fearfully and wonderfully made by a Creator who loves them?  And the beauty is that science is only beginning to discover the scientific marvel of God’s inspired and perfect Holy Bible.

So, what does this all mean? It means that even though I can’t fix you, I know Who can. It means I’m going to pray, believe, and continue seek God so I can share His Good News. The Bible tells us that healing is a gift and I am declaring to the world that I receive it—for myself, for my daughter, and for this broken world. God is the God of the impossible. And He is the God that surely put the NO in diagnosis.

For just $100 per month you can bring the gospel to 10,000 homes. Join us as media missionaries! GIVE NOW
VIEW COMMENTS
« The Catalytic Shift GOD TV Christmas Challenge: DAY 6 »