The One Missing Piece: A Song About Redemption | God TV
Articles

Longtime friend, world-class humorist, and all-time GMA “Hall of Famer,” Bryan Duncan has made his mark on the world, carrying on the tradition of world renowned Christian music, since his beginning in 1973. Bryan loves to sing and share his songs, solo, and with a full band and singers. His current project, So Good For The Soul, is an innovative program designed for churches who want to reach new people in their communities.

Bryan Duncan was inducted into the Christian Music Hall of Fame along with Amy Grant and Al Green in 2007, and has received four Dove Awards and one Grammy Award. 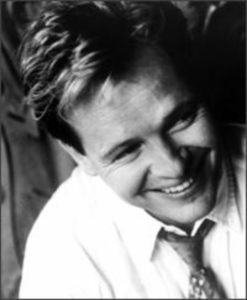 Bryan Duncan, the Artist and the Author

Bryan Duncan started his career in 1973 with the Jesus music band, Sweet Comfort Band, which later transitioned to contemporary Christian music. In 1984, the band broke up and Bryan started his solo career. During this time, Bryan released several number one songs including “Traces of Heaven,” “Things are Gonna Change,” “United We Stand” and “Don’t Look Away” from the Slow Revival album; “Love Takes Time,” “You Don’t Leave Me Lonely,” “Into My Heart,” “When It Comes to Love” and “I’ll Not Forget You” from the Mercy album; and “A Heart Like Mine” from the compilation, My Utmost for His Highest.

In 2003, Bryan formed the Nehosoul Band with Ricky B. Rogers (bass player, music director, co-writer), composer and keyboardist Phil Curry, guitarist Walter Finch, and drummer Sam Matthews. The band released the album Music City Live in 2004, A Nehosoul Christmas in 2005, and Still Dancin’ in 2008. In 2013, Bryan reunited with the Sweet Comfort Band, and in April 2013, the Sweet Comfort Band released the album, The Waiting is Over.

Bryan Duncan has sold in excess of 1.2 million records, released 17 solo albums to date, and appeared on several compilation projects. His music spans Pop, Gospel, Soul, Blues, CCM, Smooth Jazz, and Christmas genres. He released seven albums with Sweet Comfort Band and three with the NehoSoul Band. He has released three solo video projects and one joint tour video, as well as having done the video for Left Behind: The Movie, later starting his own record label called Red Road Records, which is short for Redemption Road Records.

Bryan Duncan’s enthusiasm for riding his custom Harley Davidson was motivation for his first book, “Hogwash” – humorous reflections on motorcycle madness. Bryan authored two more books, describing “Dear God…Really?” as prayers you won’t hear in church and “Spoke to God. He Said…,” as a five-second devotional.

In addition to all of his many talents, Bryan created a non-profit on-line radio show and podcast entitled “Radio Rehab: A Road to Redemption” to encourage people in their daily lives, which also aired on ONE JAM NATION Radio.

Bryan Duncan’s message has continued to grace the airwaves, carrying with it a new perspective of hope through redemption. He’s impressed upon our hearts an undying and relentless pursuit of the Lord through his life, and in his continued worship, encouraging us to keep going no matter what our circumstances.

“I love people and share my experiences and my relationship with God through my books, music and social media with the hope that others will experience Jesus’ love, grace and redemption as I have,” says Bryan. 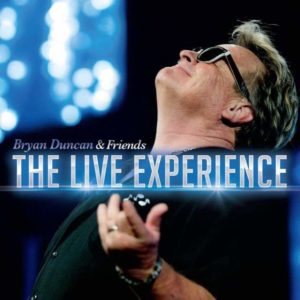 Bryan Duncan’s latest album is The Live Experience, a project designed to help churches who want to expand their outreach efforts. He is doing concerts and releasing videos in support of this album and future albums to come. He has already begun working on his next album, Shine, which will include the moving tribute, “Remember My Mother,” and the inspiring song, “I Will Shine,” being released on the first day of summer, June 21.

For all the latest updates, or to host a concert service, or event, be sure to visit www.bryanduncan.com.

For just $100 per month you can bring the gospel to 10,000 homes. Join us as media missionaries! GIVE NOW
VIEW COMMENTS
« The GOD Channel / GOD TV: Helping Believers Follow Jesus! Trump On Abortion: Did He Really Lie About Late-Term Abortion and Infanticide? »