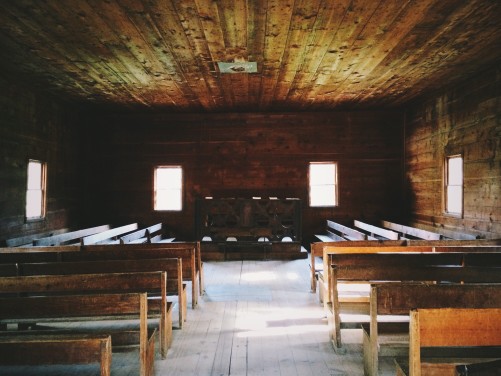 There has been much confusion regarding the difference between apostolic and prophetic functions.

Regarding these two functions, when we examine the Scriptures, we find only a slight difference regarding ability in executive leadership roles, the main difference being the actual ministerial expression of leadership ability.

Many view prophetic ministers as folks who merely float from one place to the next as itinerant ministers who give “words of the Lord” to individuals and organizations but have little or no ability to lead large, effective organizations. This definition is not sufficient in light of biblical teaching and models. Ministers who function like this may very well be “exhorters” who have a prophetic edge rather than functioning in the office of the New Testament prophet.

When using the Old Testament as our guide, we find that many of the men called prophets were serving in roles that most today would consider apostolic. Men like the patriarch Abraham, Moses, and Samuel would certainly be called apostolic leaders if they were functioning in the same capacity in this day and age. Why they were called prophets and not apostles is the main subject of this brief essay.

Perhaps, one could say, the reason is that Old Testament prophets were the equivalent of New Testament apostles with no real difference in function or calling. Furthermore, when we read Ephesians 2:20, which says the church has been built upon the foundation of the apostles and prophets, we could say the word “prophets” in this passage is not referring to New Testament apostle/prophet teams but only to Old Testament prophets since the New Covenant was based upon the prophetic writings that were handed down (a position I agree with although Ephesians 3:5 indicates the prophets were in the church).

That being said, if we find no real separation between apostles and prophets, then why separate apostolic and prophetic ministerial functions as we see in 1 Corinthians 12:28 and Ephesians 4:11?

As we examine the Scriptures, perhaps the real reason for this New Testament separation does not lie in the governmental nature and ability of New Testament prophets but lies in the fact that, in the Old Testament, prophets were mainly called to minister in a single geographic location because God was building a theocratic model-nation in Israel.

Even Acts 13:1-2 teaches that the great first-century church in Antioch was led by prophets. There was no mention of apostles in that church. This shatters the false assumption that present-day prophetic leaders cannot lead huge organizations or networks.

Since the resurrection of Christ and His command to take the gospel to every nation, we now have powerful leaders with anointings to go into uncharted enemy territories (where Christ has not been named or where there is no real kingdom witness), outside of the bounds of their local congregations, to set up a beachhead ekklesia. These leaders are “salt and light” as they seek to establish God’s dominion in every territory.

This view goes along with the nature of the title “apostle,” which literally means “a sent one.” This term was taken from the Roman army, which called generals whom they sent to set up beachheads in enemy territory “apostles.”

So, even though prophets were sent (Isaiah 6:6-9), they were mainly stationary in regards to their national focus. Apostles were deployed as God’s generals to establish His kingdom witness in new nations and arenas of life.

If my above opining is true, then many people whom we today call apostolic are really New Testament prophetic leaders, and many of those we call prophets are merely exhorters who have a mature gift of prophecy (1 Corinthians 14:3 teaches on the nature of this gift of prophecy). There are really far less apostolic leaders among the ranks of those who give themselves the title “apostle”!

To expound a bit more: What seems to be the main difference between apostolic and prophetic leaders in regards to their actual ministry mode and delivery? From experience, it seems that when apostolic leaders engage in problem-solving, teaching, or strategizing, they tend to speak more out of principle–out of the accumulation of their vast experience. In contrast, prophetic leaders engaging in the same kind of problem-solving have a different mode of delivery based on a more spontaneous, prophetic utterance. The difference is minute.

The point is, both can be involved in laying the foundation and the building of a local church or network of churches and establishing organizations. This is why they should both work in tandem to establish a kingdom witness on the earth.

While prophets may tend to speak into an entity that is already established, and apostles tend to be the initial leaders in establishing entities, both are needed and necessary. The apostle for breaking and establishing new ground, biblical purpose, and order in enemy territory, and prophets for bringing fire, passion, and a continual sense of urgency into the faith communities of those entities established by apostles.

In saying this, I realize it would be a huge mistake to imply that apostolic leaders are not prophetic! On the contrary, apostolic leaders must be extremely prophetic because, when being sent to lay a foundation and establish a beachhead for God in enemy territory, they must receive a word from God in regards to the timing, the geographic location, and the strategic spiritual warfare needed in order to be successful in their missions. Those functioning apostolically must have an acute sense of the leading of the Lord at all times. Hence, apostolic leaders have profound prophetic abilities. It is simply that the primary focus of their ministries is on the managing, developing, and administration of leadership and the establishment of church government. In contrast prophetic leaders have as their primary focus the renewal and continued movement towards hitting the mark in regards to corporate purpose and power.

In conclusion: True New Testament prophetic leaders are builders, not just blessers, and, as such, maybe there is not really such a great present-day divide between apostolic and prophetic function.

(This article is an excerpt from a chapter in Joseph Mattera’s latest book” The purpose, power and process of prophetic ministry- to purchase go here)

For just $100 per month you can bring the gospel to 10,000 homes. Join us as media missionaries! GIVE NOW
VIEW COMMENTS
« Faith Believes “I Got It” There Is Only One Way »