The Secret Lives of Hamas’ Princes – Cars, Alcohol and Belly-Dancers

written by The Israel Insider October 9, 2019 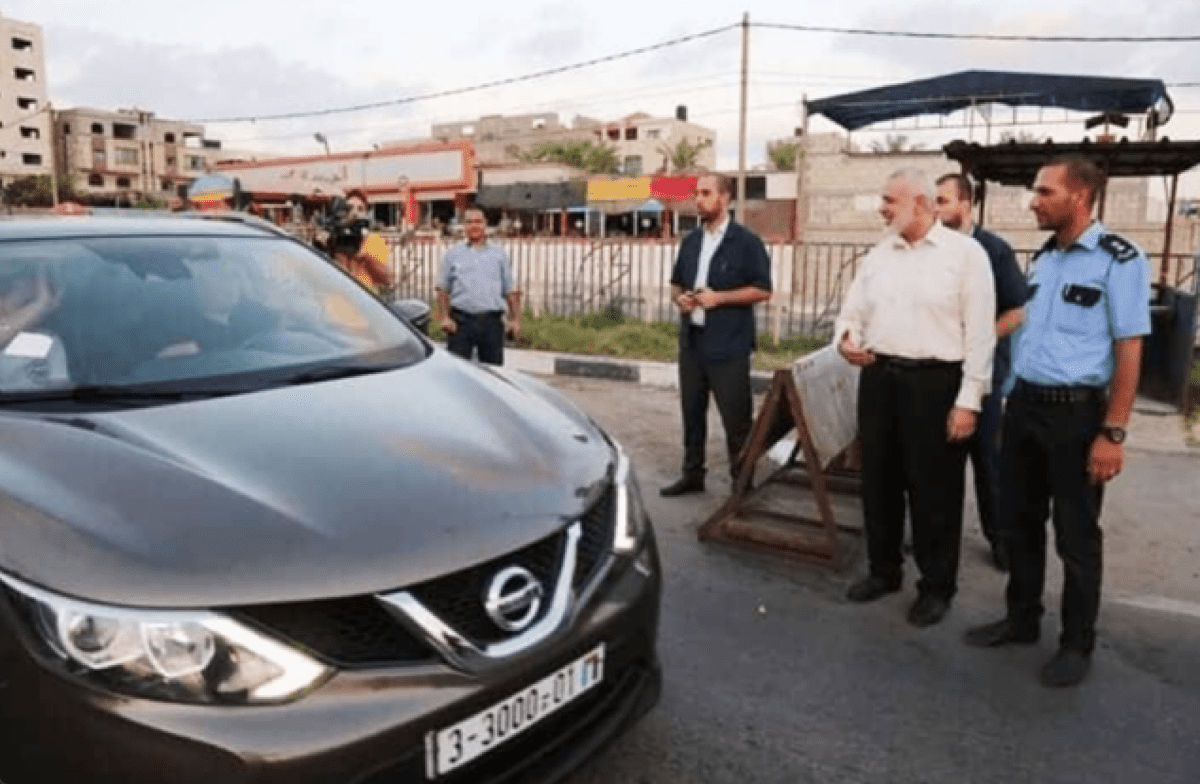 The people of the Gaza Strip are often portrayed in the international media as suffering from extremely severe economic distress, but while Gazans contend with unemployment and poor civil services, the “Princes of Hamas,” the sons of the senior Hamas leaders, lead a life of lavishness and splendor.

Recently, “Hamas’ princes” have also been involved in several affairs that have stirred and excited public opinion in the Gaza Strip and the Arab world.

Most recently, Annas Radwan, son of senior Hamas official Ismail Radwan, went to Mecca this year for the Hajj pilgrimage. It was revealed that he took advantage of his status to enter the limited list of pilgrims and used 5,000 dinars in special grant funds taken from the PLO.

His photo on a bus in Saudi Arabia alongside the pilgrims was circulated on social networks and caused much anger in Gaza and throughout the Arab world. He was accused of taking advantage of the grant money and the right to go to Mecca, at the expense of Gazans, who cannot afford the travel expenses.

Saudi Arabia grants annual quotas to various countries, including residents of the Palestinian Authority (PA) and Gaza, and many do not receive the desired permit to go to Mecca. Anas Radwan was arrested in Saudi Arabia for several hours when it became clear that he had joined into the list of eligible pilgrims.

The embarrassing incident prompted Hamas to establish an investigative committee, which recommended fining Radwan 5000 Dinars, as prescribed by Shari’a law. Radwan, one of the most famous “Hamas princes,” did not apologize and attacked Hamas’ conclusions because he was tried by a “field tribune.”

The father, Ismail Radwan, goes to Mecca every year and for free, at the expense of quota allocated to Gaza’s residents. His photos on planes have been distributed over the years on social networks.

Gaza sources told TPS that the great embarrassment to Hamas comes as it is trying to suppress the protests that have already erupted in the Gaza Strip months ago over the dyer living conditions.

Muhammad Hamad, the son of senior Hamas official Fatahi Hamad is also considered a “prince” in the Gaza Strip.

Hamas Junior recently celebrated his 20th birthday, and videos circulated on social networks showed a lavish and huge party held in a Gazan hall, with tables laden with food and cakes. Hamad celebrated with his friends, all dressed in fine clothes while several musical bands entertained the celebrants, who even came danced the traditional Debka. A special tent was erected for the event.

The clips of the celebration provoked a storm in the Gaza Strip. Gaza social networks slammed the party, writing that “Hamad is not ashamed of demonstrating his wealth, while more than 200 Palestinian injured, including some who have lost limbs, and only some of whom have wheelchairs, receive no support.”

Abdel Salam Haniya, son of Hamas leader Ismail Haniya, is the chairman of the Amoaj Sports Council in the Gaza Strip and a member of the Supreme Council for Youth and Sport. Social networks are replete with allegations that he exploits his role in football clubs and his father’s ties to steal the Palestinian people’s money. His relationship with Qatar, which will host the World Cup in 2022, has raised many questions.

Abdel Salam recently sparked some “scandals.” Photos from his tours of Western Europe, Turkey, and the Persian Gulf were circulated on networks, some even by him. Among other things, he was photographed with the Brandenburg Gate in Berlin in the background while on a luxurious yacht.

He was also photographed alongside his father, Ismail, as he presented his new luxurious car, one of Nissan’s advanced models, on the streets of Gaza. While driving the luxury car, which has a 3300001 identification plate, Ismail Haniya is seen waving at him. A Gazan journalist, who has since moved to Egypt, wrote on social networks “their land, their car and we have become merely guests.”

The biggest uproar he caused was when he was photographed in the presence of an exposed belly dancer, at an entertainment club in El Salvador accompanied by two more Hamas officials. Social media users were upset by the presence of alcohol, which is banned by Islam, and one wrote that “instead of being on the front, they have decided to partake in a bloody battle against a belly dancer, while their weapons are bottles of wine, whiskey and champagne.” Many referred to Islam’s prohibition on alcohol, which the son of a Hamas leader did not abstain from.

Sources in Gaza told TPS that there was no certainty that Abdel was, in fact, present at the event in question, but he had a reputation of being corrupt, like many of the Haniya family members.

Several years ago, Abdel was detained by the Egyptians at the Rafah crossing when his suitcase was found to be stuffed with $1 million. He was returned to the Gaza Strip after a short interrogation.

A few months ago, he underwent “cosmetic surgery” in Qatar to treat his obesity. According to sources in the Gaza Strip, he was awarded VIP hospitality for three months as a guest of Qatar’s ruler.

The Gazans were infuriated by these publications, as thousands of Gaza’s residents do not receive medical treatment, including many of the rioters who returned from the violent incidents on the border fence, initiated by Hamas. Following the criticism, young Haniya was quick to take pictures alongside handicapped individuals in wheelchairs in Gaza.

Sources in the Strip told TPS that Abdel Salam owns several assets his father bought, including a property in the luxury neighborhood of Rimal in Gaza worth $4 million, a bakery in a Shati camp worth $300,000, a house there and more. Other assets owned by the Haniya family were registered, according to a source in the Gaza Strip, in the name of Haniya’s son-in-law and brother-in-law.

Abdul Razak Khaled Haniya, Ismail Haniya’s nephew, is chairman of the Gaza Charitable Association. Abed Razek was charged several months ago with embezzlement of $200,000 from donations for the rehabilitation of destroyed homes in the Gaza Strip. An investigation was closed following threats by Ismail Haniya against the charity’s leaders.

Khaled Mashaal, the former chairman of Hamas’ political bureau, is too often photographed at gyms in the Gulf and his fortune is estimated at $4 billion. He is also involved in corruption. Open sources say he owns the Qatari real estate firm “Alfadeel,” who is managing a 27-dunam project in Qatar. The company is also registered in the name of his son and his wife.

“An entire generation of sons of Hamas members grew up in the Gaza Strip, just like the sons of senior Fatah members in the West Bank. Hamas learned the secrets of corruption and the methods and like in all other realms, outdoes Fatah,” P.A., a Palestinian journalist from the Gaza Strip, and a sharp critic of Hamas, in a conversation with TPS.