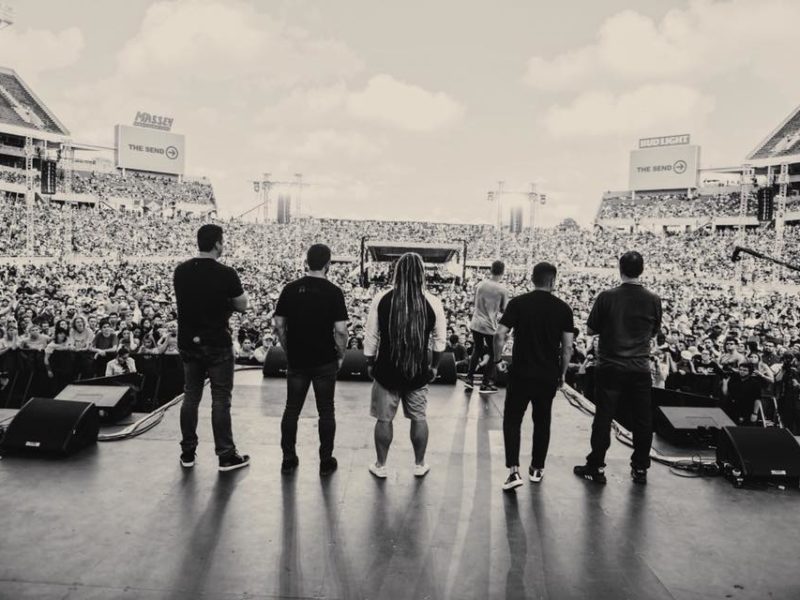 “A new era of evangelism and missions has begun,” say the directors and collaborators of The Send. It was a historic day as 58,878 believers gathered at Camping World Stadium in Orlando, Florida, Saturday, February 23rd. Thousands more watched the livestream online, being moved to be part of, “the war on inaction.”

Could this be the beginning of a new Jesus Movement? Many seem to think so, such as Andy Byrd of YWAM, Todd White of Lifestyle Christianity, Daniel Kolenda of Christ For All Nations, Lou Engle formerly of TheCall, and many others.

The latest stats released by The Send say 18,196 people committed to the Jesus Fast from March 1 – April 9. 531 people registered a first-time response to the gospel or rededicated their lives to Jesus. 2467 committed to reaching their high schools, with 2197 committing to reach their colleges/universities. And 5064 said they will reach their neighborhoods with the gospel with 5423 committing to reach other nations as missionaries!

Watch this recap released by The Send:

I was truly excited to be going to The Send as I had previously written. Taking my 13 year-old son, Zechariah, the anointing of the Holy Spirit was present throughout the 12 hour event. I watched my son hear from God, praying over numerous people. He spoke life and destiny into people needing to hear a word from the Lord.

After walking through the gates, before The Send began, I saw a copy of, “Not By Might Nor By Power,” about Lonnie Frisbee at a resource area. I was ecstatic asking when the third book in the series about the Jesus Movement would be released. Those present at the table said, “Ask him, he’s the author,” pointing to Roger Sachs. Meeting Roger, I told him that the books he has written, in Lonnie Frisbee’s own words, are a gift to the Body of Christ. I asked Roger to lay hands on us, and we prayed and prophesied over one another.

I was also encouraged hearing a close friend of mine say his daughter received her prayer language while praying for many people in the evening. Her empowerment by the Holy Spirit was one of many taking place there, equipping them to go into all the world and preach the gospel.

The Send was a multi-generational gathering, praying and seeking God’s face for awakening. Many people were catalyzed to go into all the world under the anointing of the Holy Spirit. What God is doing through The Send and the upcoming awakening may be called something else other than,”the Jesus Movement,” as that was a revival of the past. But I believe a new thing is here!

All of us are witnesses of Jesus’ life, death and resurrection. Everywhere we go, whether it is in our homes, neighborhoods, schools or workplaces, we are to live and preach the Gospel message. God’s wonderful Holy Spirit empowers us to lay hands on the sick and see them healed, to cast out demons and prophesy to the lost. Seeing many people enter in to relationship with Jesus.

We’re all missionaries right where we are as citizens of Heaven sent by Jesus to the world. But some of us are being called as missionaries to other nations. Yet all of us need to be equipped.

You can be part of what God is doing. Look at the resources being provided at The Send’s website. Be part of the war on inaction. Be activated in Jesus’ Name and go! 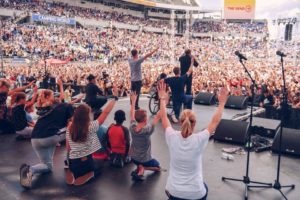 For just $100 per month you can bring the gospel to 10,000 homes. Join us as media missionaries! GIVE NOW
VIEW COMMENTS
« Pharrell Williams Shares Bible Verse During The Oscars What Warning Does The Bible Give Kim Kardashian And Others Seeking Advice From A Medium? »