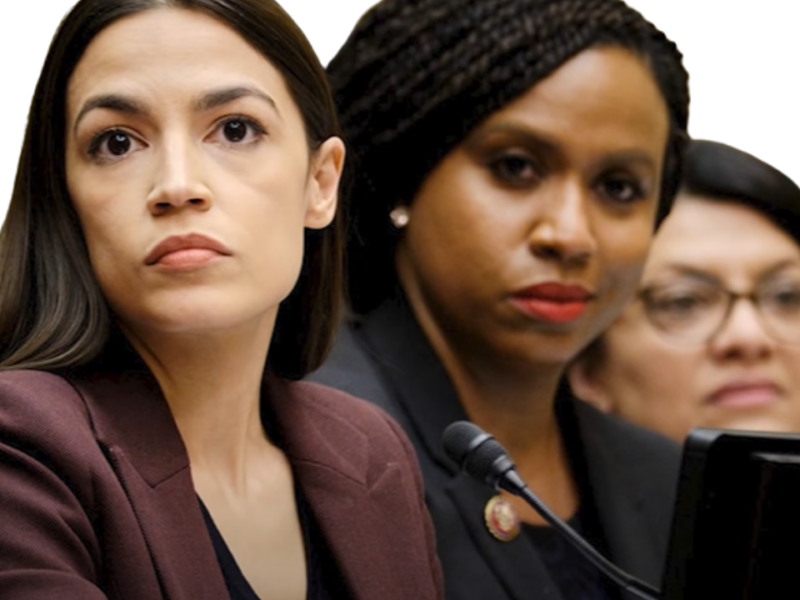 On Tuesday, US House Representatives, dubbed “The Squad,” scored a symbolic victory, successfully squashing $1 billion for Israel’s Iron Dome defense system, surprisingly, with the help of House Republicans. The aid to Israel was tucked into a massive funding bill going through the House of Representatives.

House Speaker Nancy Pelosi had made a last-minute decision to add the money for Israel into the bill and forgo the typical debate on such measures. Her decision raised eyebrows…and the ire of the Squad members, Alexandria Ocasio-Cortez (AOC), Ilhan Omar, Ayanna Pressley, Rashida Tlaib, Jamaal Bowman, and Cori Bush, as well as fellow progressives Betty McCollum and Pramila Jayapal. The Squad and company informed the House leadership that they would not have their votes if the Iron Dome funding remained in the bill.

Even though Democratic leadership has insisted that the Squad does not sway their commitment to Israel, the freshman foursome (AOC, Omar, Tlaib, and Pressley) have demonstrated that they will not be taken for granted, especially when it comes to Israel or the Palestinians. This may have been true before the last election when the Democrats had a comfortable majority. They could afford to lose the five to eight votes coming from the Squad and their sympathizers. But now, they only have an eight-seat majority. That means they can only handle four defectors. The fifth one would give Republicans a victory.

House Republicans also had a part in the drama (which some characterize as “a storm in a teacup”). Supposedly, the Democrats had hoped to pull in a few GOP votes by including the Iron Dome…but no one budged, even before Pelosi agreed to pull the Iron Dome funding out of the measure. House Republicans were not planning on voting for the legislation—regardless of the Iron Dome. The bill was really about avoiding a shutdown of the US government—and the political stalemate between Democrats and Republicans won the day.

The $1 billion Israel is asking for is about 60 percent of what the US has sent over the last decade for Iron Dome funding. Both Democrats and Republicans say the funding will still be considered…just as a separate measure. And it is expected to pass.

Israel Foreign Minister Yair Lapid thought the whole matter had less to do with Israel and more to do with politics, but nevertheless, he weighed in. And he is right. The US Congress is still overwhelmingly pro-Israel. Still, this is an uncomfortable precedent.

“After years in which the previous government (Netanyahu) neglected Congress and the Democratic Party and caused considerable damage to Israel-US relations, we are today rebuilding a relationship of trust with the Congress.”

It turns out that the Squad’s “victory” was very short-lived. On Thursday, the House took up a standalone bill on the $1 billion in funding for the Iron Dome, as promised. It passed with an overwhelming majority—420-9. Surprisingly, AOC opted to abstain by voting “present” instead of voting “no” like the rest of the Squad.

For just $100 per month you can bring the gospel to 10,000 homes. Join us as media missionaries! GIVE NOW
VIEW COMMENTS
« Here’s Why You Should Lean Into The Heart Of God YouVersion Sets Goal To Make Entire ‘Bible’ Available In Every Language »